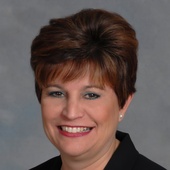 Get to know Vickie McCartney

** Inactive as of Sept. 27th, 2011**Vickie McCartney is Your Owensboro, Kentucky Real Estate and Home Marketing Specialist  that exceeds your expectations, and  specializes in happy endings!  She is an experienced and a PROACTIVE Real Estate BROKER (Associate)  licensed in Kentucky,  Focusing on the Owensboro, KY area, a Realtor and Real Estate Blogger, an experienced Staging Professional, an Accredited Buyers Representative, a certified E-Pro Internet Professional, as well as a dynamic ,proactive and assertive Real Estate Broker with over 12 years of Real Estate experience  and 20 years in Sales and Marketing.  She has been selling Real Estate full time for many years, 7 of those years as the Broker/Owner of a successful Real Estate company called McCartney Real Estate in Brownsville, TN. and was awarded the '"Small Business of the Year Award' in just the second year in business, so she really does know how to get the job done. She is married to her high-school sweetheart, has 4 grown children and 2 wonderful grand-children that she truly adores! (yes, she is a "young" grand-mom :)  She has had to relocate many times because her husband's job promotions, and can truly can relate to anyone relocating and is especially in tune to what is entailed in relocating and in moving!  ( She have lived in Pennsylvania, South Carolina,Tennessee and now Kentucky).  When you are ready to buy your dream home or sell, especially in the Owensboro, Kentucky area or just have some questions you need answered, just call or text Vickie McCartney,Realtor or if you prefer, you can just send an email.

This competent, highly energized, no-nonsense professional delivers what is promised.  Her background as a registered nurse also contributes to her caring attitude and genuine desire to help others.  You will discover quickly that I she is one of the hardest working Realtors in Owensboro, Kentucky and is considered a Go-Getter! She simply gets the job done! Look no further, this is the Dynamic Real Estate Broker is the one you are looking for when it comes to Owensboro, Kentucky Real Estate and the only one you will ever need. Vickie's newest investment in Real Estate has been taking classes in Staging Homes so that she may pass on her knowledge to YOU. This experience in Staging homes is just another way she is constantly learning and searching for knowledge and new ways to serve you better. You simply work together and partner as a "team" and get the job done!  Owensboro, Kentucky Real Estate is her main area of focus.

All About Owensboro, Kentucky

Kentucky Farm living through the eyes of a child!

Happy as a Lark at Yellow Creek Park in Owensboro, KY!

bookmark_borderbookmark
ActiveRain Community – about 11 years ago

Happy Thanksgiving to all of my friends and clients in Owensboro, Ky!

The Facebook Phenomenon. How much sharing is too much?

The Adult education programming is available at the Longfellow Education Center.Owensboro is home to two four-year liberal arts colleges--Brescia University and Kentucky Wesleyan College. Each has an enrollment of approximately 800 students. The region is home to the Owensboro Community College, one of 13 community colleges in the Kentucky Community and Technical College System (KCTCS). More than 2,300 students attend the community college. The two locations of Owensboro Technical College, located in Owensboro, are also a part of KCTCS.

Arts and Entertainment for the Owensboro,KY area

The RiverPark Center
The curtain is always rising on a new event at this performing arts and civic center which is located on the Ohio River in downtown Owensboro. The RiverPark Center includes a 1,500 seat multi-purpose auditorium, an experimental theatre that seats up to 300, lobbies and support facilities, a riverfront plaza, an open-air courtyard, and meeting/reception rooms. Each year, the RiverPark Center hosts more than 150 performance events and more than 900 civic events.

The International Bluegrass Museum
Bill Monroe, known as the "father of bluegrass music," was born and raised in Rosine, Ky., just a short drive from Owensboro. That tradition is still alive and well in the area and is celebrated at the International Bluegrass Music Museum, which displays the history of bluegrass music through interpretive exhibits, posters, costumes and instruments. Other local bluegrass events include a winter concert, the Yellowbanks Dulcimer Festival at English Park and the annual Bluegrass Blast during the last weekend in September.

The Public Library
The Daviess County Public Library provides services to the entire county population from a single facility located in Owensboro. The library provides a wide array of services, including materials in all formats for all age groups; reference and information services; Kentucky history and genealogy research services; interlibrary loan; programming for children and adults; homebound delivery service; public access internet; dial-in access to the on-line catalog; fax and photocopy services; and outreach services to schools, daycare and headstart centers, and other community agencies. About 275,000 people visit the library each year.