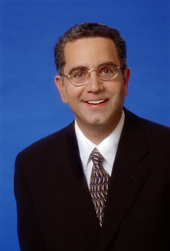 Get to know mike foti

On a regional basis (in the Cleveland, Columbus & Cincinnati Ohio markets) we supply and install bathtub and shower liners, wall surrounds and replacement windows and doors (through our Bath Doctor, Clear Choice Window & Door and Cleveland Window divisions).

If someone needs help remodeling a bath, kitchen or basement our Cleveland Design & Remodeling and Cincinnati Design and Remodeling divisions can assist.

Home Improvement – over 7 years ago

Home Improvement – over 7 years ago

Mike Foti is President of Innovate Building Solutions (some of the brands include Columbus Glass Block, Cleveland Glass Block, Mid America Glass Block, Eastern Glass Block, Bath Doctor, Cleveland Design and Remodeling and Columbus Design and Remodeling and Cincinnati Design & Remodeling. Mike purchased the business from his father Joe in 1989 and set upon an aggressive growth path to expand the company both geographically and with new products and services that can add value to our customers’ properties. Mike has authored over 100 articles on glass blocks, windows, doors, bathtub and shower liners and remodeling. In addition Mike is the author of “News from the Block” (www.newsfromtheblock.com ) – a remodeling blog with tips and ideas for the nicest home or business on the block.

Currently his corporation is a value-added installer/fabricator and nationwide supplier of glass blocks, replacement windows, doors and bathroom, kitchen and basement remodeling serving residential, commercial, and builder/contractor markets. His businesses have 4 offices in 3 states (Ohio, New York, and New Jersey) and have received the Northcoast 99 award as a best employer in Northeast Ohio, the Angie’s List Super Service Award, the Community Pillar Award for Community Service, and is the Consumer’s Choice Award Winner in Columbus.

Mike is also President of Leadership Builders. Mike speaks nationally to construction and building based companies and associations on getting results through people. He has authored over 80 articles on leadership in both local and national publications and has written a book titled “Conversations on Leadership.”

Mike began his career with Cleveland Twist Drill and progressed to be a Product Manager at the age of 24. He purchased Cleveland Glass Block when he was 25 years old.