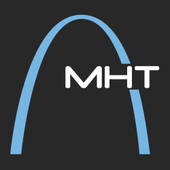 Get to know Jason Lusk

Jason Lusk is a photographer based in Pacific, Missouri.

I hold a degree in Graphic Design with an emphasis in Photography from the Metropolitan Community College in Kansas City under the direction of some of the faculty of the The Kansas City Art Institute. I first began his interest in photography back in 1991 while attending Northwest Missouri State University. Some of my most interesting times in college where in the darkroom, watching my images come together. I have memories of trying to get the “the shot”. Once I even dangled out of my sixth floor window during a lightning storm learning how to expose correctly to capture the storm.

I came to be a full time photographer out of a desire to change and to be out in the world. After completing my degree in Psychology, I moved to Kansas City where I found myself working as a waiter on the Country Club Plaza. After nearly two years, I decided to go back to school to pursue a more fulfilling career.

At the time I returned to school, digital photography was just beginning to gain traction and interesting things were beginning to happen. I’ve always loved photographs since having a Kodak Disc camera in the mid 1980’s. I knew that to become a good digital photographer, you had to become good with using computers. I took coursework and graduated with a degree in Graphic Design with an emphasis in photography. Out of college for a second time I worked as a layout artist for Lifetouch Publishing. Near the end of the yearbook season, I decided a change was needed. I needed to get out in the world, work directly with people, and do something more than I was doing. Problem was, I didn’t know what that was.

That’s when my life changed. A company called Builder Consulting in Kansas City had an ad for a photographer to help with real estate listings on their website. I jumped at the chance. Within a short time I new this is what I wanted. I was soon considered their go-to photographer. I left Builder Consulting in 2007 as my new wife and I decided to take advantage of her new degree and do travel nursing. We spent the next two years living in California, Nevada, and Vermont – she a Nurse, I a Photographer. After two years we then decided to settle down and found she was also pregnant. We then purchased a home near her parents here in Pacific. In 2009, I began Missouri Home Tours, providing property photography to real estate professionals and home owners around the St. Louis, Missouri area.