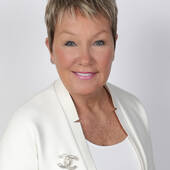 Morris County Realtor With Over 36 Years of Experi

When Choosing Jackie To Represent You With Any Of Your Real Estate Needs You Are Getting A Knowledgeable Realtor licensed since May 6,1986.

Get to know Jacqueline "Jackie" Scura

When Choosing Jackie To Represent You With Any Of Your Real Estate Needs You Are Getting A Knowledgeable Realtor licensed since May 6, 1986. Since then, Jackie Has Accumulated A Host Of Awards And Recognitions. In 2008/2009 Jackie Had Closed Over $110 Million In Real Estate Transactions. Jackie Has Been Named Morris County's # 1 Realtor By IMS Statistics Company. At Year's End Of 2009 Jackie Was The #1 RE/MAX Realtor In The State Of New Jersey, #19 In The Nation & #37 In The World.

What do "Short Sales" Mean to You?

Jackie Says . . . What's Holding You Back

Jacqueline Scura, Broker of RE/MAX First Choice Realtors with offices In Parsippany and Roxbury. First licensed on May 6, 1986 and owning her own business since 1990. She is a dedicated and dynamic woman who believes in the importance of competent personalized service and who has the uncanny ability to listen to people and sincerely care about their needs. Jackie has been a consistent top producer since entering real estate. Jackie has again been named the #1 RE/MAX Agent in all of NJ!  Setting the standard and breaking records is nothing new. Throughout her career she has won the New Jersey Association of Realtors Circle of Excellence Award attaining the highest level Diamond Club Award. She has also earned several top sales awards with the RE/MAX organization, including the esteemed Chairman's Club, prestigious Lifetime Achievement Award as well as the Hall of Fame Award. These are the highest awards that RE/MAX offers establishing Jackie in the elite echelon of RE/MAX agents in New Jersey!