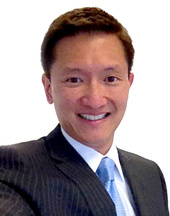 Get to know Nelson Chen

Nelson Chen is the President of The Chen Agency in Fort Lee, New Jersey. He obtained his real estate salesperson’s license at the age of 18. Over the past twenty-four years he has distinguished himself as one

of the most accomplished Realtors in the industry.

In 1998 the Eastern Bergen County Board of Realtors named Nelson as the Realtor of the Year.

The Realtor of the Year award is one of the highest honors that the Board bestows upon its members. Criteria for selection include faithfulness and furtherance of the Realtor code of ethics, local Board involvement, State and National Association involvement, business accomplishments and community service involvement.

In 1998, 2002, 2003, 2007 - 2011 Nelson served as the President of the New Jersey Multiple Listing Service. He is currently serving his 9th term as President of the NJMLS, a multi-million dollar non-profit corporation that serves all of Bergen County and surrounding areas.  It provides detailed listinginformation on properties to over 8000 member real estate agents. Nelson has been a member of the NJMLS Board of Directors since 1995.

In 2009 the Fort Lee Chamber of Commerce named Nelson as their Person of the Year in recognition of his business accomplishments, civic contributions and concern for the welfare of the community.

While actively involved in these community organizations Nelson has also garnered many business accolades. He has been a licensed real estate agent since 1986. In 1998 he was awarded Lifetime Membership in the NJ Association of Realtors Million Dollar Sales Club after having achieved the award for ten consecutive years and accumulating over $100 million in sales. Nelson’s career sales now exceed $400 million.

Edgewater New Jersey Luxury Townhouse for Sale at the Vela!

Getting to Know The Carlyle, Cliffside Park NJ

Getting to Know The Royal Buckingham, Fort Lee New Jersey