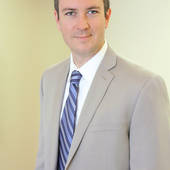 Get to know Nick Heth

A Minnesota native, Nick graduated with a Bachelors Degree from the University of Minnesota in 2002. In 2004 he moved to Phoenix to pursue a career in the mortgage industry. Over the past 9 years Nick has earned the respect of clients and colleagues alike as a Vice President of Mortgage Lending

Nick enjoys the challenges of this ever changing industry and has built his reputation on a foundation of satisfied customers and valued realtor relationships.

In addition to providing superb customer service, Nick remains active in the community and enjoys philanthropic endeavors. In 2008 Nick was honored by the Cystic Fibrosis Foundation as one of AZ's Finest. He has also been actively involved with the 20/30 Club of Phoenix, serving as the treasurer on the executive board from 2005 through 2010 and as the chair of the annual Phoenix Suitcase Party. Nick has also served on the board of directors for the Children in Need Foundation since 2009. In 2010 Nick graduated from the Valley Leadership Program with the Phoenix Leadership Institute.

Nick lives in central Phoenix with his wife Katy, their daughter Hannah, and son Tyler.

I specialize in residential mortgage loans, prices ranging from $50,000 to 5,000,000. I'm espcially happy to assist first time homebuyers, and will typically spend 2 hours taking them from A to Z. I find that by educating my clients about the process, it reduces the amount of surprises and makes the whole transaction go much smoother. My goal is to make getting a loan as easy as possible while maintaing open communication throughout the process.