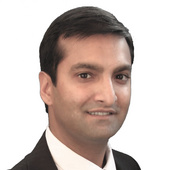 http://www.nknarula.com
Real estate buzz from someone who is NOT in Real Estate!
Rainer 20,868
Contact

Get to know Neil Narula

Neil Narula is a Microsoft Certified Systems Engineer with a Security Plus concentration. He obtained his Bachelor of Science in Physics from West Chester State University in Pennsylvania in 1992 where he held the role of President of Sigma Pi Sigma, the Physics Honor Society for his junior and senior years.

After graduating WCU, Mr.Narula started his professonal career at ACS Software Services where he held the role as programmer for 2 years. It was after he made ground breaking modifications to the PICK Operating System that his talent for Systems Engineering was first displayed.

Several years later, Neil moved on to head the Engineering department at ACS Software before taking the position of Network Systems Administrator at International Envelope Company where he led the project team involved with moving the corporate headquarters from New Jersey to Pennsylvania.

Shortly after IEC's offices were consolidated, Neil returned to ACS as Research and Development Manager where he led a team of 12 programmers that successfully created a dynamically generated Graphical User Interface for several high end accounting and manufacturing applications (currently still in use by GM and The International Longshoremen's Association, AFL-CIO).

As the project came to fruition, Mr.Narula began his independent consulting career providing on-demand technical support and project management for premier multi-million dollar companies located in Chester, Montgomery, Berks and Philadelphia counties. Neil expanded the business for several years to include a cabling division which also provided support for telephone and alarm systems , but has since come back to his roots as a Business Technology Consultant and Network Engineer for a handful of select clients located in West Chester, Pennsylvania and Charleston, South Carolina.

More information on Technology Solutions by Neil Narula, LLC can be found at www.nknarula.com

Is your network very slow while Symantec endpoint protection is enabled?

Do you have a technical issue outside the scope of your in house staff?

Not ready to take on the burden and the high cost of hiring employees?

Technology Solutions by N.K.Narula, LLC is committed to delivering the highest level of service imaginable to help our clients tap the full potential of their computer network and the internet.

While it is vitally important to have a mastery of the technical aspects, it's equally crucial to respond to your needs with prompt, courteous and efficient service that is fairly priced.

So whether you have an extensive network with the latest equipment, or a single older machine, Technology Solutions by N.K.Narula, LLC will treat your project like it's the most important job we've ever tackled ... because to you and your business, it is.

"I believe every job is a self portrait, and I autograph my work with with quality. That is my philosophy and my commitment."