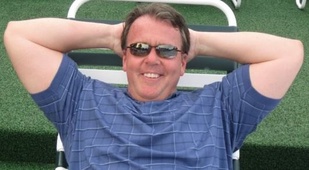 Our staff is dedicated to simplifying your process of obtaining commercial capital.

Get to know Herb Johnson

Herb's abilities as a realtor are held at the highest moral and ethical standards. His knowledge and understanding is second to none. Herb never ceases to amaze me with his concern for others." February 12, 2010  Jeff Matteoli, IT Professional

"I have known Herb for many years now and have come to expect a high level of personal service from him. He never disappoints! His business practices are above reproach and always delivers far above expectations." February 23, 2010  Steve Glacken, Business Development Officer, Stewart Title

"Herb and I have been involved in projects together. Herb has the uncanny ability to sift through minute details to determine the proper course of action, successfully providing the leadership to solve problems both quickly and ethically." February 11, 2010  Ron Lacombe, New Business Development, Arvin Meritor

As with a lot of people, today's economy had me down and I needed professional help. After talking to a few realtors all I got was what I didn't want to hear. What was I going to do? It seemed I had very few options then I remembered a friend from school named Herb Johnson. I called Herb and explained my situation. He was honest, straight forward and said he may be able to help me.  In today's economy I thought I was in for an upward battle. Herb not only helped but through the entire process, stayed in contact and had a way of keeping my attitude positive. Keep the faith buddy is what Herb told me and he was right. His professionalism is second to none but he also added that personal touch that helped me through a difficult time.  Thanks again Herb for being a great friend.      March 14, 2011  Jeff Alsip, Alsip Masonary.

Signs That It May Be A Good Time To Sell Your Northern Kentucky Home.

Is It An Opportune Time To Buy A Home?

ActiveRain Community – about 8 years ago

Mistakes To Avoid When Selling Your Home.

When working with us consumers would be hard pressed to find more comprehensive lending  plans that are available.  Are there other firms that have proven success in our market?  Of course.  Yet our scope of lending services definitely rivals a select few and surpasses most of those currently used.

Our staff is not intimidated to learn and implement the newest lending solutions to supplement other more traditional sources of financing.  When working with business owners we sit down to discuss their capital needs and explain what their goals/needs are before ever suggesting products.  Our goal is to align their expectations with the realities of their finances, timing and current market conditions.  Get capital when you need it most can be a daunting process at times but only if you don't have qualified professionals to guide you.  When working with our staff, we make sure to address and alleviate as many of those concerns up front as possible to provide a much more comfortable process.