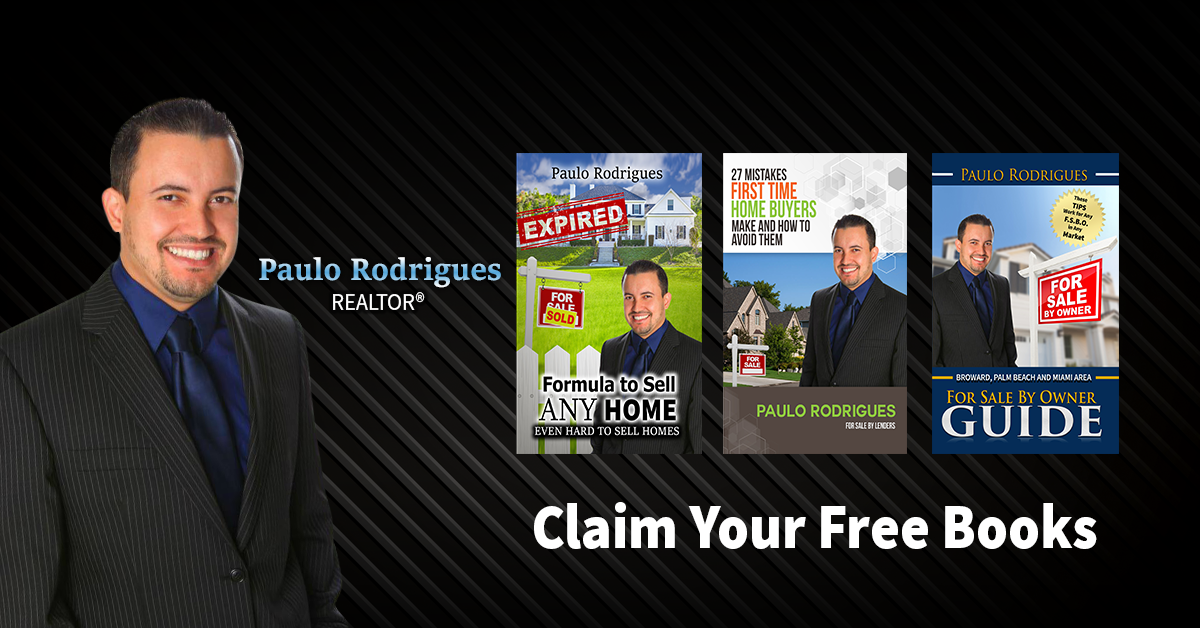 Get to Know Paulo Rodrigues

Someone you can trust.

The most important thing when choosing a real estate professional is to find someone you can trust. I have a history of success and integrity in real estate that you can depend on. I am an experienced negotiator with expert knowledge of the local market. You can count on me to always work with your interests in mind, and to represent you and your wishes to the best of my ability.

The Best Service, The Best Results

Choosing a real estate agent who has the tools, skills and experience to make your dreams come true can be as challenging as the home buying process itself. Let me make it simple for you.

My Commitment to You

In the least amount of time possible, I will get you the best price on a home that is perfectly suited to your needs and lifestyle, not just today, but for years to come.

Good communication is the cornerstone of any successful relationship. You can count on me to provide you with the information you need on a schedule and in a manner that suits you best...

Coconut Creek, the Butterfly Capital of the World, is located approximately 20 minutes northwest of Fort Lauderdale in Broward County. The city is 11.3 square miles with 45,517 residents. Incorporated in 1967, Coconut Creek is recognized as a well-planned, rapidly-growing, and a beautifully landscaped community, and is considered one of the leading cities in Broward and South Florida. Environmentally-oriented, the city pursues a friendly, progressive approach to creating a livable suburban lifestyle for its residents and businesses.

Coral Springs is one of the most successful planned communities ever built in Broward. Now 40 years old and known as the "City in the Country," Coral Springs has become the premier South Florida community known for its abundant parks, quality schools, athletics programs, and attractive neighborhoods.

Dania Beach's beautiful pristine beaches, canals, and Intracoastal Waterway make them one of the few cities in Broward County with unobstructed ocean access. With an average temperature of 72 degrees, a world-class pristine beach, the Dania Beach Fishing Pier, marine related activities, beautiful state and county parks, numerous city and neighborhood parks, this is the perfect place for year-round outdoor activities. The City of Dania Beach mixes accessibility with charm and friendliness while continuing to have a "hometown" feeling.

Davie, a family oriented and diverse community that retains its hometown feeling, offers customer-friendly services to its residents and is a unique jewel in central Broward. Davie treasures its environment and rural and equestrian lifestyle, while attracting, encouraging, and retaining viable economic and educational opportunities.

Deerfield Beach remains a delightful respite with a distinction all its own. Known for its serene beaches, Deerfield Beach is the pride of Broward County, located on the Atlantic Ocean just two miles south of the Palm Beaches and twenty miles north of Fort Lauderdale.

Fort Lauderdale was incorporated on March 27, 1911 and is situated on the southeast coast of Florida, centrally located between Miami and Palm Beach. Encompassing more than 33 square miles with a population of nearly 167,000, Fort Lauderdale is the largest of Broward County's 30 municipalities and the seventh largest city in Florida. Embraced by the Atlantic Ocean, New River, and a myriad of scenic inland waterways, Fort Lauderdale truly lives up to its designation as the "Venice of America."

The Town of Hillsboro Beach is situated on a small peninsula north of Pompano Beach in Broward. It extends 3.2 miles from the Hillsboro Inlet on the south to Deerfield Beach on the north, and is bordered by the Atlantic Ocean on the east and the Intracoastal Waterway on the west. Its greatest width is about 900 feet. It has but one road, the beautifully scenic A1A.

Hollywood is a coastal city of over 130,000 residents located in Broward, nestled between Fort Lauderdale and Miami. The City of Hollywood is a mature and built-out community, and it has become the second-most populated city in Broward County and the ninth largest city in the state of Florida.

Lauderhill makes good sense for business purposes. Our city is located in Central Broward County, less than one mile west of the city of Fort Lauderdale. Lauderhill encompasses 7.08 square miles, with a population of over 50,000 persons and contains an abundance of fine single- and multi-family residences. The business community is diverse, ranging from service organizations to light industry. The median age of Lauderhill residents is 35.5 years, and 56.3% of the population is between the ages of 18 and 64.

The city of Lauderdale Lakes is in a transformation process which is built around some common themes and values being carried out with outstanding teamwork. At the heart of this change is a drive to "become the best city of its size." This concept is punctuated by emphasizing qualities such as the highest ethics, honesty, openness, fairness, professionalism, and superb customer service. With these values as its foundation, the city has been able to continue the transformation and a path of significant progress.

The prettiest small town in America, Lauderdale-By-The-Sea in Broward County is a charming seaside village east of Fort Lauderdale where the gentle trade winds blow soft caresses and pelicans fly overhead. The town is a fabulous place to visit, but it's also a great place to make your home or business.

Lighthouse Point is a small town in Broward that wishes to remain so. The leisurely lifestyle appeals to its residents and they have no need to be concerned about future expansion. Characterized by informal affluence and a leisurely pace, the attractive neighborhoods are quiet, tree-shaded, and water-laced. Of the residences, 80% are single family homes, many of which front the city's 18 miles of waterways.

The City of Margate is located in Broward County in southeast Florida near Ft. Lauderdale, and is a resort and retirement community. The population is approximately 53,909, with the approximate number of families being 21,647 (1990). The amount of land area in Margate is 22.902 sq. kilometers, and surface water is 0.354 sq. kilometers.

Situated in southwestern Broward , Miramar is 14 miles in length from east to west and 2.5 miles in width. It is the second largest city in Broward. Six elementary schools, one middle school, and a high school are located in Miramar and there are 22 neighborhood parks and five community parks in the city. From the time of its founding in 1955, Miramar has been and continues to be a family-oriented community.

The city of North Lauderdale, incorporated in 1963, encompasses an area of five square miles located just south of Coral Springs in Broward County with a population of 41,000. North Lauderdale offers excellent schools and proudly boasts the nation's first municipal Charter High School. The city also provides extensive recreation facilities and prominent businesses, as well as a variety of shopping and dining.

Oakland Park in Broward County has come a long way since incorporation in 1929. Its 31,000 + residents enjoy a quality of life that combines cherished small town values with a vigorous new town spirit to make a safe, friendly haven for families to live and grow. Wonderful parks, outstanding recreational opportunities, top-rated public and private schools, excellent medical facilities, world-class restaurants, convenient shopping... Oakland Park has it all!

Parkland , Florida (Broward County's fastest growing city), is a tranquil city nestled in a serene, wooded environment in Northwest Broward. Its features are predominantly residential, with a small portion zoned for commercial and industrial development. The current population is approximately 22,000 residents, with long-term projections calling for an eventual population of approximately 35,000 residents. Just steps away from Coral Springs and the Palm Beach County line lives a city that resides safely and quietly with beautiful trees, scenery, and security. It is a forest town, and trees predominate on land formerly owned by large cattle ranchers.

Pembroke Park is 1.3 square miles located not far from Fort Lauderdale in Broward with a population of 5,610. It is a great refuge for French Canadians and others looking for sun, and the town's population more than doubles during the winter. Its 17 mobile home parks here are generally attractive and well-maintained with higher-priced mobile homes averaging $36,000. The town of mostly retirees also has a handful of apartment buildings and single-family homes.

Located in Broward County and situated between the Atlantic Ocean on the East and the Everglades on the West, and Dade and Palm Beach Counties to the South and North, Pembroke Pines is the 9th largest city in Florida. Pembroke Pines is an energetic, on-the-move city with an exciting future for you, your business, and most of all, your family.

Bask in a warm welcome that can only be found in Plantation , the "Dream City". Located in the heart of Broward, this gracious South Florida city has long been known for its hospitality, which encourages newcomers to feel immediately at home. Residents and corporate citizens value Plantation 's unique character. Its energy and promise for the future is unparalleled in South Florida. Although Plantation was born as a suburb of Fort Lauderdale, its charm, beauty of natural surroundings, and prime location near major roadways have caused it to grow into a flourishing city in its own right.

Located in the heart of Florida's Gold Coast along miles of beautiful sandy beaches in Broward County, you will find the city of Pompano Beach . Pompano Beach is a haven for boating, fishing, scuba diving, snorkeling, and sun-worshipping beachgoers with its beautiful sunny weather, 3-1/2 miles of golden beaches, the Intracoastal Waterway, numerous canals, and a living reef offshore. There are also 19 impeccably-maintained parks for sports enthusiasts and family recreation. In addition, you will find a wide variety of shopping, dining and entertainment.

Sea Ranch Lakes, Florida, is located in Broward County and is only twenty minutes from Fort Lauderdale International Airport. Sea Ranch Lakes is a very small coastal village nearly entirely surrounded by a five-foot high pink wall. This exclusive, private, gated community of 600 people is located between the sandy shores of the Atlantic Ocean and the Intracoastal Waterway. This wealthy, low-crime village has its own private beach, swimming pool, and clubhouse. Sea Ranch Lakes exemplifies a quiet, suburban community where 92% of the residents are employed as white-collar workers.

The Town of Southwest Ranches, located in Southwest Broward , is approximately 13 square miles and is home to over 7,000 residents. The town is a rural environment filled with grazing animals, nurseries, farms, exquisite and unique scenery, and an abundance of wildlife. The zoning in the town is almost entirely rural residential and agricultural, which requires that lots be a minimum of one to two acres. We also have a growing amount of zoning for recreation and open space, which preserves land for residents' enjoyment.

The city of Sunrise, located in western Broward County , is home to 87,000+ residents and host to more than 27 million visitors each year. Situated in the heart of the tri-county region (Miami-Dade, Broward and Palm Beach ), we're proud to be the gateway to a vast number of business, residential and entertainment opportunities - and the stage for spectacular, color-washed sunsets. Sunrise is the 18th largest of Florida 's 400+ municipalities, as well as one of its most progressive.

Since its incorporation in 1963, Tamarac has prospered and grown into a full-service city. Tamarac is 12 square miles located in central Broward County. The approximate population is 56,444. and the city's projected population at build-out is over 60,000. Tamarac is in the heart of the South Florida cultural and business climate. This central location makes Tamarac a key city for business, leisure, and recreation.

Weston is currently the 11th largest city in Broward and the 33rd largest city in the state of Florida . The official Weston population as of July 1, 2003 is 61,557 over 16-square-miles of city. The average home in Weston sells for $271,000, some 20 percent higher than the South Florida average. It has Broward County's lowest crime rate, and one of its highest concentrations of A-rated schools. In addition, you will find an expansive REMAX PARKCREEK !