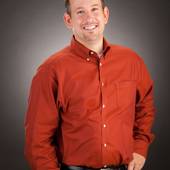 The Bergamini Group is a professional Real Estate team focused on Customer Service and hard work.

Get to know Brad Bergamini

Brad Bergamini, REALTOR®, GRI, CCSS, SFR, is a Prescott area native and father of six. He enjoys his family and spending time with his wife and high-school sweetheart, Jen, who works by his side to coordinate the award-winning customer centric work of The Bergamini Group. Brad has been a Realtor since 2002, worked as a loan originator and customer service industries prior to that. He has served as a member of the Board of Directors for Arizona Association of Realtors (AAR) for 4 years, Prescott Area Association of Realtors (PAAR) Board President in 2017 and has been volunteering as a leader at PAAR for almost a decade. Brad ranks among the Top 1% of real estate professionals in the United States according to “REAL Trends” America’s Best report since 2012, has been named one of Arizona’s “Top 100 Most Influential Agents”, and was nominated for the Arizona School of Real Estate and Business Team of the Year Award for 2016.Consistently top ranked in number of sales, five-star reviews, and the most active listings locally according to both Zillow and Trulia. Brad was awarded #2 for production at Realty Executives International in 2017 and has been in the Top 1% for years.

bookmark_borderbookmark
Real Estate Sales and Marketing – over 7 years ago