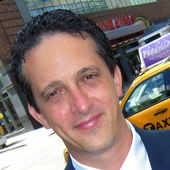 The only Real Estate Advisor that you need in New York City!

Get to know Paul Zweben

This sums up what I am all about from our Real Estate Assistant....

Writing a stealth account or exposé on Carolyn and Paul Zweben is a bit tricky when you work for them...so I apologize in advance for this confessional, semi-heartfelt rant and if you never see my Part 2: Carolyn Zweben (the truth revealed!) you know that I no longer am employed at the Zweben Group.  Ok, enough with the introduction... The "Zweben Group" is one of the top teams at Prudential Douglas Elliman, the largest real estate company in NYC and consists of Carolyn Zweben, Paul Zweben, and yours truly, Heather Burns.  Although I have not always been a Zweben, the more time that passes, I find myself responding to the call of "Zweben"!  Since I can't divulge all of the eccentricities and personalities of our clients...I'm sure many of you are reading this (and you do provide some very juicy material), I thought I would start with the Zwebens themselves, or ourselves!

So you want to live at 160 Riverside Drive?

If Paul were a superhero, his special power would definitely be super speed!  Everything about Paul is fast...he walks fast, he talks fast, he definitely emails, texts, and even ends conversations fast:  "OKBYE": it's one word.  Then he miraculously disappears.  Paul is one of those freakish people who can wake up at 5AM, respond to any emails sent in the middle of the night or to international buyers, perhaps have a phone conversation or two with other early birds and then head to the gym by 6AM, office by 8AM, work until 5 or so, cocktails with clients, and then work the door of his new restaurant, Bar Bao, until 11PM.  The one thing I think would really help him with his speed is his superhero suit.  Now, if you know Paul, it is rare to see him out of his fancy Tom James suit (the only reason I know he wears Tom James suits is that he tells everyone!).  I think if he had his custom made suits tailored with a spandex or lycra blend, he could launch himself out of the room even quicker and perhaps squeeze in an extra appointment per day.  I thought about whether he could pull off a Clark Kent/Superman type of layering with his work suit over his Superhero suit, but honestly think that Paul is empowered by his Tom James suit and like Samson who loses his super strength when he cuts off his luxurious locks, I think Mr. Z might dissolve if he were to remove his work suit.  Instead, if he were to adjust with a new stretchy material, and perhaps replace his jeweled cuff links with a James Bond-like Blackberry powered device, then he could feign adjusting his cufflinks while actually responding to emails from his clients.

Paul's tag line on his signature is "The Zweben Group-We make it happen."  I used to think this was slightly cheesy but Superheros aside, I don't know anyone other than Paul who DOES make it happen and make so much happen throughout the course of a day.  I may not be a Zweben by birth, but I'm happy to be a part of the adopted, very dysfunctional Zweben family.  Come back next time to read about everything Carolyn doesn't want you know.... J