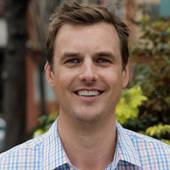 Andy Read is a Principal and Broker for Caldecott Properties. Andy specializes in real property sales in the East Bay including single family homes, condominiums, lofts and development sites.

Get to know Andy Read

Andy specializes in real property sales in the East Bay including single family homes, condominiums, lofts and development sites. Since 2002, Andy has sold over $200MM of real estate in the East Bay.

Andy began his real estate career in 2001 as a licensed Sales Associate in New York for Fenwick-Keats, a residential brokerage in Manhattan.

In 2002, Andy returned to the East Bay and was a Senior Sales Associate for Lofts Unlimited / Urban Bay Properties in Oakland.

Prior to his real estate career, Andy worked in San Francisco for advertising agencies Hampel/Stefanides and Goldberg, Moser, O'Neal (GMO) where he planned, managed and purchased annual media plans in excess of $50MM for clients including Dell Computers, NEC and Beringer Wine Estates.

Andy was born in Berkeley, raised in Orinda, and is a graduate of U.C. Davis with B.A. degrees in Sociology-Economic Organizations and Philosophy.

Andy donates a portion of each of his sales transactions to Berkeley's East Bay Humane Society, the East Bay's only no-kill animal shelter.

bookmark_borderbookmark
ActiveRain Community – about 11 years ago

Are there any foreclosed, bank-owned, REO or potential short sale properties in the East Bay cities Lafayette, Moraga or Orinda (Lamorinda)? If so, what type of discount are they selling for?