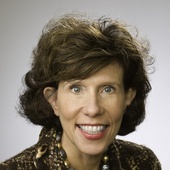 I am an enthusiastic individual who would like to be YOUR source of real estate and neighborhood information in Newport County and beyond.

Get to know Michelle Drum

I am an enthusiastic, energetic honest real estate broker who understands that buying and selling real estate is a major investment for my clients and I try to make sure that my clients always feel that I have exceeded expectations. I have a broker's license, and I am also an Accredited Buyer's Representative and have my GRI.  Even more importantly I  am a  Certified Residential Specialist which means I am among the top 5% of agents in America.

I am President of the Newport County Board of Realtors and President Elect of Women's Council for Realtors for Newport and Kent County.  I live in an antique school house with my husband and our greyhound Gustave and have the pleasure of being able to walk to work when I am not showing property or otherwise real estate active.

I am also a passionate reader and a lousy sailor and golfer.

I originally moved to Newport in the mid 1986's from Columbia University to write my disseration about Frederick Law Olmsted, Jr. who had been hired by the City of Newport in the 1920's to write up a city plan, based on the brochure published by his famous father. I realized that I was not "cut out" to be a professor but would like to be more hands on and sell real estate.  And here, many years later--- I still am.

I purchased the Shiloh Baptist Church in 1990 which, with my husband, we have renovated and continue to renovate.  This ongoing repair/ maintenance project has only helped me counsel my clients.

I have my CRS, GRI and ABR designation.  I have been the Chairman of the Newport Historic District Commission, President of the Hill Association for almost a decade, and also served as a volunteer of many civic organizations.

2011 will be an exciting year for me as I have been nomimated as the President of the Newport County Board of Realtors and president elect of Women's Council of Newport and Kent County.

I also was appointed for several decades on the Newport Historic District Commission so I feel that I am knowledgeable about construction, zoning and know where to lead my clients to find information.