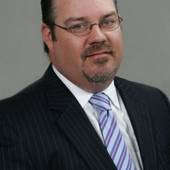 Get to know Richard Kruse

Mr. Kruse’s personal engagements focus on corporate disputes, as well as state and federal insolvency matters.  Since 1996 he has acted in the capacity of an interim manager, asset purchaser, liquidating agent, broker, property manager and/or auctioneer in transactions throughout the United States, Mexico and Canada.

In 2003 Mr. Kruse began focusing primarily on local projects and accepting Receivership Appointments throughout Ohio.  Since that time he has operated and sold, or wound down over 200 corporate entities.

He routinely teaches seminars on distressed asset management and corporate wind down.  Further, he is frequently consulted as an industry expert by Columbus Dispatch and Columbus Business First newspapers.

Mr. Kruse was recognized as “One to Know” in Real Estate 2013 by Business First and, in October of 2013, was appointed by Gov. John Kasich as a Commissioner on the State Auctioneers Commission.  He acts as advisor on strategy and finance to political candidates in Central Ohio and is a graduate of the 2006 Leadership Columbus Program.