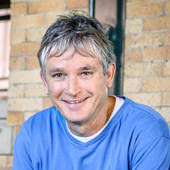 Most of all, You need to know that I truly love what I do! No one anywhere will work harder or smarter for you than I will! Give me a call today so we can get started and make all your dreams come tr

Get to know Rob Thomas

What I take Pride In....I take pride in representing my clients and referrals in the purchases and sales of single-family residences and income property within the Tri-Cities area including Virginia. I can promise you that no one anywhere will work harder or smarter for you than I will. Whether you are a First Time Home Buyer or selling your 20th Home....Let me work with you...You'll be glad you did!I am a lifelong resident of Bristol, TN....The birth place of Country Music, the home to beautiful mountains, lakes, rivers and the world famous Bristol Motor Speedway!...

I grew up on a farm in Holston Valley where I learned at a very young age the art of hard work. I attended Cold Spring Presbyterian Church and achieved The Eagle Scout Award with Troop 107 which was sponsored by our Church...after graduating from Sullivan East High School in 1979, I attended ETSU.

After a 20 year career in the automotive industry, (which began in Austin,Texas 1984) included co-owning Thomas Brothers Auto in Johnson City, TN and an association with Chip Thomas Consulting (a local company which offers sales and motivational training to automotive and non-automotive companies nationally), I began a real estate career in 2004 and have been truly blessed ever since.

In 2009 I was awarded the Bristol Tn-Va Association of Realtors Lifetime Sales Achievement Award.

In September 2009 I was elected to serve a 3 year term on the Board of Directors of the Bristol Tn/Va Association of Realtors.

In 2010 I obtained my Tennessee Brokers License.

Voted Best of Bristol For 2014 ..."Best Real Estate Agent" as Voted By Readers of The Bristol Hearld Courier

I will always strive to obtain the education necessary to provide the level of service I feel every client deserves. The main thing you need to know is that I truly love what I do ...and I will also provide buyers and sellers in both Tennessee and Virginia a level of service that is second to none in meeting their real estate needs.

Give me a call today ...I promise you'll be gald you did!

bookmark_borderbookmark
Local News and Events – over 1 year ago

bookmark_borderbookmark
Local News and Events – about 5 years ago

Getting to know me!

Just a little about Rob

I specialize in several areas of Real Estate....

The Listing of all price range Homes..... And having the Marketing plan in place to get these properties sold. My listings have ranged from the $50K priced Homes up to properties over $1,000,000. I have been blessed tremendously in this business and I have a customer base that is second to none. Most of my business is from repeat clients and referrals. I truly love what I do and will always be there for you no matter what you need. I strive to stay in constant contact with my sellers and keep them up to date on all showings and the feed back from those showings. I feel that if we work together as a team we will meet our mutual goals!

Relocation.....I love working with people who are moving into our area....this is so rewarding to me because I have lived here all my life. I feel that I know this area so well and I love sharing it with my clients. I display in my office the Tags from the States my Clients have moved from.....Alaska, California, Alabama, Florida, Michigan, Louisiana, New York and on and on. I have never met anyone who doesn't love our area!

This is a Great time to be in the market for a HOME or INVESTMENT PROPERTY!.....Let's start shopping today!

Helping you reach the end results you need ...want and expect! No one will work harder or smarter for you than I will!

Give me a call today ...You'll be glad you did!