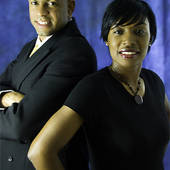 Get to know Rod Obee

Rod Obee is a native of Shreveport, Louisiana and has lived in the Washington DC, Virginia, Maryland metropolitan area for 20 years and resides in Stafford County.

Rod is a family man and has been married to his wife Lashree for 10 years.  They have three children (Shamequa, Paige & Joshua).   They all enjoy hanging out at home playing the WII, going to the movies, roller skating at Cavalier Skating in Stafford or out for pizza at CeCe’s on Route 610!

Rod & his wife Lashree are both ordained Ministers at Harvest Life Changers Church, International in Woodbridge VA.  Rod enjoys working with the Youth at this church in mentoring programs design to build and equip young men and women to reach their fullest potential.

Rod is a proud veteran of the United States Marine Corps and served in some of the most prestigious and extinguishing assignments of a Marine.  Rod served at the Diplomatic Missions around the world at the American Embassies in Central America and in the Middle East.  He also served at the Pentagon and most distinguishable at The White House in the office of Airlift Operations; flying on several  White House trips aboard Air Force One to Europe, Central America and in the United States.

One of Rod’s greatest passions is traveling and meeting people from different cultures and has traveled to over 14 countries.  He jokingly admits speaking broken English, Spanish, Arabic and Hebrew!

Rod has been in Real Estate since the 1990’s, starting as a Real Estate Investor in Washington DC, Virginia and Memphis, TN.  He became a licensed Realtor in 2006 and was a Mortgage Loan Officer in Fredericksburg, VA.