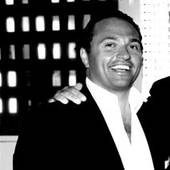 Solly Assa is the Founder & CEO of Assa Properties

I have been working in real estate for a long time, and during that time I had the opportunity to learn some valuable lessons which made me realize that real estate is not a short-term business.

Get to know Solly Assa

From opulent residences to sleek hotels, Solly Assa has developed unique and exclusive luxury properties. A seasoned businessman and entrepreneur, Solly is the founder and CEO of Assa Properties. With his decades-long experience in the industry, Solly has worked in every aspect of real estate, be it residential, retail, hotel, or commercial. Today, Assa Properties owns some 3 million square feet of real estate across the United States and Mexico.

Solly Assa has an eye for identifying and capitalizing on quality investment opportunities in upscale markets. Since launching Assa Properties nearly two decades ago, Solly has been driven by the idea of transformation—creating full-spectrum experiences that fill a need and make a bold statement to outshine and outperform current offerings.

Solly Assa was drawn to real estate for its variety and diversity, as well as the prospect of leaving a lasting, tangible legacy. From the very beginning, Solly envisioned a wide-ranging, imaginative portfolio that encompassed all areas of development. Unlike competitors, Solly Assa took a long-term, consumer-friendly approach; he understood that the payoff for real estate doesn’t lie in buying land today and selling off a development tomorrow. Instead, the best developers look ahead to the medium to distant future, building up property value and timing their move for maximum profit.

For this reason, Solly Assa designed Assa Properties’ flagship development and brand, Cassa Hotel & Residences. Consisting of two upscale properties—Cassa NYC and Cassa Times Square—located directly in the heart of Manhattan, Cassa offers the best of both worlds, pairing the opulence of an upscale residence with the convenience of a hotel. Guests and residents alike can choose from Cassa’s extensive menu of luxury amenities, including maid service, child care, pet care, and fitness centers. Further, Cassa offers owners an unparalleled degree of customization and flexibility, allowing residents to alter their floor plans and merge units as they wish. In addition, Assa Properties will soon be developing another property, Cassa Puerto Vallarta, in Mexico.

In addition, Solly Assa has a long track record of working with leaders in the hospitality industry to create unique, trendy nightlife and dining experiences at his properties. At Cassa Times Square, Solly and his partners created Bar Gonzo, a 4,000 square foot restaurant and lounge that pays homage to the Art Deco, mid-century aesthetic of the Hunter S. Thompson era. At Cassa NYC, Solly worked with the team behind 1Oak and Up&Down to create Butter, an upscale eatery offering fresh, seasonal fare in a tasteful, understated setting. Butter’s executive chef is former Iron Chef Alex Guarnaschelli.

Today, Solly Assa is bullish about the future prospects of the real estate market, particularly in North America. In 2018, Assa Properties sold 19 West 55th Street, a nine-story mixed-use property, for $50 million. Solly oversaw the extensive renovations, including refitting apartments with luxury fixtures and building out multi-level retail spaces. Thanks to Solly’s leadership and the hard work of his team, 19 West 55th Street saw a significant rise in occupancy, increasing from 25 percent in 2013 to nearly 100 percent today.

Going forward, Solly Assa has plans to expand the Assa Properties portfolio, both independently and through joint ventures, branching out into new locations.

Things to Know Before Investing in Real Estate

Q&A with Solly Assa on Entrepreneurship and Real Estate

Solly Assa is a New York-based businessman with a long-term commitment to the real estate industry. He is founder and developer of Assa Properties, a company founded in 2000 involved in the business of developing and investing in major residential, retail and commercial properties. He considers himself as an "opportunistic owner" and believes that the thing at which he excels is finding the best possible location to position his asset in order to capture the market. Armed with years of experience and in-depth knowledge, with every project that he does, he aims to set the bar higher and change the old-fashioned, conventional method of property development. So far he has successfully managed to identify and capitalize on development opportunities, using his acquired skills and knowing of the market. After years of hard work and dedication, finally, in 2000, Solly Assa got the chance to realize one of his biggest dreams and start his own company. Since then, Assa Properties has acquired over 3 million square feet of assets spread across the United States and Mexico. Watch his Q&A about his life's work, and for the full text, visit his website SollyAssa.com.