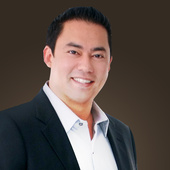 Get to know Bill Hernandez

As a graduate from Georgia Tech in Industrial and Systems Engineering, Bill began his career as a sales engineer with Rockwell Automation in New York.  His primary focus was consulting and selling the latest automation and robotic products to major manufacturing plants.  Bill quickly made an impact and consulted some of the largest manufacturing plants in the North East such as Pfizer, Loreal, Tropicana, Honda, and Budweiser.

Bill's career continued being in technology and consulting medium to large corporations.  In 2003, a medium sized Customer Relationship Software (CRM) company based in Miami recruited Bill to take over their sales and consulting effort in the South East

Bill successfully help develop and implement a CRM system that produced tremendouse results in a short period of time.  The CRM system allowed sales people to effectively manage their leads, follow up on prospects, and have a higher closing rate on sales.  He trained numerous sales people and sales mangers in the automotive industry across the South East using the CRM system.

In early 2004 Bill joined forces with Bryan Sereny, a leader in the luxury condo market, to form the BSBH Team.  The combination of using the latest technology mixed with the success of sales professionalism has taken the BSBH Team to the top of the real estate market in South Florida.

The BSBH Team joined forces with Zilbert Realty Group.  His experience adds to Zilbert Realty Group's reputation for handling customers with the highest level of service.  As a trained sales engineer who has great experience with consulting consumers on how to purchase large ticket items, Bill will provide you with intellectual outlooks on home options with powerful negotiation tactics to get the best possible price for your home.