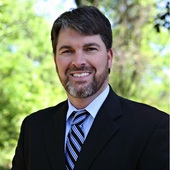 "The Only Name You'll Ever Need for Real Estate"

Get to know Wayne Turner

Wayne helped write the book on home sales. Recognized as a leader for residential home sales and ranked among the top 1/2% of all Realtors in the nation, Wayne consistently lists and sells over 250 homes every year, placing he and his team among the foremost elite for home sales.

Recognized in RIS Medias' "Top 50 Realtors on the Rise", honored as a Star Power Systems "Star" and endorsed in the newest "Dummies" book series - "Foreclosure Investing for Dummies".

Embracing technology, Wayne understands and teaches the meaning of Leads, Listings and Leverage. Knowing that time is one of his most valued commodities, Wayne re-defines the meaning of using systems, techniques and having an exceptional team. "The faster the sale the more money you net and the less stress in the transaction."

bookmark_borderbookmark
Home Buying – about 2 years ago

Home for Sale in Mandeville!

bookmark_borderbookmark
Real Estate Sales and Marketing – about 2 years ago

Beautiful Home for Sale in Mandeville!

Mandeville Lakefront - So Much Fun!

Wayne Turner specializes in homes that haven't sold. If you're not happy... fire him! Your home sold guaranteed, or he'll buy it! For more information on Wayne Turner and Turner Real Estate Group, please visit www.WayneTurner.com or call 985.626.1313.

Real Estate Broker, CDPE and Certified Residential Specialist (CRS). Selling homes for more than 21 years. Turner Real Estate Group helps more families get financial relief by short selling their properties. We will stop your foreclosure even if you are just days from the foreclosure. We help more families with this service than any other real estate brokerage in the New Orleans Metro area.