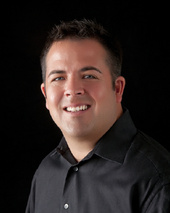 Tyson Bradley is an agent/associate broker with Keller Williams Realty. He is focused on helping his clients reach their goals, dreams and full potential in all of their Real Estate endeavors.

Get to know Tyson Bradley

Tyson, although a native to Virginia, was born in Honolulu, HI.  He got his high school education from Lake Braddock, in Burke, Virginia.  He then went to college at Colorado State to obtain a BS in Accounting Information Systems with a minor in computers systems.  After college he had the honor of receiving one of the nation's highest security clearances when he joined the  CIA.  After a few years of working with the agency he moved on and joined EDS, a computer consulting firm, to try out his technical skills.  While with the EDS Tyson had the opportunity to work with the INS and the Department of Navy as he performed different consulting activities.  His duties ranged anywhere from teaching/training all the way to program management.  His last stop with the Department of Navy led him to the Virginia Beach/Norfolk area where he was a program manager of the NMCI contract.

Once he arrived in Virginia Beach, he fell in love with the place decided this was where he wanted to settle.  While in the process of buying a house, Tyson decided to get his Real Estate license - and that is how his Real Estate career started.  Within 2 years Tyson was one of the top agents in the area, selling 10- 15 milion dollars in volume per year.

He then decided to take his business to the next level.  Tyson went back to school to receive his Broker's license, and soon after the Tyson opened their own Real Estate firm, Envirian of Norfolk.  Within 6 months Envirian had 20 agents and close to 60 listings.  It wasn't long before Tyson was asked by a local Keller Williams office to merge.  After examining the Keller Williams model he decided that this company was a great fit and would be top force in the real estate industry for a long time to come.  In March of 2009 Tyson merged his real estate company with the Keller Williams of Hilltop, Virginia Beach, Virginia and formed "The Bradley Team"

Budget-Friendly Home Improvement to Increase Value of Your Home

Tyson has reached the highest levels of Real Estate education when he became a broker in the industry.  Although The Bradley Team loves working with all buyers they have received specialized training in military relocation, first time home buyers, new construction, and those looking at luxury waterfront homes.  We look forward to helping you locate the home of your dreams!