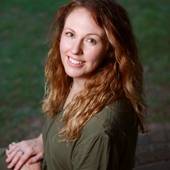 Alexis was born in Arizona but moved to Missouri when she was nine. She grew up in the Lake of the Ozarks area, where she fell in love with the water. After high school she attended college in West Plains, MO where she met her husband Adam Davis. They moved to Springfield for a few years, but in 2006 they decided to return to Adam’s home town of Mammoth Spring, AR. They purchased their first home, got married the following year, and had their son Skylar. Ten years later they welcomed their daughter Autumn. Alexis and Adam always knew that Mammoth Spring was where they wanted to plant roots and grow their family. Alexis loves the water and being outdoors. She enjoys traveling and taking pictures. In her off time she is either with her kids or sitting on the porch with a cup of coffee and a book. Let her show you the charms of Ozark living today!

Back To School Giveaway!!

bookmark_borderbookmark
Home Buying – about 2 years ago

bookmark_borderbookmark
Just for Fun – about 2 years ago

Get to Know Me! - Alexis Davis

Let me show you around