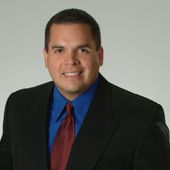 Get to know Willie Miranda

Willie Miranda began his real estate career in the Capital Region in 1998 with Coldwell Banker, he left there and worked for Re/Max Premier until 2002, at which time he decided to go out on his own and established Miranda Real Estate Group in July of 2002. This decision was made by Mr. Miranda's desire to form a Real Estate Team of Professionals to serve the Capital Region. His innovative and progressive approach to real estate has been the driving force behind the continued expansion and success of his unique "Sales Team System". Mr. Miranda is a Certified Trainer of the Brian Buffini "100 Day's To Greatness" Program and member of an elite group of the Top Realtor's in the Country. Mr.Miranda is also a Master Trainer and Coach for the Craig Proctor Quantum Leap System. Miranda Real Estate Group won the Business Reviews 2005 Great Places To Work Award. Willie was also a recipient of the Business Reviews 2006 40 under 40 award.

Specializing in residential real estate sales, Mr. Miranda can be reached at the office at 518-348-2060 or by email at: wmiranda@MRGteam.com

We work with first time Buyers and move up Buers. We help sellers sell their homes for top dollar. We guarantee to sell your home in 90 Days or Less or we will Buy it for cash!! * conditions apply