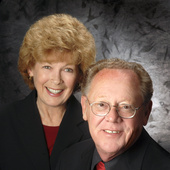 By Edward & Celia Maddox, EXPERIENCE & INTEGRITY - WE TAKE THE HIGH ROAD
(The Celtic Connection Realty)
Maricopa is a city in the Gila River Valley in Arizona. Incorporated in 2003, it is the nineteenth largest city in the state with a population of 43,482 as of April 2010. Maricopa is the second most populous incorporated city in Pinal County and forms part of the Phoenix metropolitan area, the 12th largest metropolitan area in the United States. The 2010 Census shows Maricopa growing from 1,040 residents to 43,482, an increase of 4080. Currently, there are over 300 Homes priced under $125,000. To view all Maricopa Homes, go to our web site at: http://www.maricoparealestateexpert.com/ 04/05/2012
Comments 0
Explore Mammoth, AZ
Mammoth, AZ Real Estate Professionals