By Tamra Lee Ulmer, NRBA ~FORCE~ Over 1000 REO Assets SOLD!
(Arizona Resource Realty)
Woods Canyon Lake is a small lake located in northern Arizona, about 30 mi (48 km) east of the city of Payson. It is one in a series of small, canyon-bound lakes located on the Mogollon Rim, collectively referred to as the Rim Lakes. It is among the more developed and accessible of the Rim Lakes. It is also the first reservoir on Chevelon Creek, upstream from Chevelon Canyon Lake.Woods Canyon Lake is small and moderately deep, having an average depth of 25 ft (7.6 m) and a surface area of 55 acres (220,000 m2). The long, narrow lake is formed by an earthen dam impounding the Chevelon Creek in Woods Canyon. It was created primarily for recreational purposes.The lake is accessed via paved forest roads that are open most of the year, although access may be restricted due to snow during w... 07/23/2015
Comments 7

By Tamra Lee Ulmer, NRBA ~FORCE~ Over 1000 REO Assets SOLD!
(Arizona Resource Realty)
DRIVE, BIKE OR HIKE TO THE TOP OF THE MOGOLLON RIM!Whatever route you take to reach the top of the Mogollon Rim will leave you in awe of the beauty of Rim Country. Visit the Payson Ranger District to get a map of the area and an idea of hiking trails, such as the Highline Trail. You will be left with an unforgettable experience feeling "On Top of the World" after being on the Famous Mogollon Rim just outside of Payson, Arizona. VISIT THE ZANE GREY MUSEUM!“My beloved Arizona" was the term of endearment Zane Grey bestowed upon this state. Its history and people inspired his western novels. Its game and landscape impassioned his zeal for the wild and its rugged natural beauty stirred his introspective soul.  He wrote 13 novels about the "Rim Country" and often hunted in its forests and fis... 07/21/2015
Comments 24

IMPORTANT: MONSOON AWARENESS AND SAFETY IN THE SOUTHWEST

By Tamra Lee Ulmer, NRBA ~FORCE~ Over 1000 REO Assets SOLD!
(Arizona Resource Realty)
MONSOON SEASON IS HERE!Each year, a variety of weather related dangers affect Arizona, New Mexico and southwest Texas, especially from late spring into early autumn. Through a collaborative effort between National Weather Service offices serving the states of Arizona and New Mexico, which includes offices located in Tucson, Phoenix, Flagstaff, Las Vegas, Albuquerque, El Paso/Santa Teresa and Midland/Odessa, the time period from June 15th through September 30th has been defined as "The Monsoon." A period of extreme heat is typically ongoing at its onset, which in the coming days or weeks is followed by an influx of moisture leading to daily rounds of thunderstorms. The heat is deadly in its own right, causing dozens of deaths in Arizona each year. In addition, thunderstorms present an ar... 07/07/2015
Comments 6

Inspirational Quote of the Day! THE CHAMPION...

By Tamra Lee Ulmer, NRBA ~FORCE~ Over 1000 REO Assets SOLD!
(Arizona Resource Realty)
A CHAMPION IS A DREAMER THAT REFUSED TO GIVE UP!   Remember, Arizona Resource Realty Specializes in REO/Foreclosures in Payson and Show Low areas..Come join us on the web at: resourceaz.com or MakeTheBankAnOffer.com 07/03/2015
Comments 10

By Tamra Lee Ulmer, NRBA ~FORCE~ Over 1000 REO Assets SOLD!
(Arizona Resource Realty)
4th of July Hometown Celebration.  Voted the Best Small Town in Arizona and nestled among the cool pines of the majestic Mogollon Rim - Payson, Arizona comes alive in patriotic colors during its 4th of July Celebration. Whether you are a local Payson resident or a visitor, you will be treated to a show well worth the trip. Payson is known for its beautiful weather in July and breathtaking sunsets. So bring your chairs, a picnic basket and blanket, or grab some food from one of the vendors that will be on hand and enjoy a day of fun. The fireworks show & games are all FREE to the public. The event will feature, great food vendors, bouncy houses, games, prizes, music, and beautiful scenery.  Don't forget that Payson is generally 20 degrees cooler than Phoenix. This event on the 4th of Ju... 06/30/2015
Comments 6

By Tamra Lee Ulmer, NRBA ~FORCE~ Over 1000 REO Assets SOLD!
(Arizona Resource Realty)
HOPE EVERYONE IS HAVING AN EXCELLENT DAY! Remember, Arizona Resource Realty specializes in REO/Foreclosures in Payson and Show Low areas. Come join us on the web at: resourceaz.com or MakeTheBankAnOffer.com 06/24/2015
Comments 7 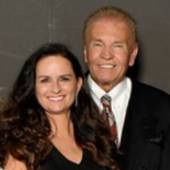