George Lawson Real Estate Agent
Proudly serving clients in the Inland Empire with their real estate needs. "Achieving your goals while exceeding your expectations" ... more than a cheesy slogan, it's the daily mantra of my business!
Cell: (951) 324-5053 • Office: (951) 601-1170 • More Info

New construction not an issue in Moreno Valley, CA

By Mike Young, FHA 203k Consultant 916-758-1809
(203kOnLine.com, covering the USA)
Comments 0
New construction, additions, remodeling, all are possible with our Team of Professionals. We are all over the country but currently are looking for more work in the Moreno Valley area of CA. Our capacity is way underutilized for our contractors and your clients will get special attention, even more than ususal. If you have been putting off that renovation project or are ready to build that new home from the ground up, we do it all, from the design, architectural services, and contracting.  When your inventory is low, it is time to sell vacant buildable lots and do the new construction. We can even assist you in finding the right lender for your project. 05/01/2020 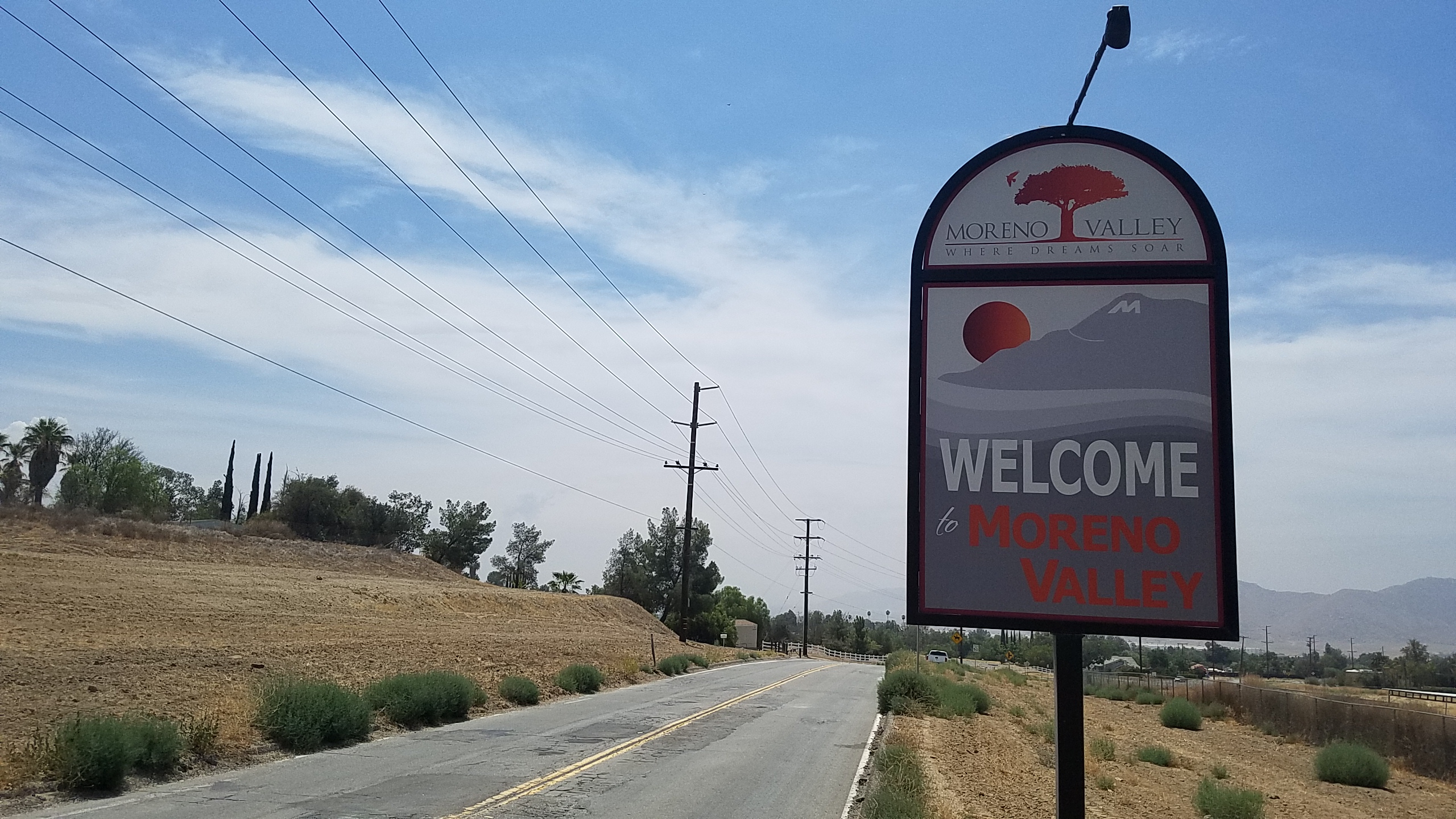 By Todd & Devona Garrigus, Broker / REALTORS®
(Garrigus Real Estate)
Comments 2
Moreno Valley CA Median Sales Prices - UP-TO-DATE GRAPH Are you buying or selling a home in Moreno Valley? No matter what your real estate goals are, knowing what Moreno Valley homes have sold for, and what they are currently listed for is very important! But getting this data can be easier said then done. That's why we publish data like the Moreno Valley Median Sales Price Graph below to highlight what is happening in the Moreno Valley housing market.We also provide a full Moreno Valley Housing Report with full data on sold homes, active listings, pending homes for sale, price per square foot and other very usable data that can help you determine what a good home price for the type and size of the home you're interested in pricing. If you're interested in these informative and customiz... 08/22/2018 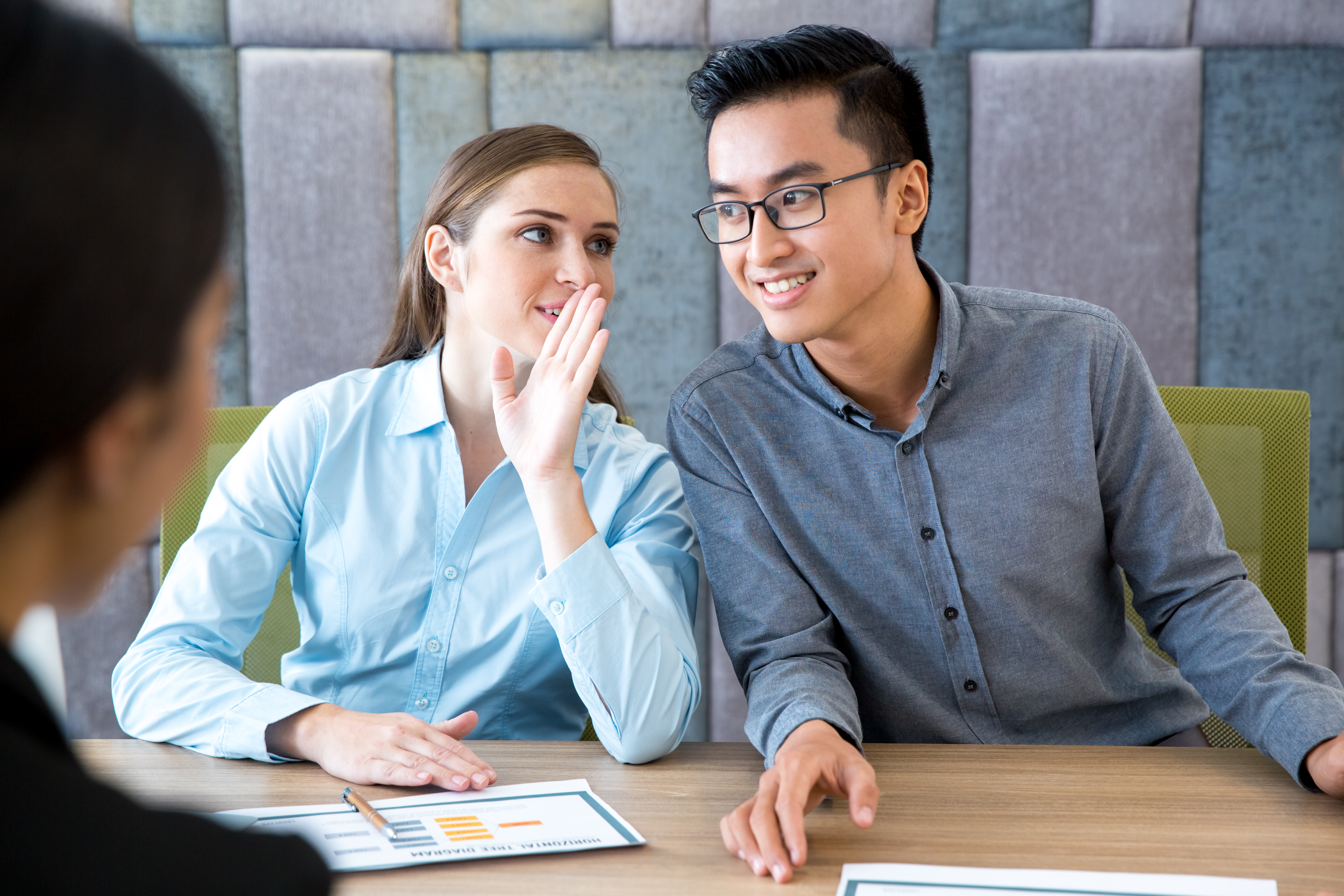 The Secret to Buyer's Success in this Seller's Market

By Todd & Devona Garrigus, Broker / REALTORS®
(Garrigus Real Estate)
Comments 5
The Secret to Buyer's Success in this Seller's MarketWe are in a seller's market. If you are a buyer, seller, or in the business I hope you've heard already. It is great for sellers, of course. They get to run the table, for the most part, when selling.Buyers have fought over properly-priced homes all year. And with interest rates STILL very low, it will continue this way until either more sellers sell, more home builders build, or prices rise too far and we get another pullback.  I professionally believe we are going to see a little of all three events happen, with a caveat on the pullback being less of a slide back and more of a flattening off of prices.How are Buyers Negotiating Successfully?Here's three tips a buyer MUST do to secure their dream home when buying in a tough seller's ... 09/06/2017 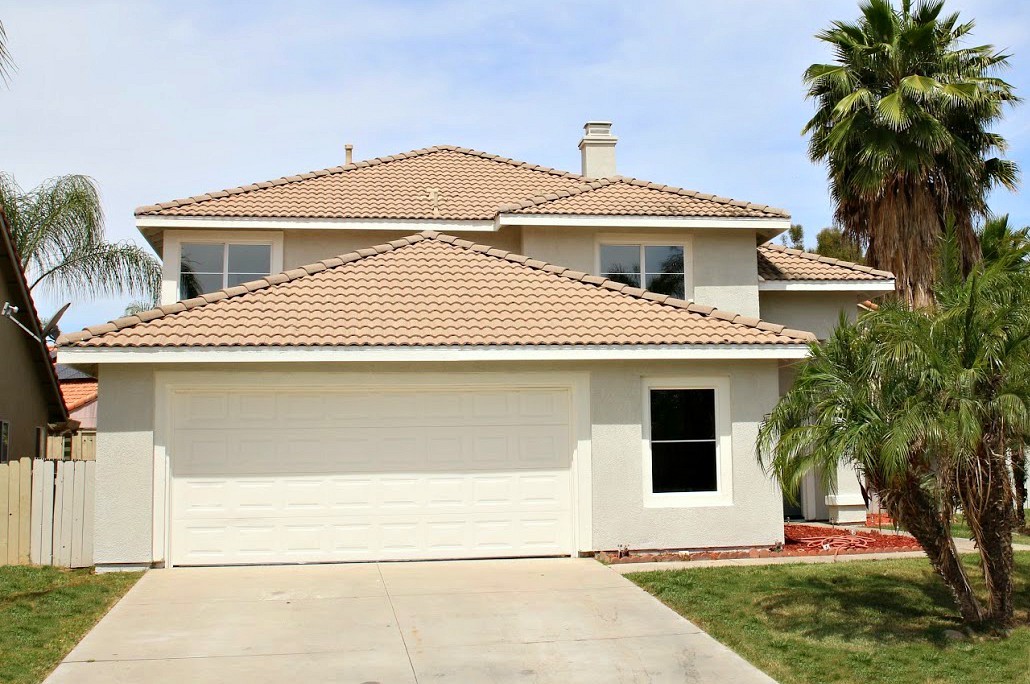 By Cristina Salcedo, Corona, Riverside Realtor
(REMAX Champions)
Comments 7
For Sale, 15871 Pampas Ct, Moreno Valley.  This is a beautiful home completely remodeled.  The upgrades include  New Kitchen Cabinets, New Kitchen Appliances, New Granite Countertops, New light fixtures, New flooring all thru out with carpet in the bedrooms and stairs and wood-like porcelain tile on the rest of home. Newly painted inside and out, New bathroom fixtures, counters, cabinets, The home is ready for a family to move in.  Walking distance to school, very close to Moreno Valley College, Kaiser, and Shopping.  An open house is scheduled for July 2nd from 1-4pm and June 18th from 1-4pm also.   MORE INFOThis home is located within the Moreno Valley Ranch community with 3700 homes.  It is nestled in the hills of Moreno Valley and centered around a 35-acre lake, a large community po... 06/02/2017

By James Muhammad, RE/MAX Vision
(RE/MAX Champions)
Comments 0
Bring your pickiest buyer looking in the city of Moreno Valley to see this beautiful 5 Bedroom                  (1 Bedroom downstairs) with 3 Bathrooms (1 Bathroom downstairs) Home... This property is located walking distance from Palm Middle School and Cloverdale Middle School  along with shopping centers and close to the 60 freeway.For more information and a showing please call James at (888) 99.JAMES (52637) or (909) 641-6008 10/06/2016

By Mykel Martin, Realty Masters & Associates
((909) 476-9600 ~ WeLoveSellingRealEstate.com)
Comments 2
How's the Market?Moreno Valley Real Estate Market ReportOverall the Moreno Valley Real Estate Market took off at the beginning of the year like race cars at NASCAR.  Gathering speed in February and roaring through April and the height of the summer before coasting to a slowdown near the end of July as summer began to end and school resumed...with very few pit stops along the way. Moreno Valley Closed Sales Over the Past 12 Months It is important to understand the difference between "listing prices" (what Moreno Valley Sellers are asking for their homes ) and "SOLD prices" (what Moreno Valley Buyers are willing to pay).   By comparing these price trends, you'll have a good idea of where the Moreno Valley market is heading. The median listing and sold property prices are calculated based ... 10/24/2015

Rancho Belago Is a Great Place to Call Home!

By Mykel Martin, Realty Masters & Associates
((909) 476-9600 ~ WeLoveSellingRealEstate.com)
Comments 0
Rancho Belago . . . It's a Great Place to Call Home!If you are thinking about buying or selling real estate in Rancho Belago,looking for Rancho Belago homes for sale, Rancho Belago Neighborhoods,Rancho Belago Communities or any other information about real estatein the Rancho Belago or the surrounding areas,you’ve come to the right place!Rancho Belago In February 2007, the Eastern half of Moreno Valley from Lasselle St. to Gilman Springs Road was christened as Rancho Belago.  With a population of approximately 30,000 in approximately 10,000 households, the community of Rancho Belago offers the luxuries of a big city with the intimate feel of a close knit neighborhood.  Supporting Rancho Belago’s strong population growth are a wide variety of new housing opportunities, a rapidly expandin... 10/20/2015

By Mykel Martin, Realty Masters & Associates
((909) 476-9600 ~ WeLoveSellingRealEstate.com)
Comments 0
According to the National Association of Realtors, between 90% and 95% of today’s home buyers now use the internet to search for homes. With the incredible popularity of smartphones and tablets, the trend toward a digital real estate marketplace shows no signs of slowing down. If you’ re planning to put your house on the market, it’s important to verify that your Listing Agent is Internet savvy. The agent you used to buy your home even 5 years ago may seem like a logical choice for listing your home this time around. But with access to so much information online and so much at stake, sellers should do a little homework before committing. If you use the strategies of the past, you will probably miss out on today’s generation of buyers. How your home is marketed is the biggest factor in d... 10/19/2015

By Mykel Martin, Realty Masters & Associates
((909) 476-9600 ~ WeLoveSellingRealEstate.com)
Comments 2
Aldi, a German-owned chain of grocery stores, plans to open 45 Southern California locations by the end of 2016. Earlier this year Aldi announced plans to open 650 new stores in the U.S. over the next five years including their Southern California Regional Headquarters and Distribution Center being built at 12661 Aldi Place, in Moreno Valley.   Southern California, You've Never Heard Of Aldi?You're not alone!  So here's a little history . . . Did you know that Trader Joe's and Aldi were owned by Brothers?Aldi is well known in Europe - especially Germany, where it was founded in the 1940s by Karl and Theo Albrecht. The brothers, now deceased, decided to part ways in the 1960s and split the company in two: Aldi Sud and Aldi Nord. Both businesses have expanded globally with Aldi Sud opera... 10/01/2015

By Kristin Hamilton CA Realtor, (909) 557-6966- Specialize 55+ Communties Banning
(Sun Lakes Realty)
Comments 2
Portillo's Hotdogs Celebration with Blackhawk Goalie Scott Darling Chicago Blackhawk goalie Scott Darling recentlyspent his day with the Stanley Cup celebrating with family and friends while eating Portillo's Italian beef sandwiches. His family held a congratulatory party for him at a private residence and Portillo's catered the event in Chicago.Scott Darling's day with the Stanley Cup also included a public exhibition of the cup in partnership with the Lemont, IL Park District.Fun fact: Portillo's founder Dick Portillo purchased the 1938 Chicago Blackhawks championship banner that hung in the original Chicago Stadium. That banner now hangs inside the Portillo's at 100 W. Ontario Street in Chicago. The 1938 championship was the last time before 2015 that the Blackhawks won the Stanley C... 07/03/2015

2 Things I Found to be a Total Waste of Money

By Kristin Hamilton CA Realtor, (909) 557-6966- Specialize 55+ Communties Banning
(Sun Lakes Realty)
Comments 20
2 Things I Found to be a Total Waste of Money  When I got into real estate 11 years ago, everyone in my office had an opinion of what to do to get leads and make money. But what I was told mainly was that you had to spend money to make money. Made sense so I started paying for advertising. Here are the areas that I spent a lot of money on below.      Advertising in Magazines and Newspapers: I started running ads in the local coupon magazine that comes in the mail with the nice glossy cover. I had to sign a year contract and for several areas the price was $200 per month. I thought it was worth it as I had one listing but found out later that it was a friend instead who reccomended me. So stupidly, I had just renewed for another year and not one call from the magazine the second year eit... 03/31/2015

Get Your Starbuck's Birthday Frappuccino Today on March 30, 2015

Another Listing in Moreno Valley Ca 92553 by Luis Carrillo

By Liane Thomas, Top Listing Agent, Bringing you Home!
(Professional Realty Services®)
Comments 4
16763 Via Pamplona, Moreno Valley, CA 92551Open House Saturday and Sunday February 21 & 22 from Noon - 3pm Wonderful opportunity in Moreno Valley Ranch. Turnkey 3 bedroom 2 bath home with newer carpet, fresh paint, blinds, and so much more. The large kitchen has tile flooring and a slider door to the back yard. There is a dining area off the kitchen, and a separate living room with a cozy fireplace. This home has a convenient inside laundry area. The master bath has 2 sinks, tile floor, and a big walk in closet. The spacious back yard is landscaped with grass and trees. Low HOA fee provides pool, spa, clubhouse, gym, and lake. Walk to neighborhood park and Bethune Elementary. New roll up garage door with opener will be installed prior to close of escrow. Priced to sell fast, FHA and VA ... 02/18/2015

By Kristin Hamilton CA Realtor, (909) 557-6966- Specialize 55+ Communties Banning
(Sun Lakes Realty)
Comments 16
Turn Your Clocks Back Saturday Night Nov.1 Before Bed Bi-Annual Reminders Inside     On Sunday morning at 2:00 a.m. the time offical moves back one hour so do not forget to turn your clocks back..  *If you forget, you might be early to your Sunday appointments. I always turn my clocks back about 6:00 p.m. Saturday night as I have to change the clocks, stoves, computers and phones. Some are automatic but don’t assume; make sure as you don’t want to be too early! Enjoy the extra night's sleep. Reminders- It is a good reminder to also change the batteries in all your smoke/carbon monoxide detectors  Change your heater filters. Change batteries in Digital Thermostats, Smoke Detectors and Carbon Monoxide Detectors.  Turn the temperature down on your water heater to 120 degrees and if it is i... 11/01/2014
<< Previous 1 2 3 4 5 6 7 8 9 10 11 12 Next >>