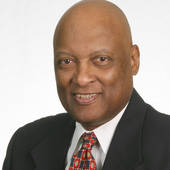 By Wayne Johnson, San Antonio REALTOR, San Antonio Homes For Sale
(Coldwell Banker D'Ann Harper REALTORS®)
I hope there is a special place in hell for the truly wicked. I can't give a good definition of wicked. I guess it's like they used to say about pornography-I can't really describe it in so many words, but I know it when I see it. I saw the story  below in an on-line edition of the New York Times. It's the story of a senior citizen who lives in Delaware who gave a couple of teenagers, kids whom she did not know, a ride. The took her keys, car, and money. She was kidnapped and held for several days before being released. See additional photos and read the story.   She was injured, and obviously being held captive for two days was no fun, but it could have ended worse for her. When I see stories like this I am reminded that I'm very fortunate in that the road blocks and inconveninces of l... 04/06/2013
Comments 31

By John Veler
(Fizber)
Landscaped 1 plus Acre home that is well cared for. 3 bedrooms, 2 baths with an oversized living room (17*13) and separate hardwood floored dining room (18*13). Additional family room ( 13*13) with tiled floors. Freshly painted with new carpets and ceiling fans throughout! Oak cabinets in the kitchen that comes with a range, refrigerator, dishwasher and hard wood floors. Geothermal central heating and air provides high efficiency and low monthly electric costs (Average bill is 135/month)! Oversized 2 car garage and floored storage space in the attic. Beautiful large back deck (24*14) with cemented walk way. Landscaped back and front yard with various mature trees. All appliances come and there is plenty of yard to build on. Roof was reshingled in 2006. Our next home is waiting for us an... 05/23/2010
Comments 0 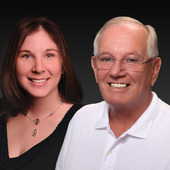