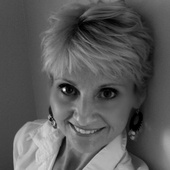 TIME IS OF THE ESSENCE! Does anybody really care?

By Louann Nudi
(TOVIJE Enterprises, Inc.)
TIME IS OF THE ESSENCE! A while back I posted information on a closing that took 3 years to happen. Today an agent told me their own horror story about a closing that took 2 years and another that was dragged out 3 months due to misunderstandings.  I'm currently working with a customer who has suffered through one failed closing (which luckily we accepted an offer on the next day after posting a classified ad on Craig's List! Woo-hoo!) to jump into another that is 60 days past the original contract closing date (Boo-hoo!).What's the record here for delayed closings? Is 3 years tops? or has someone else encountered more of a horror story than that?  What's been your longest delayed closing? Why? Was it something we could all learn from or is it just a sign of our current economic market ... 05/08/2007
Comments 5

By Louann Nudi
(TOVIJE Enterprises, Inc.)
Saturday night, Baby Huey flew in from the Shadow Hill Kennel breeders in Missouri by way of a two hour lay over in Dallas. What a trip he had! Thankfully, he came from reputable breeders who had treated him extremely well his first eight weeks of life.  He is big and strong and healthy.  Thankfully, the Dallas airport cargo employees treated him to water and two hours of cooing and petting.  We know this because, like expectant parents, we were concerned for his safety and well-being during the long and potentially traumatic travel day--SO WE CALLED! We had never flown an animal anywhere and we were pleasantly surprised at the care these employees take with the animals. Most impressive!  Thankfully, he won the hearts of all who passed him by and he was treated like royalty all the way ... 04/30/2007
Comments 5

By Louann Nudi
(TOVIJE Enterprises, Inc.)
Wow! my husband and I were traveling across state last week and were thrilled to see the price of gas!  We didn't hesitate to stop and fill up when we saw $2.38 in Okeechobee!  Here are some of the other prices that we encountered..........Englewood $2.55 down from $2.87Sarasota $2.39 down from $2.95Jupiter $2.58 down from $3.01Arcadia $2.60 down from $2.84Englewood, Florida is largely a tourist area with many of our seasonal residents concerned about previously escalating gas prices.  Many of them have been in contact with us lately indicating that reduced gas prices may result in earlier trips to our area this year (that and the reduction in hurricane traffic).  That's a positive for us, obviously!  What trends are you seeing with gas prices in your area and do you feel there will be ... 09/16/2006
Comments 3
<< Previous 1 2 3 4 5 6 Next >>
Explore Englewood, FL
Englewood, FL Real Estate Professionals