By Carol Clawson
(Keller Williams Realty of the Palm Beaches)
The condominium market in Palm Beach Gardens, West Palm Beach and other Palm Beach County communities remains strong in the face of declining prices for resales of single family homes.While prices of single family homes declined about 1 percent in January 2007 compared with January 2006, going from $393,700 down to $388,000, the median price of condos rose 2 percent in the same time period. Median price for a condo is now $213,100, up from $209,100 just a year ago.Affordable  condo prices provide a wonderful opportunity for first time buyers to acquire a a home at a reasonable cost with good possibilities that their investment will increase in value. Or our condos make wonderful vacation retreats.The Weiss-Clawson Team has condos available for sale in Palm Beach Gardens.  Consider a two... 03/01/2007
Comments 0

By Carol Clawson
(Keller Williams Realty of the Palm Beaches)
While  real estate sales in Palm Beach Gardens, West Palm Beach and other Palm Beach County communities are still lower than a year ago, signs of improvement are surfacing.Home resales during January fell about 15 percent, somewhat less than the statewide sales drop of 27 percent. And home prices are down about 1 percent in January over a year ago, that is significantly less than the 4 percent decline in home prices nationwide. The median price for a home in Palm Beach County is $388,000, down from $393,700 in January, 2006It is still too early in the season for us to judge whether our real estate market is fully recovering but we are encouraged by our experiences.We are seeing more people shopping for real estate than we did for the past six or seven months.  We are showing our listing... 02/28/2007
Comments 0 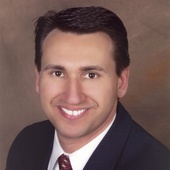 By Mike Thomas, Mike Thomas
(Realty Elite)
I was emailed this by the membership office in BallenIsles the other day and WOW BallenIsles was ranked 17th in America! Over the last decade, BallenIsles Country Club, Inc. in Palm Beach Gardens, Florida, has outpaced more than 6,000 clubs nationally in its rise in the Platinum Club rankings.  "No other club in the nation exceeds BallenIsles in your club's advances in excellence," says John R. Sibbald, publisher of the Club Leaders Forum that conducts Platinum Club surveys every three years among club presidents and managers.  Continues Sibbald, "This survey, beginning in 1997, is America's only instrument by which clubs can measure themselves against others." In the first year of rankings, BallenIsles Country Club, was not among the top 100.  In 2000, BallenIsles made the Platinum Clu... 02/27/2007
Comments 2

By Carol Clawson
(Keller Williams Realty of the Palm Beaches)
More Floridians over age 75 are leaving the Sunshine State, heading back north to be closer to children and grandchildren than are migrating Florida, according to an analysis of Census Bureau information by the New York Times.This reverse migration is a phenomenon were are seeing daily in the real estate market.  Many of our older clients are selling their homes to move closer to families and caregivers in other regions.  These wonderful oldsters retired to Palm Beach Gardens, West Palm Beach or other Florida cities to spend carefree senior years amongst peers in a relaxed environment.  But as time passes, golf courses, fishing piers and card games take a backseat to doctors, emergency rooms and health issues.  There is a greater comfort being amongst family members at this time in thei... 02/27/2007
Comments 0

THINKING OF SELLING YOUR HOME? LOOK FOR MARKETING PROS

By Carol Clawson
(Keller Williams Realty of the Palm Beaches)
If you are thinking of selling your home in Palm Beach Gardens, West Palm Beach or any northern Palm Beach county community, The Weiss-Clawson Team wants to talk with you.Unlike the prior three or four years when sellers experienced double digit increases in home values, this year prices are declining.  It was inevitable that the market could not sustain the pricing pace set over the past few years.We have rapidly gone from a sellers' market to a buyers' market!If you are wanting or needing to sell your home in this market, it is important to work with a Realtor that has the right marketing plan for you.  If you are reading this, you are internet savy and are likely among the 80 percent of home buyers or sellers beginning their search and research on the internet.The Weiss-Clawson Team ... 02/26/2007
Comments 0

REAL ESTATE TAX RELIEF MAY BE ON THE WAY IN FLORIDA

By Carol Clawson
(Keller Williams Realty of the Palm Beaches)
Help may be on the way for real estate buyers in Palm Beach Gardens and throughout Florida as the State Legislature begins considering property tax reform proposals.Over the last few years as property values increased so did property taxes on homes being purchased.  When a home is sold in Florida, the property tax reflects the level of the sales price.  If the buyer is a resident and has filed for the homestead exemption, property tax increases are capped after the initial increase reflecting the sales price.  If the buyer is not a resident, not homesteaded, is an investor with multiple properties or has commercial property, there is no homestead exemption and property taxes increase each year to reflect the market price of the property.  Over the past few years as we experienced double... 02/23/2007
Comments 2

PALM BEACH GARDENS IS A GREAT PLACE TO LIVE AND VACATION

By Carol Clawson
(Keller Williams Realty of the Palm Beaches)
If you are thinking about relocating to a warmer climate, wanting to move from congested Broward or Miami-Dade Counties or considering the purchase of a vacation home, come check out Palm Beach Gardens!Located just north of West Palm Beach and south of Jupiter, Palm Beach Gardens is in the northern section of Palm Beach County and is home to numerous country club communities, many golf and tennis facilities, walking and biking trails, a variety of home styles and prices plus new commercial centers that enhances everyone's shopping experience.Our new high rise complex, Landmark at the Gardens, will be completed soon and residents will be moving in to a luxurious living experience just a short stroll from our new Downtown at the Gardens restaurant, theater and shopping center to the west ... 02/22/2007
Comments 1

By Carol Clawson
(Keller Williams Realty of the Palm Beaches)
Steeplechase is a wonderful community of just 325 homes all set on at least an acre of land in the heart of Palm Beach Gardens.  This affords plenty of room, both inside your home and throughout your vast yard for a pool, tennis court, family frolicing space and even a waterfall or putting green.And today, there are eight homes on the market in Steeplechase priced under $1 million.  While some of these homes are obviously ready to be torn down and the land used for constructing a brand new home, others are ready for occupancy.  Prices are great in this buyers' market so if you have thought in the past about moving to Steeplechase, this could be your time.  I am a resident expert Realtor in Steeplechase properties and would love to talk with you about your interest in our community.  Ple... 02/20/2007
Comments 0

IT'S A GREAT TIME TO BUY IN IRONHORSE!!

By Carol Clawson
(Keller Williams Realty of the Palm Beaches)
Homes in Ironhorse Country Club are a wonderful value today.  There are 10 homes for sale in Ironhorse at prices below $500,000.  And one home is for sale under $400,000.  Just a year or so ago you couldn't find a home in Ironhorse for less than $500,000!Some of these homes have beautiful lake and golf views, most have three bedrooms, two or three bathrooms, a couple have pools, and all are ready for you to consider in your home search.  Perhaps the best value on the market in Ironhorse today is a home with three bedrooms and den, three baths, 2632 square feet under air, a large open kitchen with granite countertops and stainless steel appliances looking into a huge family room.The Weiss-Clawson Team has expert knowledge of Ironhorse and all communities in Palm Beach Gardens, West Palm ... 02/19/2007
Comments 0

By Carol Clawson
(Keller Williams Realty of the Palm Beaches)
SALES IN MOST COMMUNITIES DECLINE THROUGHOUT 2006; HOMES PRICES REDUCED TO MOVE INVENTORYAt the end of 2006 the local real estate market reflected a significant decline in the number of homes sold throughout the year and a decline in home prices compared with the boom year of 2005.Real estate sales in Palm Beach County were down 37 percent and the median price for a home declined 1 percent.  This is significant because in prior years, home prices increased at double digit rates.  In addition, the number of homes on the market nearly doubled by the end of 2006, reaching 21,888 compared with just 12,824 homes for sale at the end of 2005.Selling your home today has become very competitive ... it is a buyers' market!As we work with both buyers and sellers, we are seeing more buyers in th... 02/17/2007
Comments 0

By Carol Clawson
(Keller Williams Realty of the Palm Beaches)
The latest market information about Steeplechase shows there are 19 homes on the market in this much sought after gated estate community. Homes range in size from 2500 square feet to more than 9000 aquare feet under air.  Each home site is on at least an acre lot in the center of Palm Beach Gardens!  Prices range from the low $800,000's up to more than $4 million.  If you are interested in seeing any homes on the market in Steeplechase, please contact Carol Clawson 561-762-3704.  I look forward to meeting and working with you.   02/16/2007
Comments 0 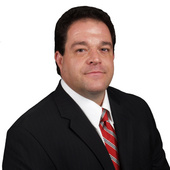 This Year's Honda Classic is at PGA National

By Marc Blasi
Back in 1972, Jackie Gleason started up The Inverrary Classic at The Inverrary Golf Club in Lauderhill, Florida.  Through the years it has been held at several different courses in south Florida- always in early March.  Sponsors have also changed: American Motors had it in 1981 but it has been Honda's ever since and should be for at least the next five years.  This year it will be held at PGA National Golf Club's Championship Course.  The Tournament will start off at 7 AM March 1st on this par 70, 7048 yard course - the top course of the 5 at the Resort.     Starting this year, the Classic will have a new beneficiary: The Nicklaus Children's Health Care Foundation run by Jack and Barbra Nicklaus - 2007 should yield at least $1 Million for pediatric health care.      01/16/2007
Comments 14

By Marc Blasi
I have to thank Chris Griffith for 'gently' prodding me into writing this post.....Here are MY Top 5 Reasons to Move to Palm Beach Gardens:  Golf! To begin with you have PGA NATIONAL (where I currently live), Mirasol and BallenIsles just to name a few of the private clubs.  And with fantastic public courses such as the one at Abacoa and the  Jupiter Dunes course right on the Atlantic, there is something for everybody.Shopping:All you shopaholics have found a new home........ The 1.4 million square foot Gardens Mall is at the center of the city - full of luxury stores, it is one of the largest malls in the country.  The newly completed Downtown at the Gardens is a perfect destination if you'd rather be outside.  Then there's Worth Avenue - just a short drive south, it is generally consid... 01/05/2007
Comments 11