Riverview to get shops, offices, movie theater and 2 hotels

By Becky Troutt
(No longer practicing real estate as of 2008.)
Riverview will soon be growing even more!  A lot more shopping, office space, a theater and 2 hotels will soon be added to the landscape of Riverview!  What will be known as SouthShore Commons is due to break ground within the next few months.  When fully completed, SouthShore Commons will be a "1.6-million-square-foot project that will include more than 1 million square feet of retail and dining space, 490,000 square feet of office, a 16-screen theater, and 250 hotel rooms within 2 hotels. The retail portion of the project will include department store anchors, several national big-box tenants and junior anchors, dozens of specialty retailers and a variety of dining options that include both casual and upscale restaurants."  It will also have 7,000 parking spaces. SouthShore Commons wi... 08/02/2008
Comments 0 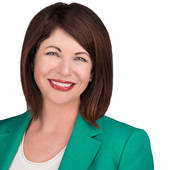 By Liane Jamason, Top 1% Real Estate Broker - St. Petersburg, FL
(Smith & Associates Real Estate)
From TBO.com: RIVERVIEW - Drama students from 10 area schools will present the Florida premiere of "Rent: School Edition," when they take the stage Thursday at Riverview High School. "It's about a bunch of starving artists in the 1990s," said Daron Hawkins, one of three directors. "It's so beautifully written. The music and original story are handled so eloquently." A modern-day version of Giacomo Puccini's opera "La Bohème," the musical is a toned-down version of the musical "Rent," which has appeared on Broadway since April 29, 1996. Set in New York's Lower East Side during the winter, the story centers on a year in the lives of seven young Bohemians struggling to survive and celebrate life. Addressing adult themes, it includes controversial issues, such as AIDS, street people, drug u... 07/25/2008
Comments 0

Stretch of Balm-Riverview Road to close until Aug. 13th

By Liane Jamason, Top 1% Real Estate Broker - St. Petersburg, FL
(Smith & Associates Real Estate)
According to TBO.com, a two lane road near Boyette Farms will be closed for one to two weeks starting this Wednesday.  A short stretch of Balm Riverview Road will undergo drainage improvements until Aug. 13. The area affected by the closure will be northbound and southbound traffic from Boyette Road to north of La Petite Way.  Workers will close off one lane at a time during the work. Traffic will be allowed to use the open lane on an alternating basis. For information, call (813) 272-5275. 07/25/2008
Comments 0

By Liane Jamason, Top 1% Real Estate Broker - St. Petersburg, FL
(Smith & Associates Real Estate)
Just wanted to let everyone know that the Alafia Bait and Tackle in Riverview has reopened as "Dixie's Dockside". Dixie's is owned by local Riverview residents Brian and Dixie MacKay. Dixie's is open everyday at 11AM and closes most days around 9 to 11PM-ish. Food will be available on weekends through an independent food wagon just feet away from Dixie's. Dixie's has frozen Bait for the fishermen and women. At this time they have the least expensive gas on the water in the entire USA, and will strive to always be the least expensive gas, and with no ethanol in their gas. Dixie's also has the only private boat ramp on the Alafia River with Free usage with a $10 or more purchase. Daily specials such as Free Nachos and Queso on Monday from 5PM till 7PM. On Tuesday ladies drink for half-pri... 07/16/2008
Comments 0

By Becky Troutt
(No longer practicing real estate as of 2008.)
Everytime I drive past this community, I want to drive through it.  I'm not sure what it is, but I just love this community.  I love the style of homes and the way they designed the shops and restaurants within walking distance of this community.   The homes were designed in a Key West style with large porches and white picket fences and the nearby shops and restaurants at the Winthrop Town Center were designed to feel like an old town.  With brick paved steets and sidewalks, restaurants where you can eat outside while listening to live music, movies on the lawn, a farmers market and Sunday brunch...you really do feel like you're in a little town of your own. There are 3 different types of homes in this community.  The Cottage Series range from 3 to 4 bedrooms, 2 to 3.5 baths and 1,943... 07/14/2008
Comments 0 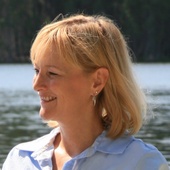 By Pam Joffe
(Solaris Realty)
Riverview Real Estate Update (Month of June 2008) Total Properties Listed (Including New) =  1021 Number of Homes Under Contract (Pending) =165 Properties Sold = 95 New Properties Listed = 191 Properties Expired from the market (EXPIRED) =  78  Number Withdrawn = 67 If you would like more information about Riverview, just click on Tampa Bay Homes. Number are derived from the Midflorida Regional MLS.       The contents of this posting are the property of Pam Mabe and  Solaris Realty of TampaBay. Pam Mabe is a broker working in the Pinellas and Hillsborough area helping buyers and sellers buy and sell homes.  Contact Pam at 813-245-0316 to list your property for sale or to purchase a property in Hillsborough, Pinellas or Pasco County area. Information is provided in this blog with the int... 07/08/2008
Comments 0