Tasting the Fruits of My Labor

By Elva Branson-Lee, CDPE - Atlanta Real Estate & Short Sale Agent
(Solid Source Realty GA)
Literally! I've just eaten a scrumptious salad made primarily from the things in my own garden. For many Americans, one of the main joys of home ownership is having a yard and enjoying a flower and/or vegetable garden. I personally get a proprietary thrill out of tending to my flowers and harvesting and lovingly preparing the fruit and vegetables I've grown in my own little patch of dirt.   I'm not alone. Home gardening is on the rise again in the United States. I recently read that the National Gardening Association estimated 33 million households had an at-home garden last year. I suspect that number may have grown some this year. In a time of social upheaval and economic recession, a home garden provides a relaxing escape from it all as well as a healthy and economical home activity.... 07/06/2009
Comments 2

Facing Foreclosure? Don't wait to too late to check out your options.

By Elva Branson-Lee, CDPE - Atlanta Real Estate & Short Sale Agent
(Solid Source Realty GA)
Act fast to avoid Georgia foreclosure.Nowhere is the foreclosure process faster or more brutal than in the state of Georgia. But even here, foreclosure can often be avoided -- even if you have already received the notice of sale. But don't wait until then to investigate your options. Find out for yourself what your possible outcomes might be as soon as you realize you're in trouble. In general, the Georgia foreclosure process can end one of five ways: Can you play catch up?(1) You could pay off the default amount to reinstate the loan during a grace period known as pre-foreclosure. This is anytime up to the day of the foreclosure sale on the courthouse steps.Can you swing a loan modification?(2) Under President Obama's plan, you could still apply for a HARP (Home Affordable Refinance Pr... 06/30/2009
Comments 2

Facing Foreclosure? Get your hands on your original papers.

By Elva Branson-Lee, CDPE - Atlanta Real Estate & Short Sale Agent
(Solid Source Realty GA)
Georgia home owner, are you getting behind in your mortgage payments? Are you getting threatening letters from your lender? According to a well-known local real estate attorney, there are a few things you can do in these situations that will help to stave off the foreclosure process in Georgia, buying you time to pursue an alternative outcome. One place to start -- always ask them to produce the original loan documents and the security instrument. In Georgia, these documents are required before a lender can foreclose.   Three types of security instruments are used in Georgia home purchases: (1) Deed in Trust - This is a deed used in some states in lieu of a mortgage. It is rare to find this one used in Georgia, but it could be used in certain circumstances. In a Deed in Trust, title is ... 06/27/2009
Comments 0

Get Real About Loan Mods

By Elva Branson-Lee, CDPE - Atlanta Real Estate & Short Sale Agent
(Solid Source Realty GA)
For those of us who live and work in Georgia, President Obama's Making Home Affordable website and the Homeowner Stabilization Plan didn't come a moment too soon. High foreclosure rates have hurt our communities. And we need to start seeing this intiative begin bearing fruit real soon, because as of today... ...Georgia Foreclosure Filings Are Still Rising! According to the most recent numbers reported by realtytrac.com, Georgia foreclosure filings are still climbing, and reached an all-time high in the first three months of this year. The report says that between January and March 2009 there were 28,608 foreclosure filings in the state, an increase of 11% from the previous quarter.  That should begin changing soon, as the new federal program officially launched in mid-March. I devoted a... 04/16/2009
Comments 0

Option ARMs - You Mean This Next Wave is Not THE Wave?

By Elva Branson-Lee, CDPE - Atlanta Real Estate & Short Sale Agent
(Solid Source Realty GA)
Real Estate Change Agent - Pt. 4 Change agents of the world, are we bracing ourselves for the next onslaught of distressed sellers? One of my associates in the real estate business has been warning me and anyone else who would listen for the past two years concerning the pending option ARM resest issues that we are about to face in the U.S. He and others have dramatically described the coming recast as the precursor to a veritable tsunami of new foreclosures. Precursor? You mean this next wave is not THE wave? As much as we all may hope that these harbingers of doom are being overly pessimistic, recent reports from industry analysts are confirming the realities behind these particular mortgages and the challenges they present. A recent Housingwire.com article reported these predictions ... 02/08/2009
Comments 2

But Can She Close the Deal?

By Elva Branson-Lee, CDPE - Atlanta Real Estate & Short Sale Agent
(Solid Source Realty GA)
Any agent can list a short sale. But it is estimated by the industry analysts whose blogs and podcasts I subscribe to that only 3% of all Realtors know how to successfully close  one. Those of us who can appear to be awfully busy in my market, because according to Atlanta area housing industry reports, nearly 40% of all recent real estate sales have been Short Sales and REOs. A glance at the current listings of homes available for sale on the Georgia MLS corroborates that at least that number of the listings fall into these categories. And for the most part, the homes that do not, are overpriced for the market.   I expect more of the same in the coming year. Until the inventory of homes falls to more normal levels, analysts say, the housing slump is likely to persist. But currently, inv... 12/12/2008
Comments 6 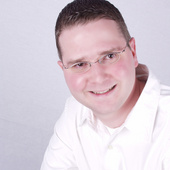 By Elva Branson-Lee, CDPE - Atlanta Real Estate & Short Sale Agent
(Solid Source Realty GA)
That's right, I'm changing my professional I.D. I'm not just a real estate agent anymore. I am a Change Agent now. I'm going to personally help our president-elect effect change for our nation by helping troubled homeowners avoid foreclosure.   You see, my love of houses is not the only thing that drew me to this profession. I got into real estate when I saw the 'bust' coming, because I knew there would be a lot of people needing a very specific kind of help. I set out from the beginning to learn how to give that help. To that end I've become a Certified Distressed Property Expert, and not a moment too soon. Nowhere is the default and foreclosure process faster or more brutal than in the state where I practice: Georgia. As a REALTOR working in the south metro Atlanta, Georgia area, I he... 11/28/2008
Comments 26

Looking for a Lake Community Not Far from Downtown Atlanta?

By Elva Branson-Lee, CDPE - Atlanta Real Estate & Short Sale Agent
(Solid Source Realty GA)
Got Georgia on your mind? For home buyers seeking a family-friendly neighborhood with roomy homes and spacious yards in the booming metro-Atlanta area, one suggestion is Ellenwood, GA, located in south Dekalb County and close to everything that's happening in Atlanta. The town of Ellenwood boasts a small-town, neighborly feel, while having access to all the city life of Atlanta. Located just a few miles south and east of Atlanta, it is convenient to everything that attracts people to the area.  One of Ellenwood's most sought-after communities for moderately up-scale home buyers is Misty Lake. Featuring elegant, traditionally styled homes with European stucco or three-sided brick exteriors on handsome landscaped lots, this sidewalk community sits on rolling hills surrounding it's signatu... 07/29/2008
Comments 3
<< Previous 1 2 3 Next >>
Explore Ellenwood, GA
Ellenwood, GA Real Estate Professionals