By Roland Woodworth, eXp Realty
(eXp Realty)
Save The Date:  August 8, 2010 Ride To Remember David Aldridge II - 2nd Anniversary - Mililani Town Center to Waimea Bay Hawaii Who:   Anyone (two or four wheels) that would like to help us honor the memory of David. What:  Ride and raffle to honor the memory of David,  also to raise funds for the family while they pursue justice for the person who committed this crime When:  10:00am August 8th, 2010 Where:  Start at Mililani Town Center (Starbucks) go North on H-2 up to the parking lot at Waimea Bay, and finish back at the Dole Plantation, Where we will remember David and conduct the raffle. Approx (30 miles)                                 For more information call 808 777-0339 Please plan to attend this event and support the family. David Aldridge II was killed by a hit and run drive... 07/08/2010
Comments 0 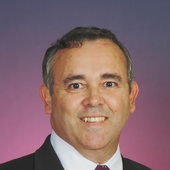 By Frank Diaz http://www.hawaiihome.biz
(East Oahu Realty)
Military Housing Allowance (BAH) Rates for Hawaii Below are the rates of tax-free housing allowance (Basic Allowance for Housing, or BAH) that are provided to enlisted military personnel (with dependents) who are authorized to reside off base at government expense in the state of HAWAII , for calendar year 2009 and 2010. Many military members have the choice to live on-base or off-base. So, which is better? There is no clear answer. It depends on many factors. Here is a link to the BAH DOD Housing Allowance Calculator for Hawaii http://www.defensetravel.dod.mil/perdiem/bah.html As an example: MONTHLY ALLOWANCE: E-7 with DEPENDENTS: $2553.00 E-7 without DEPENDENTS: $2004.00 Try this calculator and see for yourself if buying makes sense (use an appreciation rate of 6%, which means the pri... 12/20/2009
Comments 2

Another Hawaii Based Soldier Deploys to Iraq

By Celeste "SALLY" Cheeseman, (RA) AHWD CRS ePRO OAHU HAWAII REAL ESTATE
(Liberty Homes)
Century 21 Liberty Homes is close to the Schofield Barracks and Wheeler Army Air Field. We see many soldiers come and go and come back again. This time it was my son in law's turn. I had lunch with him before he had to start processing for deployment. He left last night from Hickam AFB. I remember the day when the war with Iraq was announced. It was March 19th, my son's birthday and he was on the USS Kitty Hawk in the Persian Gulf. I had no clue until they announced it on TV. I've watched family and friends and clients come and go. This time it's my son in law and I'm proud of him and all the others who protect and serve our country. He'll be back. ~~~~~~~~~~~~~~~~~~~~~~~~~~~~~~~~~~  Celeste "Sally" Cheeseman is a Realtor-Associate with Century 21 Liberty Homes in Mililani, Hawaii. Wit... 08/28/2009
Comments 21

By Roland Woodworth, eXp Realty
(eXp Realty)
Today I was speaking to a past client and friend who is in the U.S. Army and station at Schofield Barracks, Hawaii. He asked it I heard about his son and then I was sad at what he told me.  They are looking for help in finding a Hit & Run driver. Here is a link to the story I found on Google tonight. If you are in the Central Oahu area and have heard talk or know any information, please step forward and provide any information you may have. David & Susanne, Terri and I are sad to hear about this. You are in our thoughts and prayers... may God be with you and God Speed to find this individual. 11/26/2008
Comments 1

By Celeste "SALLY" Cheeseman, (RA) AHWD CRS ePRO OAHU HAWAII REAL ESTATE
(Liberty Homes)
The military based here on Schofield Barracks (which is about 5-10 monutes from our Mililani office) and Wheeler Army Air Base are constantly on our minds daily. The majority of our clients and our tenants for our office rentals are military. A lot of them deployed to Iraq or Afghanistan who have families here. Who have babies that have never seen their mom or dad yet. That we are in constant contact with every day.A Black Hawk helicopter crashed in Iraq on Wednesday and we all were waiting word to hear if we knew any of them. Two of my clients that are still over there both fly on helicopters. I was hesitant to call the parents before I knew. I was afraid. I don't know what to say in times like this.I called my current client's father last night and he said that his daughter flies the ... 08/24/2007
Comments 18

By 1SG (Ret.) David Kucic, President and Owner
(Hawaii Military Realty, Inc.)
By: David Kucic, 1SG, USA (Ret)Hawaii Home Buying and Selling Team and Military Relocation ExpertsCongratulations to the following United States Army Hawaii Non-Commissioned Officers as they have been promoted to the ranks as indicated.  We are proud to have you represent the United States Army and the state of Hawaii.These are defenders of our freedom and many of them are currently serving in harms way overseas in Iraq.  It takes a very special Soldier to live the Army life and they deserve all of our support, 24/7, 365 days a year.Promoted to the rank of Command Sergeant Major/Sergeant Major effective August 1, 2007:Hampton, GeorgeJohnson, NicheleRobinson, WendyPromoted to the rank of First Sergeant/Master Sergeant effective August 1, 2007:Aragon, ManuelBlount, RonnieBryant, WilliamCl... 08/06/2007
Comments 6

By 1SG (Ret.) David Kucic, President and Owner
(Hawaii Military Realty, Inc.)
By: David Kucic, Hawaii Home Buying and Selling Team      First Sergeant, US Army Retired"Military Spoken Here and Military Always Welcome"How many service members are going to be faces with having no place to live upon their return to Hawaii later this year?  MANY!Think about it.  When they deployed to Iraq in the summer of 2006, a lot of them gave up their government quarters, off post/base rentals and some sold their homes.  Why would they need to keep it if they were leaving for over a year?The exact same thing happened when I returned with the 25th ID from Schofield Barracks, Hawaii after a 13 month tour in Iraq from 2004-2005.  Soldiers had no place to live.  Many had sent their spouses back to the mainland to stay with family members during the deployment.  There were also many v... 07/13/2007
Comments 8
Explore Schofield Barracks, HI
Schofield Barracks, HI Real Estate Professionals