By Mary Borth, LuxeHomesBN.com
3 Bedroom Ranch in Perfect Condition; Lots of Custom Details and Main Floor Laundry   1101 Winston Ct is located at the end of a cul-de-sac in a quiet neighborhood in Normal IL. You’re looking for a house that is move-in ready and needs no updates or renovations. This is that house.  From the landscaping in front, to the shady trees and front porch, this house welcomes you home. An asphalt driveway with an extra parking pad on the left makes it easy for you and your guests to park. As you enter the front door you’ll notice vaulted ceilings open from the living room to the kitchen.   Once inside the kitchen, you’ll see custom porcelain tile and hickory cabinets. The appliances are stainless steel “look” so they are easier to clean and still magnetic. The spacious, eat-in-kitchen has plen... 10/03/2012
Comments 1

By Mary Borth, LuxeHomesBN.com
LivingBN.com Bloomington Normal Real Estate and Lifestyle Blog     Fall Is Right Around the Corner     I love fall produce; plums, peaches, apricots, nectarines, etc. This is a photo I took last week while shopping at Fresh Market in Normal - and this was only a small portion of the selection they had!! Recently I have been buying my produce exclusively at Fresh Market and I highly recommend giving it a try if you haven't already. Most of it is grown in the US and the variety is great. Enjoy! And happy fall!   08/27/2012
Comments 0

By Mary Borth, LuxeHomesBN.com
Okay, you've heard me say it before, but if you've got a house to sell, get on it! We are low on inventory in a few price ranges and there is no shortage of buyers. $200,000-$400,000 is an area with a sizeable gap right now. All price ranges are selling so if you have been 'waiting out the market' give me a call and I can give you a current picture of what's happening in your price range and/or neighborhood.     04/26/2012
Comments 0

Do I Have to Be Pre-approved Before Looking at Homes for Sale? (Bloomington - Normal IL)

By Mary Borth, LuxeHomesBN.com
As a real estate broker, one of my most important responsibilities is to protect you and your money.  The need for a pre-approval letter prior to looking at homes is important for a couple of reasons. First, what happens if you absolutely fall in love with a home, then find out you don’t qualify to buy it? Also, how will I know what homes to show you if we don’t have a price range to start with? And what about the seller and listing agent who are excited about a showing only to find out it wasn’t a qualified buyer at all? It really does save a lot of time and heartache. Being prepared and knowing what to expect makes the home search process so much more enjoyable for everyone involved. If you have any questions about pre-approval or need a list of local lenders, call me and I will answe... 04/19/2012
Comments 5

By Mary Borth, LuxeHomesBN.com
Our local market is rebounding and fast! In fact, we have several price ranges where inventory is very low. Personally I am working with a handful of buyers who are having trouble finding something.  Listings are selling within a very short time and have even been getting multiple offers again. This is great news, not only for buyers and sellers (and Realtors :) but for the community as a whole.  Many people put their real estate plans on hold last year because they were waiting to see what the market was going to do. Now we are seeing that our market has stayed relatively stable and confidence has gone up.  In fact, my brokerage, Keller Williams Bloomington-Normal, has outgrown our current building and are moving to a much bigger space. If you have specific questions about your home or... 04/18/2012
Comments 0

Spring Has Sprung in Bloomington Normal!

By Mary Borth, LuxeHomesBN.com
I love showing homes for sale this time of year! Bloomington Normal is beautiful in the spring. The lawnmowers are out in force, people are working on their landscaping and flowers are blooming everywhere. People are in a great mood in the springtime and real estate is in full swing! Here are some photos I recently snapped while out showing, hope you enjoy!   Bloomington Normal has the best of a big town and a country feel. So get out there and explore! If you have a favorite spot or activity in Bloomington Normal, go to www.http://www.facebook.com/SellingBN and tell us about it! Thanks for stopping by and think of us when you have any real estate questions!     04/01/2012
Comments 2

By Mary Borth, LuxeHomesBN.com
Red Day is an annual Keller Williams event when offices around the country are closed so employees and agents can take the day off to "Give Where We Live".                Our office is working with the Wounded Warrior Project this year. If you are not familiar with their program, it is amazing. Take some time to check out their website at www.woundedwarriorproject.org. Or watch the video below. I am so proud to be part of a company that fosters this kind of committment to community. If you are affiliated with Keller Williams, I would love to hear about your plans for Red Day! And if you are part of the Bloomington/Normal community and would like more information about how you can help, contact me. www.SellingBN.com       03/21/2012
Comments 3

Ever Have One of Those Days?!

By Mary Borth, LuxeHomesBN.com
I definitely have!! My 12 year old daughter knows that she has to write things down for me or I forget. Like 'drama today, pick me up at 5'. She has taken to putting post-it notes on my laptop screen or my bathroom mirror. It's quite helpful. Now I just need her to train her two younger brothers to do the same! I have a great system now for work. There is a designated spot on my desk, where all my notes and scraps of paper from throughout the day are collected. Every evening (usually) I transfer them all to one list for the next day. So when I sit down at my desk every morning I am ready to go. But if it's not on the list, it's not gonna happen.         03/16/2012
Comments 7

By Mary Borth, LuxeHomesBN.com
Yesterday Mark Zuckerberg set off a stampede to Facebook's newest app, Friendsheet, by 'liking' it on his page. If you followed him there you found a page almost visually identical to Pinterest, but containing only the photos your friends have recently posted. Friendsheet looks like it has the same potential as everything else Zuckerberg touches. With so many people flocking to Pinterest to while away the hours, this will be an easy transition to bring them back to Facebook. The app gives you the opportunity to share, like and comment on your photos directly from the page. And it does so much more smoothly than Hootsuite, Tweetdeck or Nutshell. Since you are performing the action internally from Facebook instead of from an external platform everything works much better. While very simil... 03/06/2012
Comments 0

Want to Know the True Market Value of Your Home?

By Mary Borth, LuxeHomesBN.com
Real Estate in Bloomington Normal is in a state of flux, just as most markets across the country. There is so much conflicting information out there; Is an appraisal for refinancing the same as market value? Is an assessment the same as market value? Can we add the $30,000 we spent on a pool to our market value? Is our market value the same as our neighbor's? There are so many questions and seemingly just as many answers. Market value takes into account many things and most importantly is very time sensitive. (Any valuations more than 6 months old are not relevant now.) I would love to help you navigate the numbers and show you how current market value is figured. For More Information on Real Estate and Market Value in Bloomington Normal IL, Contact Me Today 03/02/2012
Comments 0

By Mary Borth, LuxeHomesBN.com
Station 220 Restaurant, formerly Central Station, in Bloomington IL You would think a "Farm to Fork" restaurant would be commonplace in the middle of the heartland. But Station 220 is Bloomington's first. Located in the heart of Downtown Bloomington, the building was once a fire station. It was built in 1902 and served as the main station until 1974. The restaurant is stocked by Epiphany Farms Enterprises, the brainchild of  Ken Myszka of Downs, Illinois. The land belongs to his family and helped him realize his dream of having more control over the ingredients and techniques used in his cooking. Epiphany Farms Enterprises produces "hundreds of varieties of vegetables and herbs alongside grass-fed beef, free-range chickens, pigs, turkeys, ducks, hens, and eggs that will be on the ever-c... 02/27/2012
Comments 0

By Mary Borth, LuxeHomesBN.com
First Time Home Buyers Looking for Bloomington Normal Real Estate If you are a first time home buyer in Bloomington Normal, I will help you find the perfect home. Where you can put down roots, build memories and perhaps raise a family. The home buying process can be daunting, especially for first time home buyers. I will help you navigate the process from your first showing to walking in the door of your brand new home! I have a First Time Home buyer Packet that will give you all the information you need to begin the process. Fill out the form below to give me an idea of what you are looking for, and I will send you 5 listings that might be perfect. Your perfect home is out there waiting! 02/27/2012
Comments 0

By Mary Borth, LuxeHomesBN.com
Located in the heart of Central Illinois. (What you might call flyover country, but we call home) Yes, I cracked up the first time I saw a "Normal Police" car. Hey, it's funny. Old Route 66 runs right through Normal with several scenic spots all along the way between here and Chicago. Downtown Bloomington. Lincoln slept here. Or at least visited. Children's Discovery Museum (amazing) in Normal. The Normal Theatre. Still open, completely restored.   Uptown Normal, not to be confused with Downtown Bloomington. McLean County Courthouse. Clearly, NOT Bloomington or Normal. However, this is Trunk Bay, which is the namesake of a Building Contracting Company here in Bloomington. That is his graphic you see super-imposed on the photo. 01/20/2012
Comments 1 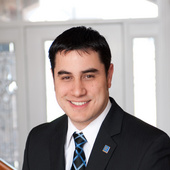 By Jack Bataoel, CDPE
(Keller Williams Realty)
Open House!!! 3308 Carrington, Bloomington, Illinois 61704 Saturday 6/27 11-2pmA gorgeous home located on the lake at Fox Creek! This new 1.5 story traditional brick front home is set on a golf course with beautiful landscaping that includes an irrigation system. The 5 bedroom, 4 1/2 bathroom home has custom woodwork throughout. The living room and the formal dining room have amazing and unique hand-scraped cherry wood floors. The two-story family room is completed with a columned wall of scenic windows with fabulous views of the lake and golf course. The kitchen is equipped with beautiful custom made Amish cherry cabinets, granite countertops and porcelain tile floors. The home has a main floor master bedroom which includes a one of a kind bathroom with whirlpool tub and a custom walk-... 05/28/2009
Comments 0

By Jack Bataoel, CDPE
(Keller Williams Realty)
Open House!!! 1211 S. Lee Street, Bloomington, Illinois 61701 Saturday 5/30 12-1:30pm & Sunday 5/31 11:30-1pm Updated Home with 3 bedrooms and 2.5 baths.  This 1.5 story home has amazing patio and landscaping. The outdoors grounds of this home was professionally landscaped with a brick patio, plants, bushes, retaining walls, and even a water fall fountain. The interior of the home has wonderful hardwood floors and updates throughout. Upstairs bathroom was completely redone in 2008, the entire home was re plumbed in 2008 as well. A great starter home!  This property is being marketed by Jack Bataoel of Coldwell Banker Heart of America Realtors.  Please call one of Jack's team members for a private showing today! (309)661-7057    05/28/2009
Comments 0