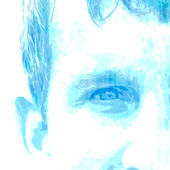 By John Marlow, John Marlow
(Foxhall Investments)
Real Living Helios Realty is the first brokerage in Chicago to adapt the 'podcast' to help advertise their listings.In essence, the virtual tour is taken to the ipod.  Buyers with video ipods can now conduct their real estate searches virtually anywhere they can take their ipod!  All they have to do is subscribe to a podcast (see http://www.reallivinghelios.com/) and listings will automatically download to their ipod.Every listing I take as an agent I advertise using this and many other effective methods to make sure that my listings are as visible as possible to the general public and the real estate community.Staying on the cutting edge keeps me effective and my clients happy.  Considering the buyer favored market we are currently experiencing it is very helpful to have the best adver... 10/04/2006
Comments 2

The City of Chicago's Cultural Activities

By Eileen Landau, ABR, CRS, e-PRO
(BAIRD & WARNER, NAPERVILLE)
For those of you either relocating to the Chicago Metro area, or coming to the "Windy City" for a vacation, we're now rocking and rolling with activities.I thought about this yesterday as we attended Lyric Opera's Turandot, a grand opera with vivid costumes and bold staging. Currently, we have King Lear at the Goodman Theatre; Hamlet at Navy Pier; and coming next week, the pre-Broadway show, The Pirate Queen.Now, admittedly, there was a time when "culture in Chicago." caused an eyebrow to raise, especially from our east coast cousins. But, now, there is vitality in this city. And, many small theatre groups are in existance!And, a thanks to Richie Daley, our flower-loving mayor. His idea to have plantings along Michigan Avenue have made that street incredibly beautiful. And, our new Mill... 09/29/2006
Comments 0

An event INSPIRED by Active Rain's community of friendly cooperation...

By Craig Schiller
I am thrilled to share what I have been working on ALL day.  Influenced by the kind and generous spirit of cooperation here on AR a realtor/friend of mine Annie Alexander, of Keller Williams, and  I came up with the idea of creating a building wide Realtor Open House Tour. Knowing and believing that synergistic teamwork can create so much more... we developed what we call a "POWER TOUR".  We were able to get 11 of 14 agents that had listings in one building to work together to create ONE BIG Realtors OPEN HOUSE that will take place next Tuesday from 11AM to 2PM. AND thanks to “The Lovely Wife’s”  playful creativity in "The Official Active Rain-Speak-Cheat-Sheet" my brain got cooking...  we are calling the event “TOURIFFIC!” You can see a sample of the ad created for the day below.So if ... 09/20/2006
Comments 15

I CONFESS... I watch OPRAH and enjoy it!

By Craig Schiller
So today opens the new season of Oprah. I am sooooo in need of a fresh Oprah "fix". I recently was shopping for props for our prop library at IKEA here in Chicago and there was a woman that looked so much like Oprah... I had to ask. She just smiled and said that people always tell her she looks like Oprah.  Like Oprah, generosity beamed thru her reply. It was in mid August and I need a good Oprah fix... it did hold me over.WHY do I watch Oprah... because she puts herself out there. Is Oprah right all the time? NO, not in my opinion! But, like a blog, she puts her opinions out there... she gives you the world via her eyes. While she has an strong opinion, she KNOWS she is not an authority she is a human. She stirs the pot to start dialogue.I can not tell you the number of times I have... 09/18/2006
Comments 17

By Carol Rumak
Thinking globally while acting locally through the world of home Staging, Chicago area ASP Stagers participated Saturday, September 16th, in the 2nd annual World Staging Service Day.  Over a dozen members of the Greater Chicago Chapter of the International Association of Home Staging Professional (IAHSP), their family members and other ASP Stagers volunteered their time, talents and personal resources in improving a house for Seguin Services. The vacant, ranch style house with 6 bedrooms, located in Broadview, IL will provide residential housing for 6 men with profound disabilities and their caregivers.With efforts going beyond traditional Staging, the Stagers 'set-up house' by painting, making and installing window treatments, removing wallpaper, cleaning and readying the kitchen. Colo... 09/17/2006
Comments 2

God really knows how to be a kill joy!

By Craig Schiller
(Alternate blog title: "Church Blocks view and ends sale.")So all week long I have been "ranting and raving" about the high rise luxury condo we just had completed staging and how the priced was raised and how a person who had first scene it at the lower price was now considering it at the higher price after touring it 2 more times (for a total of three tours). Well this staging story does not have a happy ending.  The buyer opted NOT to buy this beauty, out of fears that the new Episcopal Diocesan Office building which is scheduled to be built in the block north of this condo would obstruct the amazing view. The Episcopal Church desperately needs new office space to support its growing ministries and came up with a GREAT idea to lease the land they own to a developer who would then bui... 09/09/2006
Comments 3

This Staging Story keeps GETTING BETTER... offer is coming in.

By Craig Schiller
I told all my fellow Rain Drops that I would keep you posted... So today the listing agent called to tell me she had a 3rd showing to the same client of the property we JUST finished staging on Friday. You may all recall that this is the property where the priced was RAISED $50,000 and I just blogged about it on Saturday. Asking Price RAISED $55k after Real Estaging While I know the deal is not done yet... it sure seems to be moving in the right direction for sure.  I'll continue to keep you posted. But if this goes it will be a "staged sale" in record time for Real Estaing! Keep your fingers crossed. Craig PS: Here are 2 more sets of pixes from the same property... I'm telling you, lake and city VIEWS to die for!        Before & After photos copy written by REAL ESTAGING. 2006 ALL Righ... 09/05/2006
Comments 4

By Craig Schiller
I know I keep ranting and raving about how staging can impact the asking price of real estate. So I am just THRILLED to share this story of a property we JUST finished staging yesterday morning (September 1). We fully staged the Foyer, Living Room, Dining Room, Kitchen, Hallway, Master Bedroom and Master Bathroom of this luxuary condo with VIEWS TO DIE FOR! The realtor, who has used Real Estaging services before knew the quality of our work... when she recently got a listing she convinced the seller that if he had it us staged it  he could ask for more... $55,000 MORE! Our fees are well covered and the seller stands to walk away with alot more cash in his pocket. Plus the seller can expense our fees as and advertising expense... reducing his capitol gain.  WIN WIN WIN! The realtor no lo... 09/02/2006
Comments 20

By Craig Schiller
Here at Real Estaging we are constantaly trying to offer the best in real estate staging services.That is why we are proud to announce that we are the first staging company in North America to offer this level of service.  We call it Real Erazing... perfect for properties that have no hope, and home sellers that have no clue.Bruno Bulldozeroni, our lead property stylist in this newly formed department, will be happy to tear down and destroy any listing of your choice,  AND for a limited time... his cousin "Knuckles"  will be happy to "persuade to reconsider" any seller who insistes they know what the best asking price that their property should be listed for. (This offer not valid in New Jersey, New York, Chicago, Las Vegas or Celebration FL)To all my friends on ActiveRain, smile! And h... 08/11/2006
Comments 4

By Ken Smith
(Suburban House Hunters)
Here is a quick overview of the single family market in Lincoln Park, Chicago. There currently is about 29 months of inventory. With over 2 years worth of inventory it is safe to say that for single family homes Lincoln Park is now a buyers market.currently on the market: 209 currently under contract: 44 closed in the last 90 days: 21 est. inventory: 29 months lowest price: $399,900 highest price: $12,000,000For more information about Chicago real estate including a free mls search that includes all homes on the market. 07/24/2006
Comments 1

By Ken Smith
(Suburban House Hunters)
Here is a quick overview of the condo market in Lincoln Park. There currently is about nine months of inventory.currently on the market: 569 currently under contract: 292 closed in the last 90 days: 182 est. inventory: 9 months lowest price: $129,000 highest price: $3,480,000For more information about Chicago real estate including a free mls search that includes all condos on the market. 07/24/2006
Comments 0

By Ken Smith
(Suburban House Hunters)
Just a brief market overview for the Chicago market. The increasing interest rates have caused buyers to slow their pace of buying. Many buyers are "waiting to see if the rates will go back down" and that is not a smart idea. There is no reason to think that interest rates will fall back to the all time lows that we had over the last couple of years. At that more likely is that with each week a buyer waits they are going to have to pay more for their loan as interest rate continue to rise.Sellers are seeing increased market times, yet the prices continue to increase. This shows that the market is just becoming more stable and not a buyers market. If a home is priced correctly, marketed correctly, and in good condition it will sell in a reasonable amount of time. Visit our website to fin... 06/26/2006
Comments 2
<< Previous 1 2 … 300 301 302 303 304 305 306 307 308 Next >>
Explore Chicago, IL
Chicago, IL Real Estate Professionals