By Michael Taylor
(Red Door Real Estate)
Here is a look at what happened with Washington Township homes under $600,000 for September 2008:   2007 2008 % Change Active N/A 1229 Homes Sold 125 133 6% Average Selling Price $156,671 $161,975 3% Days on Market 76 86 13% Price Per Square Foot $99 $93 -6% More good news this month is coming from Washington Township. For the first time this year, the number of homes sold is up over last year. Every single month so far this year we have seen double digit decreases in the number of homes sold in Washington Township Indianapolis, but this month showed a significant turnaround. In addition, the average sales price is also up. In all but one other month this year, we have also seen a price decrease compared to last year. This is great news and hopefully a sign of things to come. If you ar... 10/17/2008
Comments 0 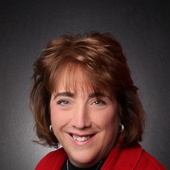 Property Taxes Up - While Values are Down

By William Seward
(Seward Real Estate Services)
I CAN HELP!Many homeowners are receiving tax bills that don't seem to be in line with the real value of their homes.  With many real estate markets changing rapidly, it pays to find out for sure.  This is particularly true for buyers from 2005-2006 - commonly referred to as the "BOOM" period. Present market conditions, however, have seen 10-20% drops in some Central Indiana markets.  And while local tax authorities may have lowered assessments some - they are at times still not in line with current market conditions. As a homeowner, you can fight your tax assessment on your own.  You need to know what you are currently assessed, and then figure out what it OUGHT to be assessed for.     A few tools along the way may include: A CMA or Competitive Market Analysis - this is typically a com... 09/09/2008
Comments 0

By Rick Bisio
(FranChioce Consulting)
The Educated Franchisee, by Rick Bisio, is a complete guide to entering, owning and operating a franchise.    •1)     Preparing Yourself for Business Ownership: The first five chapters of this book are focused on helping the reader decide if business ownership is truly something that makes sense as a career and life choice.   •2)     Getting it Right the First Time - How to Examine a Franchise: The second section of the book is focused on educating the reader on how to dissect a franchise system.  Some franchise systems are great but others should are not very attractive investments.  This how-to manual coaches the reader through the steps that assure a thorough exploration of franchise business ownership and thoughtful decision making.     •3)     You've Found the Right Business - Now ... 09/05/2008
Comments 0

By Cindy Marchant, "Cindy in Indy" , Realtor, Fishers Real Estate
(Keller Williams Indy NE 317-290-7775 www.marchantteam.com)
Get a first look at the new Lucas Oil Stadium in Indianapolis, Indiana!  We attended the Colts vs The Bengals on Thursday and were stunned by the views, ambience and energy of the new stadium; nevermind the loss the Colts suffered with the Bengals! The stadium, at a cost of $720 MILLION dollars seats 63,000 and slightly more for concerts or conventions.  It covers more than 39 acres of land; compared with 12 acres for the old RCA Dome that seats 58,000.  The coolest part of the new digs aren't the 14 escalators, 26 ceiling fans that look to span some 16 feet, or the 148 concessions stands; it is the retractable roof!  In addition to the retractable roof, there is a window wall that also opens.  It is the largest moveable glass wall in the world!   Another great feature are the scoreboar... 08/31/2008
Comments 9

COndos and Townhomes out pacing demand

By Shane Tilton
(Your Home Company Realty)
If you look at my townhome popularity, I mentioned how supply was outpacing demand.  Well, while that is true, the average sales price for condos in downtown is up, way up.  Despite the fact the number of Indianapolis condominiums sold is down by more than 100 or 36% since last year, the average selling price rose to $324,541 in 2008.  This price jump represents an increase of almost $50,000 or 18% over the previous year's numbers.  Obviously, this means despite the decrease in units sold there are higher priced units selling in downtown Indianapolis.  My best guess is that more and more people are finding that downtown living is more attractive with gas prices and the general cost of living increasing on a daily basis.  In addition, more and more developers are building higher end unit... 08/27/2008
Comments 2

By Shane Tilton
(Your Home Company Realty)
Townhouses are proving increasingly popular with home buyers looking to buy newly built homes, attracting young families who have ditched detached properties for a trendier, more affordable new style of home.With the average price of a new detached home recorded as ?307,875 in September, young families are turning to more affordable townhouses which offer a similar amount of internal space but are currently 63,000 pounds sterling less than the price of a detached home of similar size.According to SmartNewHomes.com, townhouses have experienced the biggest growth over the last year and now make up 10% of the new homes mix - up 3% since the same time last year. However, prices remain competitive and in the current market, home buyers can purchase a new townhouse for less than they would ha... 08/27/2008
Comments 4 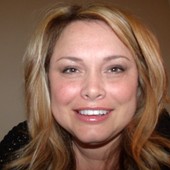 By Heather Fitzgerald, REALTOR Greenwood Indiana Real Estate
(REALTY WORLD-Harbert Company, Inc.)
The Rib America Festival takes place from August 29th, thru September 1st in Military Park, Downtown Indianapolis.  Ribs from Award-Winning Vendors will be served, along with music by Ted Nugent,          The Why Store, The Elms, Peter Frampton, and many more. Admission before 1 P.M. is free on Saturday and Sunday, $5.00 Admission after 1 P.M. , Children 12 and under-free admision at all times. Check website for updates on this information! For more information visit:  www.ribamerica.com   Are you new to Indianapolis or just looking to Purchase a Home?  Keep us in mind for your Real Estate Needs! Heather in Indy www.SmithFitzgeraldTeam.com 08/18/2008
Comments 2

By Jayson Manship
(URBaCS - Referral Builder)
Hello all, My name is Jayson Manship and I'm new to Active Rain. I am the Director of Operations for a company called Referral Builder, LLC. We help new home builders grow their referral business. My company has just introduced a new product to the market called URBaCS. I have worked as a sales professional for Hansen & Horn, the admin of our company's CRM (Salesforce.com) and as a database marketing expert for the Indiana Pacers basketball team. I am excited about this network and these groups and I hope to learn and grow in this new community. 08/12/2008
Comments 11

By Michael Taylor
(Red Door Real Estate)
The Indianapolis real estate market seems to pretty much staying the same from the beginning of the year. The number of Indianapolis homes sold is still down substantially over last year and the average selling price is also down. Here is a look at what happened on the Indianapolis market for homes under $500,000:   2007 2008 % Change Active N/A 8937 Homes Sold 1396 1041 -25% Average Selling Price $117,648 $109,713 -7% Days on Market 83 87 5% Price Per Square Foot $72 $65 -10%   The one piece of good news I can see from this report is that the average selling price is down by only 7% over last year. While this may seems terrible at first glance, it is actually a vast improvement over the 20% decrease we saw back in January. The absorption rate, or number of months supply of homes curre... 07/17/2008
Comments 0