By George Damianos, Luxury Bahamas Estate Agent
(Damianos Sotheby's International Realty)
AirTran Airways on Dec. 17 kicked off a daily, nonstop flight to Nassau, Bahamas, from Atlanta, the airline's biggest hub.  The flight was scheduled to take just over two hours to reach the Bahamian capital.  AirTran, a subsidiary of Orlando, Fla.-based AirTran Holdings Inc., is also launching service to Nassau from Baltimore four times per week and Orlando five times per week.  The Bahamas flight is the newest expansion to AirTran's Caribbean route map. Flights to Cancun, Mexico, and San Juan, Puerto Rico, launched earlier this year.  Introductory fares are $79 each way from Atlanta, $99 from Baltimore and $44 from Orlando.  The Bahamas opened a consulate general in Atlanta earlier this year.  Visit www.airtran.com. 12/23/2009
Comments 0

By George Damianos, Luxury Bahamas Estate Agent
(Damianos Sotheby's International Realty)
(PHOTOS) Carrie Underwood performs in The Bahamas By Ben Jamieson Paradise Island, Bahamas - American country singer and songwriter, Carrie Underwood performed in The Bahamas at Atlantis on December 5th in a sold out concert with an audience ranging from pre-teen to senior citizens. Breaking away from her country roots during the last quarter of the show with an  electrifying cover of 'Paradise City' by Guns 'n Roses at which point half the audience, already a little miffed by Atlantis' heavily enforced "you have to stay seated at all times" policy rushed to the front of the stage to let loose and finally really enjoy the rest of the performance. It was a great gig from an awesome talent. Miss Underwood rose to fame after winning in American Idol in its fourth season. 12/23/2009
Comments 2

By George Damianos, Luxury Bahamas Estate Agent
(Damianos Sotheby's International Realty)
Freeport, Grand Bahama, Bahamas - A Ministry of Tourism team was on the ground making sure that everyone felt welcomed and received a gift as they disembarked from Delta’s direct inaugural flight from New York (via John F Kennedy Airport) to Grand Bahama.   The airline will use a CR9 Aircraft with a seating capacity of 76-passengers. Flights will run Thursday through Sunday.   The flights will be packaged through Delta Vacations and participating hotels include the Radisson at Our Lucaya Beach & Golf Resorts, The Reef Village at Our Lucaya Beach & Golf Resort, Pelican Bay Hotel & Suites, Viva Wyndham Fortuna Resort, and Old Bahama Bay Resort & Yacht Harbour.   Pictured making sure visitors receive their gift bag from left: Debbie Hyler, Manager, Ports of Entrée, MOT; Keren Seymour, Dir... 12/23/2009
Comments 0

Vanessa Rousso has boot camp in the Bahamas

By George Damianos, Luxury Bahamas Estate Agent
(Damianos Sotheby's International Realty)
Poker pro Vanessa Rousso is conducting her first poker boot camp of 2010 in the Bahamas. It's Jan. 10 at Atlantis, Paradise Island. The former Wellington high school valedictorian is calling it “Strategy Symposium Under the Sun.” She'll have another one Jan. 22 in Biloxi, Miss. “My biggest passion outside of playing poker is in teaching poker strategy. I love watching that light bulb go off in my students’ minds when they discover something new,” she said. She spun part of her class after reading The Art of War by Sun Tzu, and calls her camp The Art of Poker. Cost is $250. For more information go to www.bigslickbootcamp.com Rousso, 27, has won $4 million tournaments so far, and had quite a 2009. She was featured in a two-page advertorial spread in the Sports Illustrated swimsuit editio... 12/23/2009
Comments 0

Sienna Miller And Jude Law 'To Spend Christmas In The Bahamas'

By George Damianos, Luxury Bahamas Estate Agent
(Damianos Sotheby's International Realty)
Monday 21st Dec 2009 Sienna Miller and Jude Law are set to spend the festive period together in the Bahamas, according to reports. Miller is understood to have invited Law, with whom she is reported to have rekindled her romance, to join her and friends at a beachfront villa. However, the actor is said to be torn between joining Miller and spending Christmas with his three children by ex-wife Sadie Frost. "He's very much considering the proposal and would love to take up the opportunity but has a number of other considerations - not least his kids,” a source told The Sun. Law and Miller said understood to have grown close again after their recent roles in different Broadway productions. The couple's previous two year romance began in 2004 when they met on the set of Alfie.   12/23/2009
Comments 0

By George Damianos, Luxury Bahamas Estate Agent
(Damianos Sotheby's International Realty)
At this time I would like to state that each and everyone of our agents is important to Damianos Sotheby’s International Realty. All of our realtors are to be commended for the sales and rentals they completed in the 2009 soft market.  I would like to wish them great success going forward into a new year and a new decade. My heartfelt thanks to our entire sales team. Virginia Damianos Steve Donovan – Top Producer 2009 Mark Hussey – Top Listing Agent 2009 Ridley Carroll – Top Producer Nassau Team 2009 Stan Sawyer – Top Producer Abaco Team 2009 12/23/2009
Comments 0

By George Damianos, Luxury Bahamas Estate Agent
(Damianos Sotheby's International Realty)
Exceptional Education Outreach (EEO) Invites you to an evening under the stars of fine art, cocktails, hors d'ouerves and music to celebrate EEO's 10th year of special education and literacy programs on Harbour Island and Eleuthera.Monday, December 28th6:00 until 8:30pmPink Sands Blue BarHarbour Island , BahamasEntertainment by Daddy D and EEO studentsIf you are unable to attend, but would still like to help.....10 ways that you can honor our 10th anniversary:1. Make a donation to sponsor two students at the $2,500 level (See website for student profiles slide show)2. Come visit our classrooms for a day and share your talents3. Visit Amazon.com and search for EEO Wish List under "EEOBahamas@yahoo.com" and buy something for our resource rooms on Eleuthera and Harbour Island4. Make a don... 12/21/2009
Comments 0 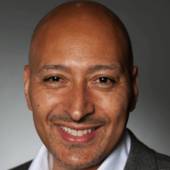 Are Banks The Enemy of Home Owners?

By Nick Marr, Promoting real estate internationally
(TRINIDIGITAL )
The Florida housing market is of particular interest to overseas property observers like me as it remains one of the most popular places where people would like to buy a second home. I watched from the UK how the Florida housing market collapsed. We saw Florida home owners who were not in financial difficulty suddenly become competitors in the housing market with banks. This happened when banks offered foreclosed homes at extremely low prices, Florida home owners could not compete. Our website featured homes being offered to our international audience at vastly different prices. Bank owned 3 bed family homes with a pool for half price. The solvent home owner had no choice but to default even though they could afford their mortgage payments.  Florida home owners thought "why am I paying... 12/21/2009
Comments 0

Interactive Junkanoo Site: Experience the Sites and Sounds of Junkanoo!

With over 65 species of birds on The Abacos, it truly is a bird-watcher’s paradise.

By George Damianos, Luxury Bahamas Estate Agent
(Damianos Sotheby's International Realty)
With over 65 species of birds on The Abacos, it truly is a bird-watcher’s paradise. It is one of the few places in The Islands of The Bahamas where you can find the green Abaco or "Bahama" Parrot, mainly in South Abaco near Hole-In-The-Wall. There are many other things you can discover about the bird population here. Surrounded by beautiful scenery, some of the birds you’ll encounter are the Bahama Yellow-Throat, the Cuban Emerald Woodpecker, the Red-Legged Thrush, the Olive-Capped Warbler and the Flamingo, national bird of The Bahamas. The Bahamian/Abaco Parrot The Bahama / Abaco parrot is a subspecies of the Cuban Amazon parrot. Locally (in Abaco) it is referred to at the Abaco Parrot because of the large numbers in the pine barrens of southeast Abaco. The Bahama Parrot's scientific ... 12/16/2009
Comments 2

By George Damianos, Luxury Bahamas Estate Agent
(Damianos Sotheby's International Realty)
http://www.alburysferry.com/ A Little History About the Albury Ferryhttp://www.travelpod.com/travel-blog-entries/takinbetz/1/1241724900/tpod.html Man-O-War is a traditional boat-building center of the entire Bahamas. Loyalists settled in the islands of the Bahamas in the 1780's and those settling in the Exumas tended to be farmers, but those settling in the Abacos tended to be merchants and boat builders still enduring today.  Although there are no descendants of Loyalists in the Exumas today, they can be found in the Abacos. Almost all the residents of MOW Cay can trace their roots back to Nellie Archer and Ben Albury.Nellie Archer  visited MOW Cay to farm a plot of land her family owned and on hot days they would go to the beach to cool off. One day they heard voices coming from the b... 12/15/2009
Comments 0

Bahama parrot recognized as the official mascot of the 500th Anniversary of Columbus’ Landfall in the New World in 1992.

By George Damianos, Luxury Bahamas Estate Agent
(Damianos Sotheby's International Realty)
This National Park, comprising 20,500 acres in Southern Abaco near Hole In The Wall, has been designated a preservation area by the Bahamas Government and is managed by The Bahamas National Trust. Included are 5,000 acres of pine forest – the nesting area and habitat of about 1000 endangered Bahama or "Abaco" Parrots. The parrots once lived on as many as seven islands in The Bahamas, but now only exist in Abaco and Great Inagua. The forest is valuable to the parrots for several reasons: during the breeding season, parrots feed on the seeds from the pine trees, which provide a rich source of protein for developing chicks, and they nest in limestone cavities on the ground of the pine forest. They are known to be the only species of parrots throughout the islands of the Caribbean that nes... 12/15/2009
Comments 0

More Photos of the Oasis of the Sea While in Nassau!

Sights and sounds of the season abound throughout the islands.

By George Damianos, Luxury Bahamas Estate Agent
(Damianos Sotheby's International Realty)
Buds N' Blooms, Sand Dollar Shoppe and other island shops started off the season with open houses on the night of Friday, November the 27th. Lots of locals as well as non-national owners and their guests turned out for the yearly "side walk sales" event. Even Santa made an appearance for the kids to take photos with him at Beulah's Photography Shop. Many of the shops will continue these open house sales Fridays and Saturdays throughout the remainder of the year.On December 4th, Abaco held it's 6th annual Christmas festival where the highlight of the day was the Royal Bahamas Defense Force Marching  & Pop Bands performance. They marched in grand style blending orchestral style with down-home flavour and threw in a few well known carols for the season. The crowds lining the streets were a... 12/14/2009
Comments 0
<< Previous 1 2 … 47 48 49 50 51 52 53 54 55 Next >>
Explore International, IT
International, IT Real Estate Professionals