By Barbara Flannery, "Homes for Everyone In London Kentucky"
(USA Realty,Inc.)
This photo was taken last week in LAKE BARKLEY.  There was a storm coming up and even tho it was so hot and humid the lake is just Beautiful. If you are ever in Western Ky this is one place you will want to visit. I have been going to LAKE BARKLEY for several years now and it just is a relaxing place to visit. 06/24/2009
Comments 11 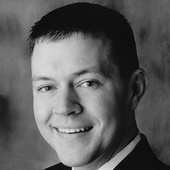 By Jay Allen, MovieVoice
(MovieVoice Production Co.)
Cadiz, KY- Cadiz is a city in Trigg County, Kentucky, United States. The population was 2,373 at the 2000 census. It is the county seat of Trigg County. It is an old town located close to the Land Between the Lakes, a popular recreation area, and was a base of Union and Confederate operations in the American Civil War. It has become known as a tourist location, with its tourist information center located in an authentic 19th-century log cabin in its original location. Geography- Cadiz is located at (36.867781, -87.817374).According to the United States Census Bureau, the city has a total area of 3.5 square miles (9.0 km²), all of it land. Climate- Cadiz has a borderline humid continental climate and four distinct seasons. The warmest month of the year is July, with an average high tempe... 06/28/2008
Comments 1

Sales up in Trigg COunty Compared to 1st qtr '07

By Charles Terrell
(Trigg County Realty)
You may find these links helpful when visiting the area to find out what is happening.  the local Recreation Complex host several events throughout the year as well as hosts all of the little league soccer and baseball games.  There are also High school baseball and softball games played there.  The website is www.triggcountycomplex.com.  Also you can check out area businesses and specials at the chamber of commerce. www.cadizchamber.com.  The local radio station is 106.5 WKDZ.  You can listen to this live via the internet free of charge at www.wkdzradio.com. I hope you find this information useful and we would be glad to see you.  04/23/2008
Comments 0

By Charles Terrell
(Trigg County Realty)
Trigg County is located along Interstate 24, just north of the Tennesssee border.  the county borders Land between the Lakes National Forest and Fort Campbell Military reservation.  There is excellent fishing oppotunities on Kentucky and Barklet Lakes.  we are famous for our Country Ham Festival, held the second weekend of October every year, and our Antique Malls.  We have over 15,000 residents in the county.  Approximately 75% are homeowners.  There is a strong influence of military, because of our proximity to Ft. Campbell.  We also appeal to people with the desire to have a vacation or retirement home on the Lake.  Come see us, and we will show you the many benefits and attractions in Trigg County. 04/23/2008
Comments 0
Explore Trigg County, KY
View all cities
Trigg County, KY Real Estate Professionals