What flood zone is your new home located in?

By Bridget Fredericks
(Home After Home)
Residents and homeowners in Village St. George are urged to attend the meeting Wed, February 28 at 6:30 pm.  The meeting will be held at the St. Elizabeth Room of the St. George Kleinpeter Center.This group needs no less than 20 people to attend so that action committees may be formed.Village St. George, through the efforts of these meetings and with the help of WIN (Working Interfaith Network), has made great strides in improving the quality and appearance of the neighborhood.  If you can help this work continue, please be there. 02/27/2007
Comments 0

By Bridget Fredericks
(Home After Home)
Hurricane Katrina caused a population surge in the Baton Rouge area 17 months ago.  Just a day after the storm hit countless, homeless families were renting and buying anything and everything they could get their hands on - sight unseen.  Within a matter of hours, homes that had been on the market for a day or for a year were gone with multiple offers.  Phones were not working.  Communication was difficult.  It was a flat out madhouse in Baton Rouge.  About six months later, there were still people purchasing property as a result of the storm.  Some had waited until they could decide on making a permanent move to Baton Rouge from New Orleans.  Others who had made panic purchases were putting their homes back on the market so they could fix up their New Orleans homes and move back.  Toda... 02/26/2007
Comments 1 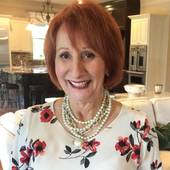 By Glenda Daughety, She Never Quits!
(RE/MAX First)
Mortgage rates were moving all sorts of ways as the first month of the new year came to a close. Some were up, some were down and some haven't moved at all, according to the weekly survey by Freddie Mac. "Mortgage rates were mixed on news that December's leading indicators, a measure of future economic activity, signaled steady growth in the coming months," the company's chief economist, Frank Nothaft, explained. Another factor impacting loan costs was new construction, which came in stronger than expected in December; this despite a decline in single-family starts. Here's the latest read: The 30-year fixed-rate mortgage averaged 6.25 percent with an average 0.4 points as January drew toward its end. That's up from 6.23 percent the previous week and 6.12 percent a year ago. (A point is... 02/12/2007
Comments 0

Increase the Odds of Selling Your Home by Cleaning Out Clutter

By Glenda Daughety, She Never Quits!
(RE/MAX First)
Whether you're getting ready to put your home on the market or you simply want to get a fresh start in 2007 -- clearing clutter is the answer. Your REALTOR® will tell you when they show buyers a cluttered home, no matter how lovely it could be, prospective buyers just can't picture it and will usually pass or make an offer for much less than the seller thinks the home is worth. Yes, packaging matters. It matters when you're buying a product in a store and it matters when you're selling your home. Think about the way model homes are packaged for display. There's so little in them; yet they look just perfectly appealing. Of course, that's not how any of us really live. But it's how consumers want to see the home. The fact is, maybe we could live with a little less -- at least while our h... 02/12/2007
Comments 0

By Shannon Sims
(Judy Burkett Realtors)
The new issue of Forbes magazine includes an article titled "America's Best and Worst Housing Markets.  You can read it at  http://www.forbes.com/2007/01/25/strongest-housing-markets-forbeslife-cx_mw_0125strongest.html.According to Forbes, median home prices in the metro Baton Rouge area have increased 14.1% in the third quarter of 2006.  New Orleans' median price increase 7.6% in the same time frame.  Overall the entire gulf coast region showed an increase in 2006.  According to www.housingpredicator.com, this is a trend that will continue through 2007. While this is very good news for Baton Rouge sellers, it should serve as a caution to Baton Rouge buyers.  If you are considering buying a home in the BR market sooner is probably smarter than later.  If the trend forecasters are corre... 01/26/2007
Comments 2

House values in Baton Rouge expected to rise in 2007

By Shannon Sims
(Judy Burkett Realtors)
Nationally the real estate outlook for 2007 is dismaying to say the least.  The outlook for Louisiana in general and Baton Rouge specifically however, is quite promising.  House Predictor(http://www.housepredictor.com/) recently released the top 10 states to watch and leading the list was Louisiana.While New Orleans is leading the pack with an estimated 8.5% in housing value growth predicted for 2007, Baton Rouge is not doing so bad either!  The Red Stick is expected to show a growth in value of 4.1% this year and most believe that this is a conservative estimate.  Central Louisiana is well represented also, Monroe is anticipating a 5.9% increase in housing pricing this year.  New Orleans was ranked #1 and Monroe was ranked #11 in the list of top 25 local U.S. real estate markets.It goe... 01/19/2007
Comments 2

Rediscovering the city I love via Localism.com

By Shannon Sims
(Judy Burkett Realtors)
Inspired by other Active Rainers I grabbed my trusty digital camera and headed out yesterday to take some pictures of this place I call home to post on http://www.localism.com/ .   I mentally made a list of the places that define Baton Rouge to me; L.S.U.'s stately campus, the exciting new Town Center market place,the elegant French style homes we have here and so on.   I did not cover as much ground as I had hoped yesterday due to the fact we had one of our frequent afternoon rain showers, I am hoping to finish up this weekend.  What I did accomplish(much to my surprise and delight) was to rediscover the  wonderful and diverse city I live in.  As I was making my list of places to vist and photograph I found myself realizing how much of this city I take for granted and never visit anymo... 01/13/2007
Comments 5
<< Previous 1 2 … 90 91 92 93 94 95 96 97 98 Next >>
Explore Baton Rouge, LA
Baton Rouge, LA Real Estate Professionals