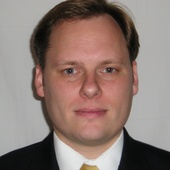 Elmer's Island near Grand Isle is open to the public

By Christopher Johnston
(The Johnston Team)
I'm on the mailing list for our Local Audubon Society and I just got this email. I am only going to share a part of it with you but if you are an outdoors person who enjoys Grand Isle you will like to hear this. Posted on 12/15/2008 on www.louisiana.gov Grand Isle: Governor Bobby Jindal announced at a press conference in Grand Isle that Elmer's Island, a once popular destination for coastal fishermen, campers and other outdoor enthusiasts is open again for public recreational use. The state is opening up 250 acres of Elmer's Island for public use after extensive title research found that this portion of the island is the property of Louisiana. Governor Jindal was joined by Department of Wildlife and Fisheries (LDWF) Secretary Robert Barham as well as Governor’s Office of Coastal Activit... 12/16/2008
Comments 1
Explore Grand Isle, LA
Grand Isle, LA Real Estate Professionals