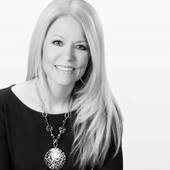 By KARIN SMITH, BROKER/REALTOR
(SMITH REALTY GROUP)
Search Slidell Real Estate at http://www.propertypromenade.com Feel free to sign up for your Personalized Home Search on the site. This exclusive search will allow you to fully customize your search with all search criteria to suit your individual needs.  PropertyPromenade.com is a courtesy of: Karin Smith, Broker Licensed in Louisiana Smith Realty Group1290 Seventh Street, Suite 6Slidell, La. 70458 Cell: 985-707-7624  Email: Ksmith.realestate@gmail.com 07/24/2011
Comments 0

By KARIN SMITH, BROKER/REALTOR
(SMITH REALTY GROUP)
Slidell Property Taxes Want to know what to expect to pay for property taxes for a particular property?  When considering the cost of home ownership, you'll want to be sure to consider the cost of property taxes.  Along with home owners and flood insurance, property taxes may be escrowed by your mortgage company and paid monthly by you along with principle and interest on the loan. To find out the previous year property taxes on a property you are considering, go to www.propertypromenade.com click "Property Taxes" on the menu bar and follow the instructions on the page. Any questions?  I'll be glad to assist! Looking forward to working with you,-Karin :) Karin Smith - BrokerSmith Realty Group1290 Seventh Street, Suite 6Slidell, La 70458 Cell: 985-707-7624Email: ksmith.realestate@gmail.c... 07/24/2011
Comments 1

By KARIN SMITH, BROKER/REALTOR
(SMITH REALTY GROUP)
Search Slidell Properties for Sale at www.PropertyPromenade.com, your source for local Real Estate! Property Promenade.com is a courtesty of: Karin SmithSmith Realty Group1290 Seventh Street, Suite 6Slidell, LA 70458 Office: 985-646-0025Cell: 985-707-7624 (Karin) For more information, or to schedule a viewing of any of the properties, simply click "Request More Info" and your information will come directly to us.  We are available 7 days a week, by appointment, to show properties.       07/24/2011
Comments 0

By David Stewart, Slidell Homes - New Orleans Homes
(Engel & Völkers USA)
David's Reviews David really gets to know his clients and their needs. He got to know our taste right away and was able to show us only properties that we would seriously consider. We found our perfect house in the first week of meeting David and we were moved in three weeks later. I would say that he is very prompt and dedicated to serving his clients. He is very personable and easy to work with. I will definitely call on David for any of my real estate needs and refer him to my friends and family....Brooke- Slidell, LA 6/30/2011 As a former real estate sales agent who is now inactive, I am very impressed by David Stewart. He is smart, hard working, knowledgable, and he has great integrity. That is a rare mix in the world of realtors! I would heartily recommend him for any real estate ... 07/21/2011
Comments 0

By David Stewart, Slidell Homes - New Orleans Homes
(Engel & Völkers USA)
David Stewart     David Stewart was born and raised in Slidell, LA.  After graduating from Salmen High School, he moved to Hattiesburg, MS to attend the The University of Southern Mississippi.  While in school pursuing his undergraduate degree David was involved in many different organizations including being a member of Phi Kappa Tau Fraternity, Student Government Association, Inter Fraternity Council & Young Business Entrepreneurs. While a member of Phi Kappa Tau Fraternity David held offices as a New Member Educator and President in 2000. After graduating in 2003 with a Business and Economic Development Degree, David moved to Dallas, TX for two years before returning to New Orleans after hurricane Katrina. With David's father being a local contractor in Slidell, LA the choice was cle... 07/21/2011
Comments 0

By David Stewart, Slidell Homes - New Orleans Homes
(Engel & Völkers USA)
Slidell is only a hop skip and a jump away from New Orleans, however if you don't feel like making the drive across the lake there is plenty to do here.  We have great restaurants and bistros all over the town as well as some pretty good night life too.  Here are just a few links of different restaurants and night clubs you may want to check out.  If you have any questions please let me know.  Thanks! Restaurants & NightlifeBayou CountryBistro De La ReineCopeland'sKy's Olde Town Bicycle ShopLA Pines CafeLos Tres Amigos Mexican GrillNathan'sPalmetto'sPhil's Marina CafeSouthside Cafe'Speckled T's Restaurant & BarSunrise On SecondTimes GrillYoung's Steakhouse 07/21/2011
Comments 0

By David Stewart, Slidell Homes - New Orleans Homes
(Engel & Völkers USA)
This part of Louisiana is known for its rich decadent food and no one around here is afraid to eat as much as they want!  I know one of my favorite things to do is eat...  To help off set some of the food I work out at Slidell Athletic Club.  I attached a link to the clubs website as well as a few other clubs you may be interested in, in the area.  For any questions please let me know.  Thanks! Health & FitnessAnytime FitnessCross Gates Athletic ClubCurvesSlidell Athletic ClubWoodhouse Day Spa 07/21/2011
Comments 0

By John Walters, Licensed in Louisiana
(Frank Rubi Real Estate)
I have been in the business for some time now but I still get flustered when I look over the property disclosure papers and they aren't filled out correctly.  A lot of the questions are left blank and some answered yes don't have any explanation to the yes answer.  Why not? I wonder if the listing agents realize this is to protect them and their clients?  Get these papers filled out correctly the first time.  It will save you time from answering extra phone calls that I or another agent may have about the answers.  It also will keep you from having to meet with your client a second time to answer the questions correctly.  I also recommend that your client fill out the paperwork with you present to answer any questions as best as possible.  What if your client has moved out of town?  Thi... 07/19/2011
Comments 5

By David Stewart, Slidell Homes - New Orleans Homes
(Engel & Völkers USA)
Slidell, LA Property Search Please feel free to use my website for all of you property search needs.  Click on the website link below then use the search homes tab.  Let me know if you have any questions.  I'm here for you.David- Realtor  www.realestatepub.com 07/17/2011
Comments 0

By David Stewart, Slidell Homes - New Orleans Homes
(Engel & Völkers USA)
Eden Isles Subdivision in Slidell, LA is one of Slidell's original watefront communities.  It provides deep water access that lead to Lake Ponchartrain.  Most of the subdivision is a quick commute to the lake and great for larger boats since there are no low bridges to go under.  The architecture is a mix of Acadian, Ranch and Traditional and the houses are approximately 1500- 6000 square feet. Its just 30 minutes to the city and very close to shopping, Cross Gates Athletic Club & Salmen High School "Home of the Spartans"   School Districts: Abney Elementary/St. Tammany Jr. High/Salmen High School   For more information about Eden Isles or any other subdivision visit www.realestatepub.com 07/17/2011
Comments 0

By John Walters, Licensed in Louisiana
(Frank Rubi Real Estate)
I don't get the occasion to take my family out to eat very often.  But when I do I prefer the locally owned establishments.  One of my favorites is The Times Grill located in the old train station in Slidell.  They have some of the best burgers I have ever tasted.  Don't care for a burger than try their grilled fish or the specialty of the day.  I think you will find something you like.  The prices are very reasonable as well.  This is another requirement of mine when we eat out.  I like good food for a not so expensive price.   07/12/2011
Comments 0

Is Your Buyer Qualified?

By David Stewart, Slidell Homes - New Orleans Homes
(Engel & Völkers USA)
Unless the buyer who makes an offer on your home has the resources to qualify for a mortgage, you may not really have a sale. If possible, try to determine a buyer's financial status before signing the contract. Ask the following:1. Has the buyer been prequalified or preapproved (even better) for a mortgage? Such buyers will be in a much better position to obtain a mortgage promptly.2. Does the buyer have enough money to make a downpayment and cover closing costs? Ideally, a buyer should have 20 percent of the home's price as a downpayment and between 2 and 7 percent of the price to cover closing costs.3. Is the buyer's income sufficient to afford your home? Ideally, buyers should spend no more than 28 percent of total income to cover PITI (principal, interest, taxes, and insurance).4. ... 07/10/2011
Comments 4
<< Previous 1 2 … 9 10 11 12 13 14 15 16 17 … 58 59 Next >>
Explore Slidell, LA
Slidell, LA Real Estate Professionals