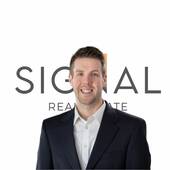 South Boston Condo Market: A Look at the Current Landscape in Feb 2023

By Justin Rollo, Broker serving Greater Boston, MA
(Signal Real Estate)
South Boston Condo Market: A Look at the Current LandscapeThe South Boston real estate market is heating up, and the condo market is no exception. With 53 active listings, South Boston is seeing a high demand for its prime location, vibrant community, and growing dining and entertainment scenes. The average list price for condos in the neighborhood is $1,156,231 and they have been on the market for 57 days.Comparing this to a year ago, we see a significant increase in the average list price for condos in South Boston. In the same time period last year, there were also 53 condo listings in the neighborhood, with an average days on market of 75. However, the average list price was significantly lower, at $950,789. This shows that the South Boston condo market is in high demand, with price... 02/02/2023
Comments 5

Dowtown Boston is Getting a Face Lift

By Robert Nichols, MungoList.com
(MungoList.com)
With the closing of Historic Filene's Basement in Downtown Boston, the heart of the city will be revamped with a fresh new look.  A 38 tower retail building will be added above Filnene's Basement when the project is completed. Some of the other changes that will be taking place are, 350,000 Sq. Ft. of Retail space to attract New stores and Shops, 500+ new residential unites, 300+ New Hotel Rooms, and 700+ New parking spaces. The entire project is slated to be completed by 2010. The catalyst for the project was poor economic performance in the downtown area over the last few years.     SB 09/04/2007
Comments 0

By Richard Rosa, Exclusive Buyer Agent
(Buyers Brokers Only, LLC)
According to RealtyTrac, Inc., Massachusetts ranks 9th in the country in foreclosures filings. Massachusetts saw a month-to-month increase of 48.64 percent in July 2007. New Hampshire ranks 34th and actually saw a decline in foreclosures in July 2007 compared to June 2007.  On a month-to-month basis, foreclosure filings in the Granite State dropped nearly 54 percent. One in every 580 Massachusetts household faced foreclosure. One in every 2,946 households in New Hampshire faced foreclosure. RealtyTrac, Inc. ranks as the third largest real estate site by MediaMetrix, and, for what it's worth, RealtyTrac Inc. calls itself the leading online marketplace for foreclosure properties. 08/27/2007
Comments 2

By Boston Condo Guy
(Boston Condo Guy)
As Green building and development continues to spread across the country, Boston has joined the club.  The Macallen Building, a 140-unit development in South Boston is one of the most progressive developments in the city, opening its doors to residents in June of 2007, it has achieved a coveted Gold-level Leadership in Energy and Environmental Design  (LEED) certification badge, currently the only across all Boston real estate. The sloping 6 to 12 story Macallen Building, nestled among hip, and up and coming, condo developments near the Broadway Red Line T-Stop, including Court Square Press, Allele Boston, and the Lofts at 36 A, sets itself apart with its focus on being the eco-friendly neighbor.  The Macallen Building has strived hard to achieve the highest LEED green certification lev... 08/25/2007
Comments 0

By Robert Nichols, MungoList.com
(MungoList.com)
Attention All Buyers,As a buyer of real estate you have a choice in your representation. Did you know that you don't pay a fee for this representation? The fee gets paid by the seller after the sale. With that said, All Massachusetts Buyers qualify for up to a 50% commission rebate if you use SharpBuyers.comto make your next real estate purchase. Check out our website at www.SharpBuyers.com, or call us today at 800.880.0468 08/23/2007
Comments 0 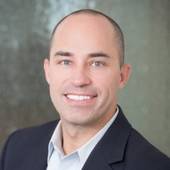 By David Reznikow, CMPS
(Fairway Independent Mortgage)
After all the volatility and talk of a global crumble, all of the major U.S. stock indices posts gains last week.  It just goes to show you what a strange roller coaster ride we're all on.Last week, the market bounced its way through:The Fed's press release stating that inflation is still a concern Central banks around the world injecting gobs of cash into the global economy A French bank halting withdrawals in several funds until the "true" value of the assets can be determined Bleak outlooks from several high-profile U.S.-based lendersAnd none of those items were based on scheduled economic data releases.This week, by contrast, hosts a bevy of economic growth predictors that will hit the wires.  Continuing with today's Retail Sales report, mortgage rate shoppers will get no rest from ... 08/13/2007
Comments 1

By Richard Rosa, Exclusive Buyer Agent
(Buyers Brokers Only, LLC)
Forbes magazine ranked Boston as the sixth best city for young professionals. New York City (this should not be a surprise to anyone) ranked No. 1 as the city where young professionals had the best chance to reach the corner office. New York is home to many of America's biggest and best companies, not to mention a night life second to no place on Earth. San Francisco ranked 2, ahead of Atlanta, Los Angeles, Washington, D.C., Boston, Seattle, Minneapolis, Philadelphia and Denver respectively. Forbes compiled the list by tracking where the graduates of top universities across the country ended up 10 years after commencement; where the best business opportunities exist; which cities had the most young and unmarried people; and which cities paid young professionals the best. Alumni that rem... 08/04/2007
Comments 1

By Anth James
(ANTH | JAMES)
One of my favorite Boston neighborhoods and a booming Boston Real Estate neighborhood is our very own Chinatown. The empty lots, the tangle of highways above and below ground, and the power plant may not look like much. But everyone agrees it’s prime real estate. Residents of Chinatown next door see the 20 acres – called the “Chinatown Gateway” on zoning maps – as their best chance to develop much-needed affordable housing and alleviate a severe housing crunch. But the city’s redevelopment authority has dubbed the area “South Bay” and envisions a new downtown district with upscale apartments, hotels, and offices. This struggle in Boston is the latest in a land squeeze that is changing the nature of Chinatowns across the United States. As America’s downtowns become hip again, urban real ... 07/16/2007
Comments 0

By Anth James
(ANTH | JAMES)
For any of you who may of been confused by the recent Banker and Tradesman misprint about our Boston Real Estate brokerage operations, here it is again. ANTH | JAMES is an independent Boston real estate agent located here in downtown Boston, MA. Our primary brokerage service we offer is to work with buyer’s of Boston Condos, concentrating on New Construction Boston Condos. On the Buy Side, we offer 2 levels of buyers brokerage services: 1. Full Service, where we act out our duties and services just like a traditional full service Boston Real Estate Agent. 2. (Most Popular) Split-Level Service, this is where YOU help us find you a new condo. After you research & find the property using our website or visiting open houses, you engage us to help you facilitate the rest of the transaction. ... 07/16/2007
Comments 0

By Anth James
(ANTH | JAMES)
The stalled NorthPoint project, which is already reeling from a nasty legal battle between its partners, now faces another serious blow that could lead to delays in the opening of condo high-rises. Contractors who had been working on the multibillion-dollar “city within a city” have taken out liens on the Cambridge development, saying they are owed more than $1.5 million for work they were never paid for. The liens could prevent Boston and Maine Corp., a NorthPoint landowner and lead developer, from pushing ahead with plans to open the project’s first two condo buildings, lawyers for the contractors say. Continued.. (Northpoint Condo Blog Post) 07/10/2007
Comments 0

By Anth James
(ANTH | JAMES)
Battery Wharf seems to get re-charged as construction picks up pace. I dont know whether it is me and I just recognized the recent growth but the new North End Condo development seems to be flying along now! Battery Wharf consists 104 units spread out over 7 floors.  Battery Wharf also has a hotel component (Regent) bringing hotel services to these Super Luxury Condos on the Boston Harbor waterfront.  Prices start around $1.1M and go all the way up to $5.2M+ Other Super Luxury Properties in Boston include: Residences at the InterContinental - Four Seasons Residences - Ritz Millennium - Heritage on the Garden - Atelier 505 07/10/2007
Comments 0

By David Reznikow, CMPS
(Fairway Independent Mortgage)
As expected, the holiday-shortened week led to extreme volatility in mortgage rates, led by better-than-expected job growth and rising wages for workers.  In conjunction, these two data points lead to increased consumer spending and the prospect of higher spending pushes the economic slowdown likelihood lower.  That's bad news for mortgage rate shoppers because without a slowdown, mortgage rates are unlikely to make a dramatic decline like they did at this time last year.There's not much data this week except for Retail Sales on Friday.  You can bet that markets will keep a close eye on this one; it's a terrific report to gauge whether Americans are spending more dollars (as expected) or not.  The Retail Sales report will be backed up with the University of Michigan Consumer Confidenc... 07/09/2007
Comments 1

Great Opportunity for Investors/ Renovaters--This is a No Brainer !

By Richard Rosa, Exclusive Buyer Agent
(Buyers Brokers Only, LLC)
Massachusetts Attorney General Martha Coakley imposed new emergency regulations to curtail “foreclosure rescuers” who have been accused of cheating consumers out of their homes, the Boston Herald reported June 1, 2007. The regulations would bar so-called “foreclosure rescuers” from making profits on homeowners struggling to afford their mortgage payments. The new regulations do not apply to non-profit groups or family members who step in to try to help people burdened with mortgages they can't pay. “'These ‘rescuers’ take a bad situation - foreclosure - and make it worse by liquidating any remaining equity in the homes,' Coakley said in a statement."Read This Article For More Information on Massachusetts Real Estate, please visit MassHomeBuyerGuide.com  06/20/2007
Comments 1

By Richard Rosa, Exclusive Buyer Agent
(Buyers Brokers Only, LLC)
U.S. Mortgage applications fell 3.4 percent compared to the previous week, the Associated Press reported June 20, 2007. The data comes from the Mortgage Bankers Association. The number of applications for both purchase loans and refinance dropped."Mortgage lenders have been tightening lending criteria in recent months after a surge in defaults and foreclosures. Lenders catering to home buyers with weak, or subprime, credit, have seen a spike in loan defaults, and many have gone bankrupt or sold off their subprime businesses."Read This Article 06/20/2007
Comments 2

By Richard Rosa, Exclusive Buyer Agent
(Buyers Brokers Only, LLC)
REALTOR Magazine Online reported May 11, 2007 on the top 10 tax-friendliest cities in the United States. The information comes from a recent survey by the District of Columbia government that identified the metro areas that take the smallest tax bite. The survey looked at the tax burden for families in the largest city in each of the 50 states and Washington, D.C. The survey accounted for local income, sales, real estate, and car/personal property taxes for couples at various income levels. The survey’s rankings are based on a dual-income couple, with one school-age child and a combined gross income of $75,000 in 2005. To no one's surprise, Boston is not in the top 10. The top 10 tax-friendliest U.S. cities are as follows: Anchorage, Alaska: 4.1 percentCheyenne, Wyo.: 4.3 percentJackson... 05/26/2007
Comments 4 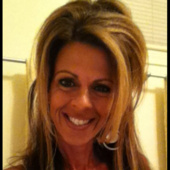 By Maria Salvaggio, MA North Shore REAL ESTATE
(Century 21 North Shore)
Designed by HNTB, the Lenny Zakim Bunker Hill Bridge, over the Charles River, in Boston is an unusual structure.  The 185 ft. width of this bridge makes it the widest of its kind in the world.  The two bridge cable-stayed project is priced at $100 million.  The service load and dynamic forces are complicated by the asymmetric, and unusual cable stay geometry.  This bridge will be the widest cable-stayed bridge in the world at ten lanes wide.  It is replacing the upper and lower decks of I-93.  With twin spires that echo the Bunker Hill Monument this bridge will be a landmark for Boston. My husband had the honor or working on this wonderful structure, and our family will always think of him when we pass over the Lenny Zakim Bridge in Boston MA 05/12/2007
Comments 0
<< Previous 1 2 … 41 42 43 44 45 46 47 48 49 Next >>
Explore Boston, MA
Boston, MA Real Estate Professionals