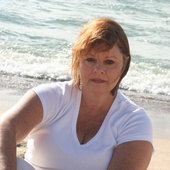 By Gail Alexander
(Michigan Lakes Team)
I am so excited to write about Palmer Lake, Colon, MI. Not really because of the lake as much as it is because of the village of Colon. This is no ordinary Southwest Michigan Lake community. There's something magic about Colon. Literally. Home to almost 1300 people, Colon is the Magic Capital of the World. The sign says so. Home to Abbot's Magic Manufacturing Company, the largest magic manufacturer in the world, Colon has a long history centered around magic that began in 1925 with Harry Blackstone's relocation to Colon. Colon is where he perfected his magic and featured exhibits for the residents. Each year in August, Colon's magical history is celebrated during Magic Week. Magicians from all over the world come to Colon hoping to share and learn their craft. Colon's name alone invite... 11/05/2008
Comments 0

By James Milliman
(Done-Deal Realty, Inc)
Hello internet real estate customers,Welcome to my new real estate blog. I'm happy to be here to help anyone who has a need for my services.My name is Jim Milliman and I am a licensed Realtor for Done-Deal Realty, Inc in Colon Michigan.We specialize in short sales and short sale negotiations for those who are facing and want to avoid foreclosure in Southwest Michigan. Realtors...we can help your clients too. If short sales are not up your alley, call us and we can offer some assistance so you still get a commission before your client gets foreclosed upon.We also provide property management services for owners of vacation rentals. If you own a vacation rental in Southwest Michigan and would like to make money efficiently and effectively with a professional company handling all of the har... 05/01/2008
Comments 2
Explore Colon, MI
Colon, MI Real Estate Professionals