By Ted Cantu
(i Cantu Media LTD)
This goes back a couple of years ago to our Metro Detroit building project. We talk about the future of Metro Detroit real estate and what the new generation wants. Since this video was shot Royal Oak, and parts of Detroit have raised the rent on loft spaces despite a lack of local employment.The lofts are actually expensive. What is interesting is that we are taking old homes and knocking out the walls and making the houses more "loft like" in an urban neighborhood. This is an intersting take because we are working with the existing spaces by doing two things: * Adding Height - We are removing the roofs off of these properties and adding an extra story plus an attic. * Adding Space: - We have knocked out the back wall of the house and have created a wide deck and dining room. This m... 01/14/2015
Comments 1 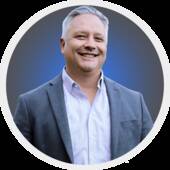 By Dylan Tanaka, The Hybrid Mastermind For Agent Investors
(Michigans #1 Real Estate Investor Club)
A couple weeks or so ago I posted about 1 Billion, with a B, worth of real estate projects going on as reported by Crain's Detroit.  Michigan may be in a tough spot right now, but if the future seems bleak, ask yourself "Why is there so much out-of-state monet coming in?"Simple:  OpportunityKorie Wilkins of The Detroit Free Press Reported Royal Oak Township is poised to get its first big residential development in more than 40 years when a $30-million, 150-condominium project breaks ground this fall.But whether anyone will pony up about $160,000 for one of the new homes is anyone's guess.Last month, an incident in which a man and a woman were left shot and bleeding on a residential street for 20 minutes despite 911 calls renewed safety concerns over the township's lack of midnight poli... 08/07/2007
Comments 1
Explore Royal Oak Township, MI
Royal Oak Township, MI Real Estate Professionals