My First Flip - The finish line!

By Jim Albano, Team - Jean-Marie Vantuno / Realtors North Jersey Real Estate
(Prudential Damiano Realty )
It's finally here - we're finished! 3 1/2 months later and a lot of time and effort invested, my partner Rich and I have completed our first renovation project - the Clifton NJ house. We had our first Open House today and had a great turnout. About 20 groups (yes groups) of people came through. Not bad for not having advertised, just directional signs and some flyer's hand delivered to neighbors. While many of the visitors were neighbors, the turnout was fantastic and we were very pleased. So without further delay, I present our finished project. Here's the front of the property new sod and all! Here's the kitchen with maple cabinets and stainless appliances. Does anyone remember the hideous green cabinets from my original post on the house? A bit of an improvement if I do say so myself... 07/06/2008
Comments 19

My First Flip - nearing the finish

By Jim Albano, Team - Jean-Marie Vantuno / Realtors North Jersey Real Estate
(Prudential Damiano Realty )
Here's an update on the Clifton NJ house. It's been a long haul for Rich and I trying to balance our regular jobs as full time real estate agents and working on this flip. But we're starting to see some light at the end of the tunnel. The house is really starting to take shape. Here's a shot of the newly completed exterior of the home, with the exception of final landscaping and a few finishing touches. Here's the new kitchen still needing some finishes - countertops, appliances etc. But the transformation is incredible. And here's a view of the new master bedroom with the walk in closet that we put in. Interior painting will be completed by this weekend along with light fixtures, bathroom fixtures, and trim. Next week will be hardwood flooring for the first floor and carpeting for the ... 06/10/2008
Comments 51

By Jim Albano, Team - Jean-Marie Vantuno / Realtors North Jersey Real Estate
(Prudential Damiano Realty )
Clifton NJ Project My partner Rich and I are into this project about a month now and we've sort of hit a wall. It seems once everything has been gutted, we've now got to play a waiting game with contractors. You see, we originally wanted to do most of the work ourselves - and we have done a good part of it so far -  but time restraints from our real jobs as Real Estate Agents (things have been getting busy, thank goodness) and also the fact that the City of Clifton requires a Licensed Electrician and Licensed Plumber to complete those tasks ( because we are not living at the property ) - those factors have really slowed down the pace of the project.That being said, we have made some progress, mostly to the exterior of the property.Here you can see our new roof, new front steps, new rail... 04/22/2008
Comments 7

My First Flip - The before pictures

By Jim Albano, Team - Jean-Marie Vantuno / Realtors North Jersey Real Estate
(Prudential Damiano Realty )
Here's the property that my partner Rich and I will be working onThis property is located in Clifton NJ. The exterior is a little rough. We plan on replacing the roof, windows, and painting the siding. Of course prettying up the porch a bit and some landscaping work. Here's the lovely kitchenAlthough this is quite the kitchen, our plan here is to gut the entire area and re-do with new tile flooring and new maple cabinets.Here's the main bath - to much black and white tiles for our future buyers. It's got to be cleaned up in order to sell.And finally the living room and dining roomWe'd like to eliminate this beautiful fireplace from the picture. In addition to these rooms, we need to do some drywall work in most of the bedrooms along with new carpeting. Also the second bath is a complete... 03/21/2008
Comments 22

My First Flip - Part One

By Jim Albano, Team - Jean-Marie Vantuno / Realtors North Jersey Real Estate
(Prudential Damiano Realty )
My associate Rich and I just closed on our first investment property today. At times it seemed like this day would never happen. Over the past 5 or 6 months - I really can't remember how long - we've been attempting to purchase a property that we could re-hab and bring back to life and hopefully make a profit in the process. Countless offers were made and we always seemed to be either a day late or a dollar short. But we stuck to our guns and refused to get caught up in overbidding for a property. Then it happened. We made an offer on a property in Clifton NJ and were outbid by another party. But a week later - a call from the agent, the first offer disappeared and our offer was next in line. It was then that the learning experience started. I don't know if you've ever had the opportuni... 03/20/2008
Comments 14 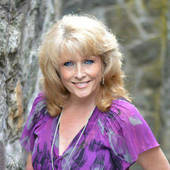 By Pamela STETSON, I would love to help you buy or sell your home!
(Berkshire Hathaway HomeServices Abbott Realtors)
Clifton, the second-largest municipality in Passaic County , after Paterson was once called Acquackanonk Township. The neighborhoods are a mixture of Dutch Colonials, colonial Capes, ranches and neighborhoods of multi-family homes. The Capes were built in the 1940s and 1950s, when people started settling there after World War II.According to the United States Census Bureau, the city has a total area of 11.4 square miles and is located about 10 miles west of New York City off both Route 3 and Route 46. The city is also served by the Garden State Parkway, Route 19 and Route 21.The public high school is one of the largest in New Jersey and is well known for it's marching band and for the Clifton Band Festival which attracts attendees, participants and visitors from all over the country. Th... 01/13/2008
Comments 0
<< Previous 1 2 3 4 Next >>
Explore Clifton, NJ
Clifton, NJ Real Estate Professionals