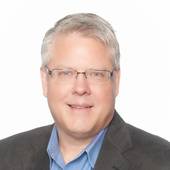 By C. Lloyd McKenzie, Living Albuquerque
(Living Albuquerque)
Labor Day Weekend Special for Rio Rancho Homeowners Five Lucky Rio Rancho Homeowners who plan to sell their homes, can get their home sold for free by Rio Rancho Realtor C. Lloyd McKenzie who will be working over the Labor Day Weekend. This offer is available on a first come first serve basis. Homeowners must follow these simple rules to qualify for this offer: Contact me via one of the below three ways” Call 505-750-8552 between the hours of 9:00 AM - 6:00 PM, Saturday, September 1, 2012 thru Monday, September 3, 2012. Visit my website at www.LloydMcKenzie.com and send your request Email me at Info@LloydMcKenzie.com You must state in your email, phone call or your website request that you are interested in the “Labor Day Weekend Special for Rio Rancho Homeowners” You must state that y... 08/31/2012
Comments 5

Be A Designated Driver

By John McCormack, CRS, Honesty, Integrity, Results, Experienced. HIRE Me!
(Albuquerque Homes Realty)
Be A Designated Driver Last weekend Debbie and I attended Rio Rancho’s 9th annual Pork & Brew festival.  So sticking to our strong belief not to drink and drive Debbie signed a note of promise at the Pork & Brew and became our designated driver.  I enjoyed couple of cold beers while sampling all that wonderful BBQ but that was two too many to be behind the wheel.   For signing up and volunteering as Designated driver Debbie got a really great tee shirt and got us home safely.  Remember don’t be stupid in the 100 days of summer... You Drink, You Drive, You Lose!  Either appoint or be a designated driver.100 Days and Nights of Summer Albuquerque NM 2012 Be A Designated Driver 07/13/2012
Comments 54

By John McCormack, CRS, Honesty, Integrity, Results, Experienced. HIRE Me!
(Albuquerque Homes Realty)
Rio Rancho HUD Home Now Sold & Closed Albuquerque & Rio Rancho Realtor® John McCormack Brings The Buyer Realtor® John McCormack with Albuquerque Homes Realty brought the home buyers to the closing table for this Rio Rancho NM HUD Home!  Matt and Chelsea are very happy to be first time home owners and are certainly ready to move into their first home!  John understands the details of buying a HUD home and will guide and advise you through the steps of becoming a homeowner.  Whether nesting or investing contact John for all your Albuquerque, Rio Rancho and surrounding NM real estate needs.  John is ready to exceed your expectations and make your home dreams become a reality.   Please feel free to search all homes listed for sale in the Albuquerque and Rio Rancho NM areas with no pressure ... 07/02/2012
Comments 22

Cabezon Subdivision and Homes For Sale

By John McCormack, CRS, Honesty, Integrity, Results, Experienced. HIRE Me!
(Albuquerque Homes Realty)
Cabezon Subdivsion and Homes For Sale The Cabezon subdivsion and homes for sale is located on the Southern edge of the “City of Vision”   With over 1.5 square miles of land mass the Cabezon Communities are spread out between Southern Blvd to the North, Westside Blvd to her South and Unser to the West and Golf Course the East.  Cabezon Blvd is the primary access road in, out and through the neighborhood. Here is an easy to use map search of the  Cabezon Subdivision and Homes For Sale.  Here is a Cabezon Subdivision Area Map.You can’t miss the huge Cabezon Subdivsion Park with over 13 Acres of lush grass and the Cabezon Subdivsion outdoor swimming pool thats a summertime hit with the kids and families.  This gorgeous park is eco friendly being watered by treated greywater (part of the mas... 06/28/2012
Comments 36

By John McCormack, CRS, Honesty, Integrity, Results, Experienced. HIRE Me!
(Albuquerque Homes Realty)
After working with Tage and Celeste for almost four years they closed on their Rio Rancho NM dream home.  It wasn’t an easy move for them leaving friends, jobs and selling their home in New York to relocate in NM.  I checked the mailbox much to my surprise was a handwritten card with a gift card to an upscale Albuquerque restaurant.   Talk about a WOW moment as a Realtor® !  I don't like tooting my own horn but their words mean to much to keep to myself.  Check it out for yourself.  Dear John & Debbie,Words cannot express our sincere gratitude for all you both did for us!  Your patience, perseverance and friendship on behalf of our family was far above what we ever expected.  Thank you for taking us on the journey that led to our dream home!   It was worth it all, every minute of stres... 04/15/2012
Comments 39

By John McCormack, CRS, Honesty, Integrity, Results, Experienced. HIRE Me!
(Albuquerque Homes Realty)
Ciblola Drive Rio Rancho NM 87114 SOLD & CLOSED  Cibola Drive Rio Rancho NM 87114 has new and very happy homeowners!  I wish I had ten more clients in my car today that are as delightful, kind, understanding, patient and positive as the new home owners of Cibola Drive!  How many closings do you go to and the buyer brings you -me the Realtor® a gift?  Well they did!  This couple’s  words and actions throughout the entire Rio Rancho home buying process proved they trusted me and knew I was on my game.  It’s these type of home buyers and happy endings that make it all worth while at the end of the day.  Smiles from all parties including this NM Realtor! If you are considering the sale or purchase of a home in the Albuquerque or Rio Rancho NM areas I am ready to exceed your real estate exp... 03/21/2012
Comments 18

By John McCormack, CRS, Honesty, Integrity, Results, Experienced. HIRE Me!
(Albuquerque Homes Realty)
Cirque du Soleil In Rio Rancho NMCirque du Soleil is pleased to announce that the critically-acclaimed production Dralion will perform in Albuquerque’s sister city Rio Rancho NM.  The great performances will be at the Santa Ana Star Center from February 29 - March 4, 2012.  Since beginning their show in 1999 this tour has been seen by over 8 million people world wide!  What an accomplishment!  One may ask what is Dralion?  Dralion is the fusion of ancient Chinese circus traditions and the avant-garde style of Cirque du Soleil. The name Dralion is pronounced “Drah-lee-on”.  This amazing cast features 52 outstanding acrobats, gymnastics, musicians, singers and comedians.  Tickets for Cirque du Soleil in Rio Rancho NM are on sale now at Santa Ana Star website or call.SHOWS:Feb  29th 2012  ... 02/20/2012
Comments 18

By John McCormack, CRS, Honesty, Integrity, Results, Experienced. HIRE Me!
(Albuquerque Homes Realty)
Rio Rancho NM CoyoteThis photo of a beautiful Coyote was taken last year in Albuquerque’s sister city of Rio Rancho New Mexico.  Coyote's are seen quiet frequently in the Albuquerque, Rio Rancho and surrounding NM areas.  Coyotes normally present no harm to humans but we are advised to speak loudly and keep moving when we encounter one.  NM Coyotes are however a threat to small pets and small children.     I would love to exceed your real estate expectations in the purchase or sale of your Albuquerque, Rio Rancho or Central New Mexico home.  Contact me, John McCormack, Realtor®, with Albuquerque Homes Realty and put my NM real estate knowledge to work for you! 01/26/2012
Comments 29

The City of Rio Rancho is prepared for the next Snowstorm.

By C. Lloyd McKenzie, Living Albuquerque
(Living Albuquerque)
The City of Rio Rancho is prepared for the next Snowstorm.  During the December winter storms, the City of Rio Rancho, NM failed its residents due to poor planning.  Apparently the city did not have the necessary snow removal equipment to clear the roads, so it basically went for days under lockdown.  Schools, local government, and businesses alike were closed for days.  Considering the fact that Rio Rancho gets more snowfall than Albuquerque, it seems strange that the city did not have the snow removal equipment. Albuquerque roads were cleared be the next day.  In response to the loud public outcry, the city has invested about $100,000 to retrofit more vehicles, and to buy the necessary equipment to clear the street for future snowstorms Good Luck to t residents of  Rio Rancho. 01/16/2012
Comments 6

By C. Lloyd McKenzie, Living Albuquerque
(Living Albuquerque)
Rio Rancho Real Estate Market Update -  Detached Homes, November 2011  Below you will find six of the most important market statistics for Detached Homes in Rancho, New Mexico.  As we compare today’s real estate market to those of six months ago, there has been a decrease in the average price of homes.  By understanding today’s real estate market, we will be prepared to price your home appropriately to sell for the highest possible price in the shortest amount of time. The data indicates that more homes are entering the market than are being sold, so we are in a still in a "buyers market." There has been a 18% decrease in the amount of homes available for sale. The expected result is a increase in price which maybe reflected in the List Price...however, the Average Price of Sold Homes... 12/31/2011
Comments 2

By C. Lloyd McKenzie, Living Albuquerque
(Living Albuquerque)
2011 NMAA 5A FOOTBALL CHAMPIONSHIP HIGHLIGHTS Last Weekend Football Fans Across the State of New Mexico were treated to some great football action. All of the games were outstanding, but I believe the 5A Championship Showdown between the Cleveland High and Mayfield High was the game of the week and will be the focus of this post. I picked Mayfield to win, and they performed very well but they came up short. This is not to take away anything from Cleveland's Spectacular Performance. To Read the Full Story and watch the Video Highlights wisit  blog.LloydMcKenzie.com   12/06/2011
Comments 4

By Rich Cederberg, eXp Realty Agent Albuquerque
(eXp Realty)
Rio Rancho real estate stats are out for October 2011. Here's my video presentation of the most important stats compiled by the Greater Albuquerque Association of Realtors (GAAR).     Here's a summary of the details contained in this report: Rio Rancho home sales were up 33% Pending home sales were up 19% Average sales price was down 12% Median sales price was down 12% Home Inventory was down 22% It's promising that both home sales and pending home sales were up substantially from October 2010. However, prices remain down and appear to be continuing their decline.   Check back soon for my Albuquerque and Rio Rancho Foreclosure Reports.   Originally posted on my Albuquerque Real Estate blog. These statistics were compiled from the Greater Albuquerque Association of REALTORS®data on 11/13... 11/20/2011
Comments 2