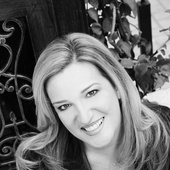 By Nicole Needham, SFR (530) 302-5478
(Needham Realty)
Bad weather got you down ? This is the view this morning from the model at Tuscany Retreat in Boulder City, Nevada. It is a crystal clear day in sunny southern Nevada. If you are fed up with the snow and ice come check out Tuscany Retreat in Boulder city. Tuscany Retreat is an enclave of forty seven single story homes,uniquely combining the elements of comfort and luxury, with the stunning natural beauty of Lake Mead National Recreation area. The extensive land development style featuring natural rock walls creates a sense of privacy within individual residences,while preserving neighborhood continuity.Finely crafted construction with a Tuscan flair,accent the distinct floor plans designed to fit almost every lifestyle. Breathtaking views of Lake Mead and the spectacular surrounding mo... 02/10/2011
Comments 0

By Nicole Needham, SFR (530) 302-5478
(Needham Realty)
D   Tuscany Retreat....Views ...Views  Views.  If you are looking for unparalleled views of Lake Mead, Tuscany Retreat is a must see! Tuscany Retreat is an enclave of 47 single story homes located just steps from Lake Mead National Recreation Area in historic Boulder City, Nevada.  Tuscany Retreat homes range in size from 2682 square feet to 3367 square feet.  They feature four distinct floor plans that have 2, 3, or 4 car garages depending on floor plan and home site.  There is also a limited number of home sites that can accommodate a 1220 square foot boat / RV garage. Sales prices start at $399,950.  For more information regarding these spectacular homes contact Nicole Needham, Needham Realty at 702-768-1097 or at needhamrealty@gmail.com. 02/07/2011
Comments 0

By Robert Vegas Bob Swetz
So many times people may judge a Book by it's cover, or judge a Person by the way they look, or a animal, creature, etc. by the way it looks. There is so much more than what you see on the outside ... When I first saw this Goose along with others on the docks at Lake Mead I first thought what a very unusual ... "Ugly" looking Goose! But after I watched this Goose I noticed he/ she was on top of the dock, getting the first pick of all the food that was being thrown by people & children, as if it was in charge and very proud. At first glance it looked like the Goose had been hurt and breeding, but it was just an unusual looking creature. Books, People and other things is this World are very similar. There is so much more inside so let's try and judge from "The inside Out"     01/30/2011
Comments 18

By Robert Vegas Bob Swetz
Historic "Boulder City" Nevada (Art Scape) 25 minutes from Las Vegas   Here is a video on around 15 different (Bronze Statues) displayed on the streets in Historic "Boulder City" Boulder City is within minutes of The Hoover Dam and Lake Mead and a very interesting place to visit. There is no gambling in Boulder City and this is one of the reasons many people like to live there, BC has a very small town feel to it and if you work in Las Vegas or like to gamble Vegas is only 25 minutes drive time. Enjoy this video I shot with my daughter Sherry, it might seem like a long video but it is very interesting and a great plug for Boulder City in Nevada! Boulder City, Nevada The official site of Boulder City, NV. Municipal site features information on local government offices and services, parks... 01/26/2011
Comments 2 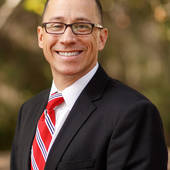 Wordless Wednesday (almost) - Looking down at Hoover Dam from 30,000 feet

By Chris Alston, Silicon Valley, California
(Chris Alston (Keller Williams Realty, Silicon Valley, California))
I do a lot of traveling when I teach.  East to West, North to South...  And have become familiar with what I am flying over, and try to look, and snap pictures of various things you fly over.  I was headed back from Texas, and I chose to sit on the right side of the plane to see the Grand Canyon, Vegas, the NASCAR track and of course, Hoover Dam.  I have been to Hoover dam, and it was amazing...  But this time it looked so small... hmmmmmm...  :) Hoover Dam is on the bottom right side of this picture, and this picture was taken before the completion of the highway bridge that bypasses the drive-over part. I hope everyone is having a great week! :) Chris 01/12/2011
Comments 30

By Steve Andrascik
(Lake Mead Area Realty)
Boulder City, Nevada--No, you are not in a time machine. These pedestrians are part of the Boulder City, Nevada Renaissance Faire participants. The event was held in Veterans Memorial Park, Boulder City, Nevada last week, March 5-7, 2010. The festivities included re-enactments of life in the middle ages. Knights did battle. There were private encampments with characters dressed in period garb. Shakespearean actors and actresses appeared. Musicians, magicians and dancers swayed to the music. Killigan,s Angels and Finnegan's Wake provided the Celtic rock music. Vendors peddled their wares of period clothing, jewelry, armor and weapons. There was special brews and beers available during the event in Boulder City, Nevada.    For more information go to Boulder City Renaissance Faire. The ev... 03/12/2010
Comments 4

The Compassionate Friends Memorial Service for Children Who Have Died

By Steve Andrascik
(Lake Mead Area Realty)
The Compassionate Friends of Southern Nevada recently held a candle lighting at St. Judes Ranch for Children in Boulder City, Nevada. This memorial for children who have died was part of a worldwide candle lighting that took place at 7:00 PM in every time zone. About 50 people attended the event in Boulder City, Nevada. The program in Boulder City, Nevada included guest speakers, readings, poetry and music. Candles were lit from a unity candle then the name of the child was announced. After this the individual took his/her place in the group of people holding candles. The lighting of candles moved from time zone to time zone creating a wave of light around the world. If you would like more information click on The Compassionate Friends.    12/22/2009
Comments 2

By John Novak, Henderson, Las Vegas and Summerlin Real Estate
(Keller Williams Realty The Marketplace)
Homes in Boulder City saw average selling prices fall 10.60% from October to November. The median selling price increased 3.65%. To find out more about buying or selling real estate in Boulder City, just give me a call at (702) 339-9700, or email me at JohnNovak@kw.com. (GLVAR deems information reliable but not guaranteed. Data is for MLS areas 701-702.) 12/20/2009
Comments 3

Stop and Smell the Roses

By Steve Andrascik
(Lake Mead Area Realty)
Photo by Steve Andrascik. Copyright 2009. All rights reserved. This is a photograph of a rose taken outside my Boulder City, Nevada home. Roses bloom twice a year here. They bloom in the spring and in the late fall. Believe it or not, roses do remarkably well in the desert. Of course they have to be watered and fed. Boulder City, Nevada has much greenery. There are a lot of trees and many homes have beautiful green lawns. Many of the homes also have roses growing in front of them. Another reason why recenlty Boulder City Nevada was named one of the best places to retire by Money magazine. City of Boulder City web site.  12/16/2009
Comments 8

By John Novak, Henderson, Las Vegas and Summerlin Real Estate
(Keller Williams Realty The Marketplace)
Homes in Boulder City saw average selling prices rise 15.36% from September to October. The median selling price increased 2.13%. To find out more about buying or selling real estate in Boulder City, just give me a call at (702) 339-9700, or email me at JohnNovak@kw.com. (GLVAR deems information reliable but not guaranteed. Data is for MLS areas 701-702.) 11/21/2009
Comments 3

By Steve Andrascik
(Lake Mead Area Realty)
Boulder City, Nevada Air Show For all you aviation enthusiasts the Boulder City, Nevada   annual air show is scheduled to start on Saturday, November 7, 2009 at 9:00AM. It will end at 3:00PM on the same day. Last years show was great. More information about this and other events is available from the Boulder City website The photo at the left shows a parachutist from SkyDive Las Vegas landing after deploying smoke at the beginning of the event held at the Boulder City, Nevada  Muncipal Airport. Two youngsters are watching framed by a WW II fighter plane. The photo on the right is of an Extra 300 as it performs an acrobatic maneuver called the "Immelman". The airplane climbs almost straight up and and the top, the pilot kicks the rudder which turns the nose of the plane from going ... 10/16/2009
Comments 6

By Steve Andrascik
(Lake Mead Area Realty)
Boulder City, Nevada has been chosen by Money magazine as one of the best of 25 places to retire in for its 2009 picks. According to the magazine the choices are based on affordable housing, medical care, tax rates, and arts and leisure. Amenities in Boulder City, Nevada  include an indoor/outdoor swimming pool, racket ball and tennis courts and a weight lifting room. It has many green parks. The larges is Veterans Memorial Park which contains a world class BMX racing track. Every fourth of July it is the scene of a spectacular fire works display. The park also has baseball fields and a pond stocked with fish for the anglers. Boulder City, Nevada has a hospital, senior center and a laid back atmosphere. People will stop their cars for pedestrians as they cross the street. Passers by wil... 10/02/2009
Comments 3