By Laura Cerrano, Certified Feng Shui Expert, Speaker & Researcher
(Feng Shui Manhattan Long Island)
Feng Shui Advice: Enjoy the simple things In Life   This weekend I decided to take time out from my working schedule and enjoy the simple things in life. Stolling along a nature path along the North Shore of Long Island I came across some amazing flowers that caught my attention right away. I have to say it was fun trying to capture a photo of this little guy, you have to be quick with the shutter on your camera. 08/05/2013
Comments 1 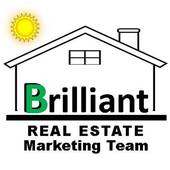 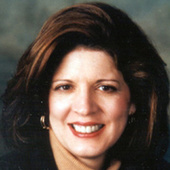 By Marie-Denise Kratsios, Where ever you are, that's where I'll be!
(Daniel Gale Sotheby's International Realty)
As everyone knows by now, a wicked storm ripped through Brooklyn, Queens, and Long Island last evening. The evening commute home was paralyzed.  My husband boarded his train at about 5:30 and didn't get to Long Island till midnight.  After 10pm everyone was told they had to disembark, walk about 15 minutes to a subway station where they could get a train to Jamaica station.  Even then, he wasn't able to get a train to Huntington.  I picked him up after midnight in Hicksville, about a half hour away from our home.  The husband of a friend of mine was stuck on the Grand Central Parkway due to the storm and didn't get home until 4AM.   In the Bay Hills area of Huntington, a charming beach community with narrow winding streets, several huge trees went down.  Miraculously, no one was hurt. T... 09/17/2010
Comments 0

Nothing is Further then your Own Backyard

By Laura Cerrano, Certified Feng Shui Expert, Speaker & Researcher
(Feng Shui Manhattan Long Island)
Every once in a while when I'm home, I catch a show I really like.  It's on the Discovery Channel and it's called "I Shouldn't be Alive."  It is done partly in reenactments and includes the people who have actually had some horrible experience where, statistically at least, they should not have been able to live through it.  Yet they did.  Some call it miraculous intervention, some call it very strong willpower and others call it sheer energy.  It's so intangible to some and so evident to others.  If you watch until the end of the show you will discover most have gone on to write books about their experience or become a motivational speakers.  And there is a common thread among ALL of them.  They are always asked about how the experience has changed their lives and it has to every singl... 06/13/2007
Comments 9
Explore Huntington Bay, NY
Huntington Bay, NY Real Estate Professionals