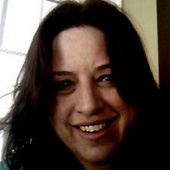 By Melinda Pearson
(Prudential Serls Prime Properties)
The wisdom we learned from Perfect Pets Rescue:  Red Hook, NY Why am I posting abourt PPR?  It is one of my favorite rescue groups.  Probably because I found my adopted dog, Sammy, through them.  I think it is amazing what PPR goes through to rescue these dogs.  They are fun to follow on facebook and twitter too because you hear the puppy's stories and then actually see them when they are rescued. Since this is my first blog in the Dog Lover's group.  I'll give a brief family history.  When my husband and I were dating, we found our chocolate lab, Grizzly through a breeder.  He was our first child.  The three of us had been through many things together.  Marriage, car accidents, the loss of our daughter, spinal surgery, knee surgery, the birth of two more kids...you know, life.  When Gr... 10/22/2009
Comments 2

By Diana Corcoran, Rhinebeck Real Estate
(Berkshire Hathaway Home Services Hudson Valley Properties)
General Information Hyde Park, New York, is a beautiful town located in Northern Dutchess County, New York, in the Hudson River Valley. The Hudson River borders Hyde Park on the East.   The area known as Hyde Park today was originally settled in 1742 by Jake Stoutenburg and was known as Stoutenburg. In 1812 the town was officially named Hyde Park.   The population of Hyde Park is approximately 21,000 according to the 2000 census. Hyde Park is approximately 40 square miles. The local people recognize certain areas of Hyde Park by different names but none are separate municipalities. These areas include East Park, West Park and Staatsburg.   Hyde Park has a town center along Route 9 and there you will find the town hall, the library, shopping, dining and all the routine services such as ... 04/22/2009
Comments 2

Symposium at the FDR Presidential Library- 400 Years: Life on the Hudson River

By Jennifer Fivelsdal, Mid Hudson Valley real estate connection
( JFIVE Home Realty LLC | 845-758-6842|162 Deer Run Rd Red Hook NY 12571)
This year in New York there will be the Quadricentenial celebration to mark the 4ooth  anniversary of the state and Henry Hudson exploration up the Hudson River. The Hudson Valley is blessed with many fine estates and The Great Estates Consortium is sponsoring a symposium entitled: 400 years: Life on the Hudson River.  This symposium will be held at the Henry Wallace Visitors and Education Center at the Franklin D. Roosevelt National Historic Site. So what can you expect? Talk on: The original people of the Hudson River Valley and their Treaties The lost Hudson River Camps of the Palatines The science of Chacellor Livingston. The Hudson-Fulton Celebration: New York River Festival of 1909 and the making of a Metropolis A panel discussion   WHEN: Saturday March 28, 2009 Cost: $55 -  inclu... 03/26/2009
Comments 9

By Diana Corcoran, Rhinebeck Real Estate
(Berkshire Hathaway Home Services Hudson Valley Properties)
Hyde Park Jewelers What A Great Place to Shop! Meet Laurie & Denise Have you ever driven past a business for what seems like forever and never stopped in? Well, I have! I have been driving past the Hyde Park Jewelers in Hyde Park, NY (in Dutchess County) for 30 years and never stopped in.  Last week, while having lunch with friends we all mentioned we needed new batteries for our watches.  I asked my friends where they went for new batteries...they both said The Hyde Park Jewelers.  A few days later I was on my way to my real estate office in Poughkeepsie and decided to grab my watches and stop in at The Hyde Park Jewelers on my way by.  When I entered the store I was immediately greeted by two lovely, very professional women, Laurie Cusher the owner and her associate Denise.  I was al... 03/09/2009
Comments 2

By Diana Corcoran, Rhinebeck Real Estate
(Berkshire Hathaway Home Services Hudson Valley Properties)
Hyde Park, NY (Dutchess County) Homes for SaleJanuary 2009 Market Report The Hyde Park (Dutchess County) NY real estate market was fairly active in January of 2009.   There has been a sense that "something is happening" in our local market and I think the data supports that thinking.  Here is an overview:Active Listings:      102Accepted Offers:     12Under Contract:        4Total Closings:           6The average sale price was $202,667.The average days on market was 130.The highest priced home closed was $330,000 and the lowest priced home sold was $85,000.Hyde Park is home to the Franklin D Roosevelt National Historic Site and Presidential Library. It is also home to Valkill, Eleanor Roosevelt's home and the Culinary Institute of America. If you are thinking of buying or selling a hom... 02/11/2009
Comments 4 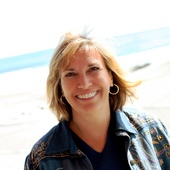 By RE/MAX BEACH HOME REALTY, Geraldine Rescigno ABR CRS, e-PRO, RSPS, SRS
(RE/MAX BEACH HOME REALTY)
I recently went up to visit family in New York State.  Of course my children know when we are getting closer because it is no longer flat, as we are use to in New Jersey.  One of the tours we went on was held at the Culinary Institute of America.  I would highly recommend this tour if you are in the Hyde Park area on a Monday morning or Thursday afternoon.  There is alot of interesting information provided along with several choices for dining.  Even if you can't make the tour, a stop for lunch or early dinner is a must! 11/10/2008
Comments 0

By Jennifer Fivelsdal, Mid Hudson Valley real estate connection
( JFIVE Home Realty LLC | 845-758-6842|162 Deer Run Rd Red Hook NY 12571)
Hyde Park Real Estate Hyde Park is a very active real estate market in Dutchess County.  It is located next door to Poughkeepsie where you will find the county offices.  It is also just minutes away from the train station.  This station is a popular one for commuters. In Hyde Park you will also find many historical sites, and  the Culinary Institute of America is also a popular destination So what did the real estate report for August reveal? 128 Active listing with an average list price of $322,358 and price range from $9,000-$1699,000 6 New 16 Offers 5 Price Change 2 Extended 4 Contracts 13 Sold with average listing price of $246,613, average selling price of $229,715 and an average $/SQFT $149   *****Data used to compile report obtained from MidHudson MLS Service.   Jennifer Fivelsd... 09/06/2008
Comments 4