By Dawn McCurdy - Real Estate Broker, Albany, Rensselaer, Saratoga & Schen Counties
(McCurdy Real Estate Group, Inc.)
If preparing your home for a successful sale or wanting to know the value of it  are what you have been thinking of lately, allow me to make things easier for you and turn this into a beautiful experience and get the outcome that you want.  Congratulations on putting so much work into making your home valuable and always at the top of the line.  Now,  seeing the fruit of your labors is beyond rewarding.  This is what makes my job more meaningful and fun. To help homeowners, like yourself, have a clear understanding of where you are at when it comes to your properties.  You may have already started considering several factors for home appraisals but online data can be a minefield and may show you terms that seem difficult to understand.   This is where I come in.  It is important to know... 06/04/2017
Comments 1

By Carl Ekberg, Ekberg Properties
All things considered, it's pretty easy to understand why people are so compelled by real estate in Loudonville. What is NOT so easy to understand, however, is why Loudonville is named Loudonville. As we covered earlier, the area is named after John Campbell, the 4th Earl of Loudoun. But why, exactly, did the 4th Earl of Loudoun get this distinction in the first place?   Naming conventions generally dictate that when a place is named after a person, they were either a luminary, landowner, explorer, hero in some capacity, or had ties to the place. All the 'San' cities of California were named by Spanish monks in honor of saints; almost without exception every Washington was a tip of the hat to the founding father; Rennselaer was named after the powerful landowning family; the Hudson Rive... 07/10/2013
Comments 1

The Beginnings of Loudonville, Part 2

By Carl Ekberg, Ekberg Properties
Welcome back to Live Out Loudonville, a blog about life and real estate in Loudonville. We left off part 1 of our look at the history of real estate in Loudonville while the area was still part of the Patroonship of the van Rennselaers, and now trace the history of Loudonville from The Last Patroon to present day.   Part 2 – Ireland Goes Missing   Incredibly, the van Rennselaer holdings remained basically intact through the tumult and turmoils of hostilities in the New World, including the contest for control of New York between the Dutch and English, the French and Indian war, the American Revolution, and the War of 1812.   That's not to say, of course, that there weren't challenges to the idea and practice of Patroonships from Americans accustomed to the ideals of Jacksonian democra... 07/09/2013
Comments 0

The Beginnings of Loudonville, Part 1

By Carl Ekberg, Ekberg Properties
This, dear reader, is (as you've probably discerned) the inaugural post of LiveOutLoudonville, a blog about life and real estate of Loudonville, New York. Being the christening entry, and seeing as we're starting at the beginning, it only seems fitting that we begin our look at Loudonville in its very beginning, too.   Part 1 – Going Dutch        Just north of Albany, the real estate that was to become Loudonville traces its western history to Henry Hudson's discovery of New York. Although himself an Englishman, Hudson was working under the auspices of the Dutch East India Company, and as colonization was all the rage, the Dutch claimed the area as their own. New York (as well as parts of Connecticut, Delaware, and New Jersey) was then known as New Netherland, and upon Hudson's return... 06/20/2013
Comments 2 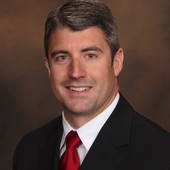 By Michael Field, THE HOME FIELD ADVANTAGE
(Field Realty - Broker/Owner)
The Town of Colonie is an extremely popular, desired place to settle for many reasons. Being raised in the town and living here for all of my 27 years, I have a lot of good to say about it. A few of the most common reasons home buyers are attracted to this area are for the following: Great school systems- The town is divided into the North & South Colonie School System. North Colonie has 6 elementary schools within the district & one middle school. It has always been thought of as a well respected school system. The South Colonie School system has five elementary schools, 2 middle schools and the high school. Low taxes- The support of the major commercial roads (Wolf Rd., Central Ave., Rt 9) have attributed to a tax base that most other municipalities are without. Because of this large ... 04/06/2009
Comments 2
Explore Loudonville, NY
Loudonville, NY Real Estate Professionals