By BILL CHERRY, Broker & Wealth Coach
(Bill Cherry, Realtor)
While I never thought I could afford to stay at the Carlyle Hotel on Madison Avenue in Manhattan, I spent many evenings in the windowless Café Carlyle enjoying the music of famed cabaret singer-pianist, Bobby Short.  In fact I was there so often over the years, that we actually became first-name basis friends.When Bobby died of leukemia in March of 2005 at 71, it became apparent to me that those who entertained small houses of live audiences, night after night, were vanishing and there were few, if any, replacing them.  A tragedy in the making.Bobby Short was to the Café Carlyle what Sylvia Sims was to the Oak Room at the Algonquin Hotel.  And she's gone, too.And while Michael Feinstein has his spot at Lowe's Regency, he is rarely there tp perform, preferring instead to tour and play fo... 11/14/2007
Comments 1

By Mitchell J Hall, Lic Associate RE Broker - Manhattan & Brooklyn
Hotel des Artistes - 1 West 67th Street  Upper West Side Originally built to house painters and sculptors, this beautiful 1918 building - with studios that feature double-height windows and wonderful light - quickly began to draw artistic residents from other fields. In 1922 Rudolph Valentino America's hottest movie star at the time rented a bachelor pad at Des Artistes, even though he was married to his second wife, Natasha Rambova at the time.  Actually he was still married to his first wife, Jean Acker because his divorce in California would not be final until the following year. Valentino was charged with bigamy in California. Fed up with Hollywood's provincialism, Valentino and Natasha escaped to New York. Not wanting any more trouble from the authorities Valentino moved into des A... 11/02/2007
Comments 14

By Mitchell J Hall, Lic Associate RE Broker - Manhattan & Brooklyn
While former NYC Mayor and new Red Sox fan Rudy Giuliani is getting Bronx cheers all the way to Brooklyn along with tabloid headlines: "TRAITOR" Daily News "RED COAT" NY Post ... Hillary Clinton celebrated her 60th Birthday to a packed house at the landmark Beacon Theatre on Manhattan's Upper West Side Thursday night. The celebration was hosted by Billy Crystal with entertainment by the Wallflowers and Elvis Costello.   The lead singer of the Wallflowers Jakob Dylan is Bob Dylan's youngest son.     Chelsea and Bill Clinton celebrated Hillary's 60th Birthday on stage. Elvis Costello and the Wallflowers sang Happy Birthday to Mrs. President. 10/29/2007
Comments 18

By Irene Starygina
(The Real Estate Group)
After leveling off slightly last month, the Manhattan apartment rental market continues to weaken following this summer's peak. An analysis of current rental rates found that all average apartment rents throughout the city decreased in October, resuming a correction in the market that started unseasonably in August. First, here's a brief summary of most / least affordable neighborhoods found on Page 4 of the Manhattan Rental Market Report. All rents represented are averages per neighborhood (NOT median!)In the non-doorman category, Tribeca is the most expensive neighborhood for all apartment sizes. In the same category, the Lower East Side has the cheapest studios ($1,752). Shockingly, the Upper West Side currently has the best deals on 1-beds ($2,230), and Midtown West has the most aff... 10/23/2007
Comments 1

Halloween Celebration for Young, Old and In Between New Yorkers

By Anthony Carollo
(Carollo Real Estate Inc.)
According to a recent article, Day and Night on NYTimes.com, the relationship between homeowner and Manhattan real estate is comprised of many compromises.  Most real estate does not satifsy every homeowner's requirement, but it's true that most homeowner's do not consider some important factors while deciding whether or not to purchase real estate.  Homeowner's have become savvy in viewing real estate in day and night light.  But, the catch is, rarely have these same prospective buyers thought to view the same property's neighborhood in day and night light.  This article argues that many lively neighborhoods can take a turn for the worst once dusk falls.  Read the entire article Day and Night on NYTimes.com 10/15/2007
Comments 1 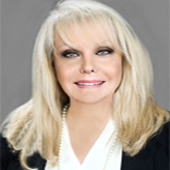 By Ross Ellis
(Halstead Property, LLC)
Manhattan sales prices continued upward. There was and still is a shortage of inventory for Manhattan sales and rentals. Buyers are purchasing apartments and quickly ...apartments in Manhattan don't stay on the market for long. There are many qualified buyers who are either paying cash or who fully qualify for  mortgages with a great deal of post-closing assets.  Manhattan real estate is at the top of its game! View Halstead Property LLC's 3rd Quarter 2007 Market Report Here!   10/05/2007
Comments 0

By Mitchell J Hall, Lic Associate RE Broker - Manhattan & Brooklyn
It might be Fall in Manhattan but neither temperatures or home prices are falling here. It's 85% today and the third quarter of 2007 was HOT! too. So far Fall traditionally a slow period is HOT! as well. We are still seeing crowded Open Houses, bidding wars, low inventory and lots of activity. Major NYC brokerage firms reported third quarter 2007 sales reports this week. On average buyers paid the highest prices ever for real estate in Manhattan during, July, August and September of 2007. The average price for a Manhattan apartment in 3Q-07 was $1,370,000 an icrease of 6.3% from 3Q-06 Apartment inventory declined by almost 1/3. 5,204 3Q-07 from 7,623 in 3Q-06 Prices rose in every type of apartment in most Manhattan neighborhoods Upper East Side apartments with 4 bedrooms + - average pri... 10/05/2007
Comments 6

By victor Marz
(The First Mark Group, LLC)
I need buildings in nyc have cash buyers//   please no brokers  only deals direct w/ owner  email if u own building and looking to sell. 10/03/2007
Comments 1

Where The Day Takes You....

By Laura Cerrano, Certified Feng Shui Expert, Speaker & Researcher
(Feng Shui Manhattan Long Island)
One thing I never wanted to do was lead a boring life.  I've had my share of "Groundhog" days with each day a repeat of the last and I was miserable.  It took much courage (or total stupidity, I haven't decided yet) that while raising two children and owning a home ALONE whether to finally quit my reliable, guaranteed income producing job with benefits to pursue a dream.  My last day of work I took off my watch as I was no longer be dictated by time.  Sink or swim, I was on my own.That is exactly why I don't make many plans.  If I'm going to a show in the City, for example, I could be completely immersed in something else and don't want to leave but there's another place I have to be.  There's much to be said for "playing it by ear."  After our New York City trip to The San Gennaro Feas... 09/28/2007
Comments 20

You need Persistance AND Creativity in New York City

By Laura Cerrano, Certified Feng Shui Expert, Speaker & Researcher
(Feng Shui Manhattan Long Island)
I am all for taking some time out for just plain FUN.  I make it a point every year to go to the Annual San Gennaro Feast, Manhattan's biggest, most famous and longest running "festival."  This year was the 80th Festival and that's one LONG time.  If you've watched The Godfather, you've probably seen parts of it on TV.  Being there, however, is a little different!I always go with my daughter and the weather called for a bright, sunny day.  One of those picture perfect days for strolling around the city.  A little background:  The San Gennaro Feast is held in the Little Italy section of Manhattan and covers many blocks.  At the end, you end up in Chinatown.  San Gennaro is the Patron St. of Naples and annually over one million people attend.  The Statue of San Gennaro is paraded down the... 09/25/2007
Comments 26 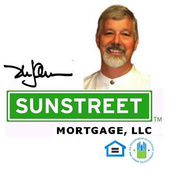 My Perspective: The Significance of Rebuilding Ground Zero

By Mike Jones, Mike Jones NMLS 223495
(SUNSTREET MORTGAGE, LLC (BK-0907366, NMLS 145171) )
9-11 has come and gone for the sixth time, but the REAL ESTATE where the Twin Towers stood is still a hole in the ground.  Progress is being made for the Freedom Tower and surrounding complex. What will be built?  Not merely a memorial, although history will require it.  Not only a tribute, such as we have in Oklahoma City, although broken hearts need a place to grieve and remember.  In addition to these things, the Freedom Tower will be a vibrant, useful center of human interaction and commerce standing tall once more behind the Statue of Liberty.      With the 2008 presidential election already underway, this should be something that brings us together as a nation.  Are you a Democrat?  A Republican?  It just doesn't matter.  Neither Liberty nor Success belong to a political party.   ... 09/14/2007
Comments 9

By Mitchell J Hall, Lic Associate RE Broker - Manhattan & Brooklyn
The National September 11 Memorial & Museum located at Ground Zero began a national tour that started in Columbia, South Carolina The exhibit will be at Finlay Park 930 Laurel Street today from 12noon-6pm To involve as many people as possible, the Memorial & Museum have created a traveling exhibition that tells the story of September 11 from the point of view of victims' families, first responders, survivors, and everyday people who came together on that terrible day and in the agonizing days that followed. The traveling exhibition offers Americans the opportunity to come together again to pay tribute to those who were killed on September 11 as well as to support the heroic first responders whose selfless acts saved thousands. Individuals and communities across the country will have a ... 09/10/2007
Comments 5
<< Previous 1 2 … 206 207 208 209 210 211 212 213 214 215 216 217 Next >>
Explore Manhattan, NY
Manhattan, NY Real Estate Professionals