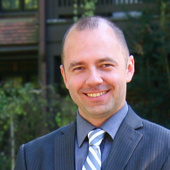 By Bart Olszewski
(Keller Williams Landmark II)
Hi, so Ridgewood is an up and coming neighborhood. Its well connected to Manhattan via the M subway line, with hip coffee shops like Spolem and lots of affordable real estate deals. But you already new that. So, here is my new listing in Ridgewood. This is a fun multi-level condo, with flexible space and modern interior. Paring space is included, grounds are beautiful and there is a gym in the complex! You've got to see this one. Priced at $369,000 with 12,000 sq feet it will not last. Check out the video and contact me for a private viewing!    11/08/2011
Comments 0

By Vicente A. Martinez, Realtor, Brooklyn - Long Island - Queens Homes
(Prudential Douglas Elliman Licensed Real Estate Salesperson)
Fast. Easy. Automatic. FREE! AllNYListings.com is a FREE service to help area home buyers find their dream home. Your first email will list all homes currently for sale that meet your search criteria. Then each morning you will be emailed a list of all of the new homes for sale and price changes since your previous search. No more having to rely on manual searches. Start your auto-email home search today! It's just that easy! SEARCH over 50,000 homes online for FREE and be the first to know about HOT NEW LISTINGS before other buyers do, please visit http://www.allnylistings.com/ 07/13/2008
Comments 0

By Vicente A. Martinez, Realtor, Brooklyn - Long Island - Queens Homes
(Prudential Douglas Elliman Licensed Real Estate Salesperson)
Disturbia, a thriller about a housebound teenager convinced his neighbor's a serial killer. The flick opens with young Kale (LaBeouf) enjoying a nice day of fishing and bonding with his dad. Catastrophe hits on the way home, his dad is killed, and a year later, Kale's a brooding freeloader, blowing his top and punching out a teacher who makes an thoughtless comment about his father. He's placed under house arrest at the home he shares with his mom. An electronic ankle bracelet monitors his location, tipping off the cops if Kale gets more than 100 feet from the house. Kale settles in for playing videogames and downloading music, but his mom takes away his Xbox and cancels his iTunes subscription. Bored stiff, Kale becomes a peeping tom, spying on his neighbors, mainly the hottie who's j... 06/29/2008
Comments 5

By Vicente A. Martinez, Realtor, Brooklyn - Long Island - Queens Homes
(Prudential Douglas Elliman Licensed Real Estate Salesperson)
Nightmare Man is one of the most awful low-budget horror flicks I´ve ever seen. It´s so weakly shot and lit that half the time I didn´t know what the hell was going on. One could dispute the fact that Lionsgate releases cheesy, low-budget flicks such as this to DVD on a weekly basis. The major distinction here is that they choose to release this film for a theatrical run as part of the second After Dark Horrorfest that crept into theaters for a weekend last fall. Nightmare Man has no business at all being shown on the big screen, let alone being branded and advertised as one of the "8 Films to Die For." The dreadful acting, pacing, high-school drama-class makeup, and sloppy plot devices in "Nightmare Man" aside, its main dilemma is the awful camera work and missing lighting. I appreciat... 06/08/2008
Comments 4

By Vicente A. Martinez, Realtor, Brooklyn - Long Island - Queens Homes
(Prudential Douglas Elliman Licensed Real Estate Salesperson)
The story in "Flushed Away" is simple and not particularly original, but it's told cleverly (with a screenplay by five writers and direction by animation veterans David Bowers and Sam Fell), with daffy British humor, split-second sight gags and smart dialogue. Roddy (voice of Hugh Jackman), a pet mouse in an upscale London apartment has his life interrupted by the arrival of a sewer rat named Sid. Adding to his vexation: While trying to flush Sid down the toilet, Roddy gets himself flushed instead. I guess if it isn't one thing, it's another, when you're a pet mouse. The upper-class Roddy now finds himself mingling with the common mouse, rat, and other subterranean creatures in an underground city built specifically for mouse-sized animals and made from trash and debris cast away by th... 05/25/2008
Comments 4

By Vicente A. Martinez, Realtor, Brooklyn - Long Island - Queens Homes
(Prudential Douglas Elliman Licensed Real Estate Salesperson)
A key to protecting the investment you've made in your home is by following a regular maintenance schedule. By performing preventative maintenance on an on-going basis, you'll avoid many of the big ticket repair items that can lower the value of your home. Here are helpful checklists for monthly and spring maintenance. Inside Your HomeTest your smoke alarm and carbon monoxide detector.Check the filters on your heating and cooling systems.  Be sure to clean and change according to the manufacturer's schedule.If you have a humidifier or an electronic air filter, check these as well.  Check faucets for drips. Check plumbing for leaks.Check furnace air filters each month during the heating season.  Clean or replace as necessary.Inspect fireplace, wood stove and chimneys.  Have each clean an... 03/27/2008
Comments 5
Explore Ridgewood, NY
Ridgewood, NY Real Estate Professionals